Rachel Clow and the Caller-Times donated a brand new dispenser. 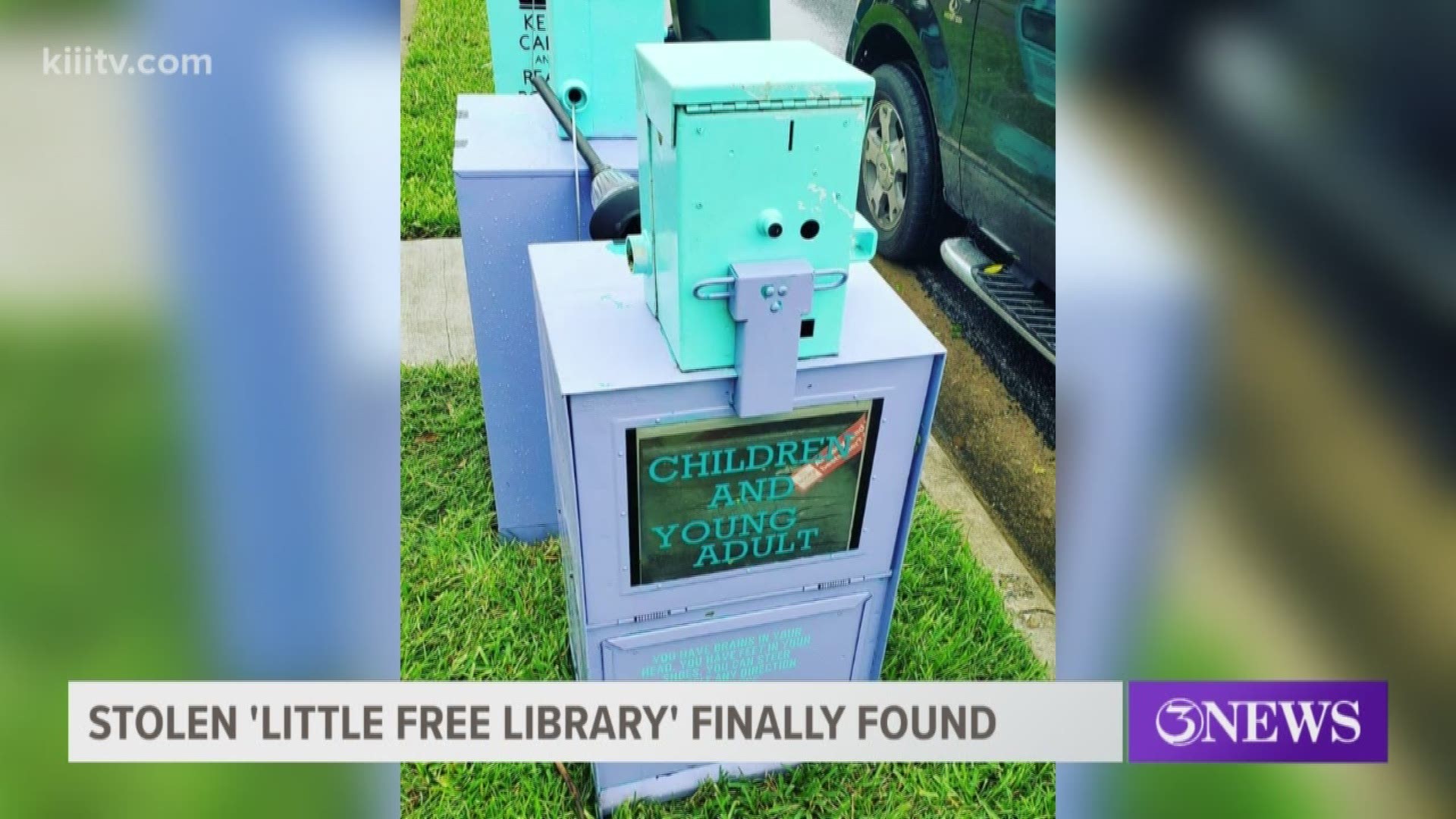 According to a Facebook post, the dispenser was banged up and will need some paint touch-ups. The books that were still inside the dispenser were destroyed by the rain. 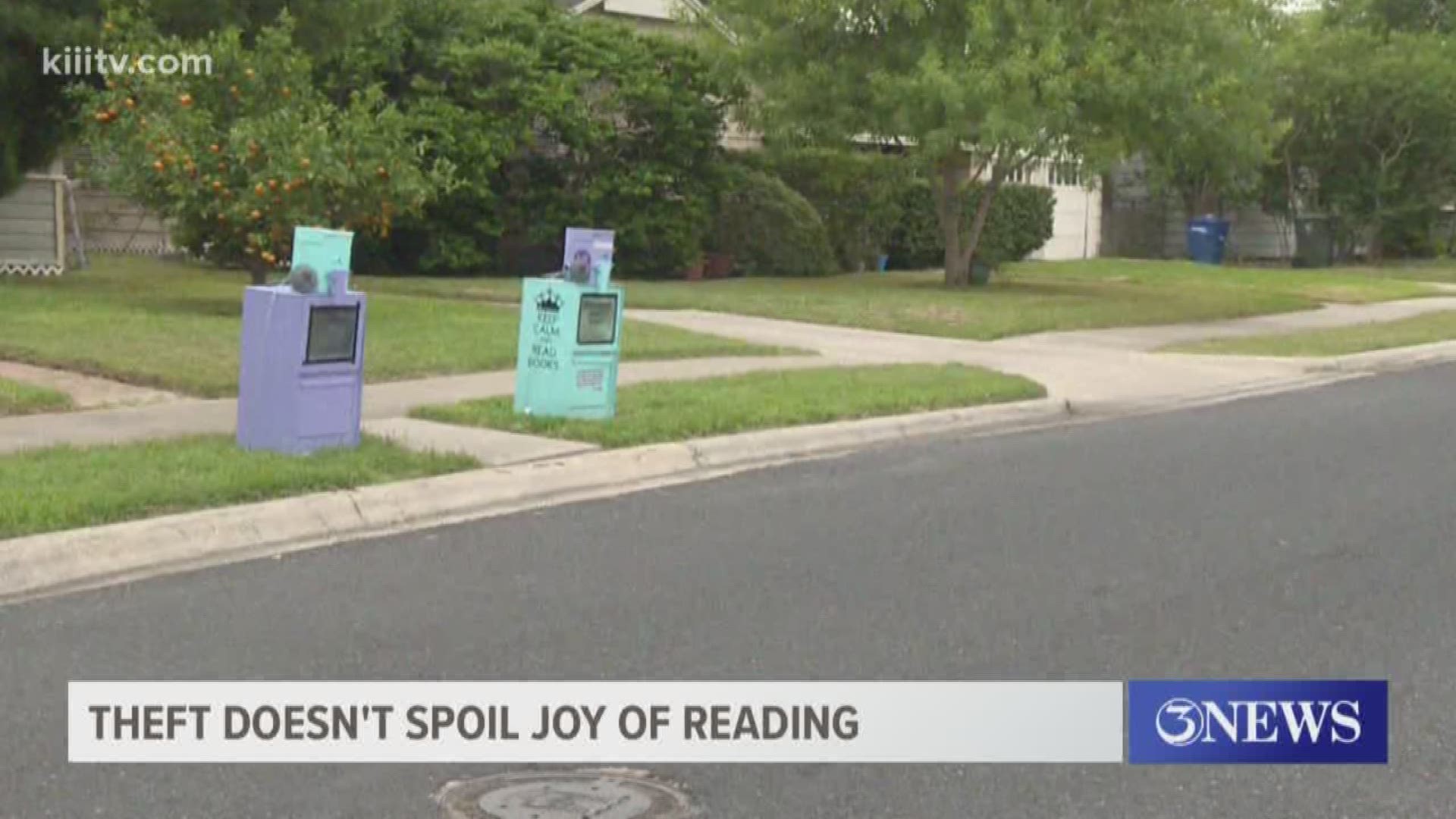 The search is on for whoever stole a 'Little Free Library' off of Alameda.

"We woke up Saturday morning, and came out to get the newspaper, and realized we were one less dispenser," Liz Perez said.

One of the dispensers outside of her home was missing.

"It was just upsetting," Perez said.

The library works on an honor system.  You take a book and leave another one in its place.

Perez was upset because it was something she and her husband had put a lot of time and effort into, and it ended up being more popular than they thought.

"Really, we wanted to encourage people to do more reading," Perez said.

The library allows residents to reach in and take a book, but the thief ended up taking more than a book.  They made the entire dispenser.

A check of Perez's doorbell camera caught the suspect in the act around 2 a.m.

It was tough for Perez to see the culprit because of the lack of street lights.

"Granted, it wasn't a robbery in the house, but I still felt violated.  It was something we put our own time starting," Perez said.

Perez was not the only person who felt violated.

"People reaching out to us made it even more upsetting, because I really started to see the impact that it had," Perez said.

Rachel Clow and the Caller-Times donated a brand new dispenser.

Books by the caseload also started showing up thanks to a significant donation by Child Development students at Del Mar College.

"I also felt this was timely for us. We were set to give her several hundred books," Benita Flores-Munoz said.

Perez has since bolted down the dispensers and now is grateful for the community's response following the theft.