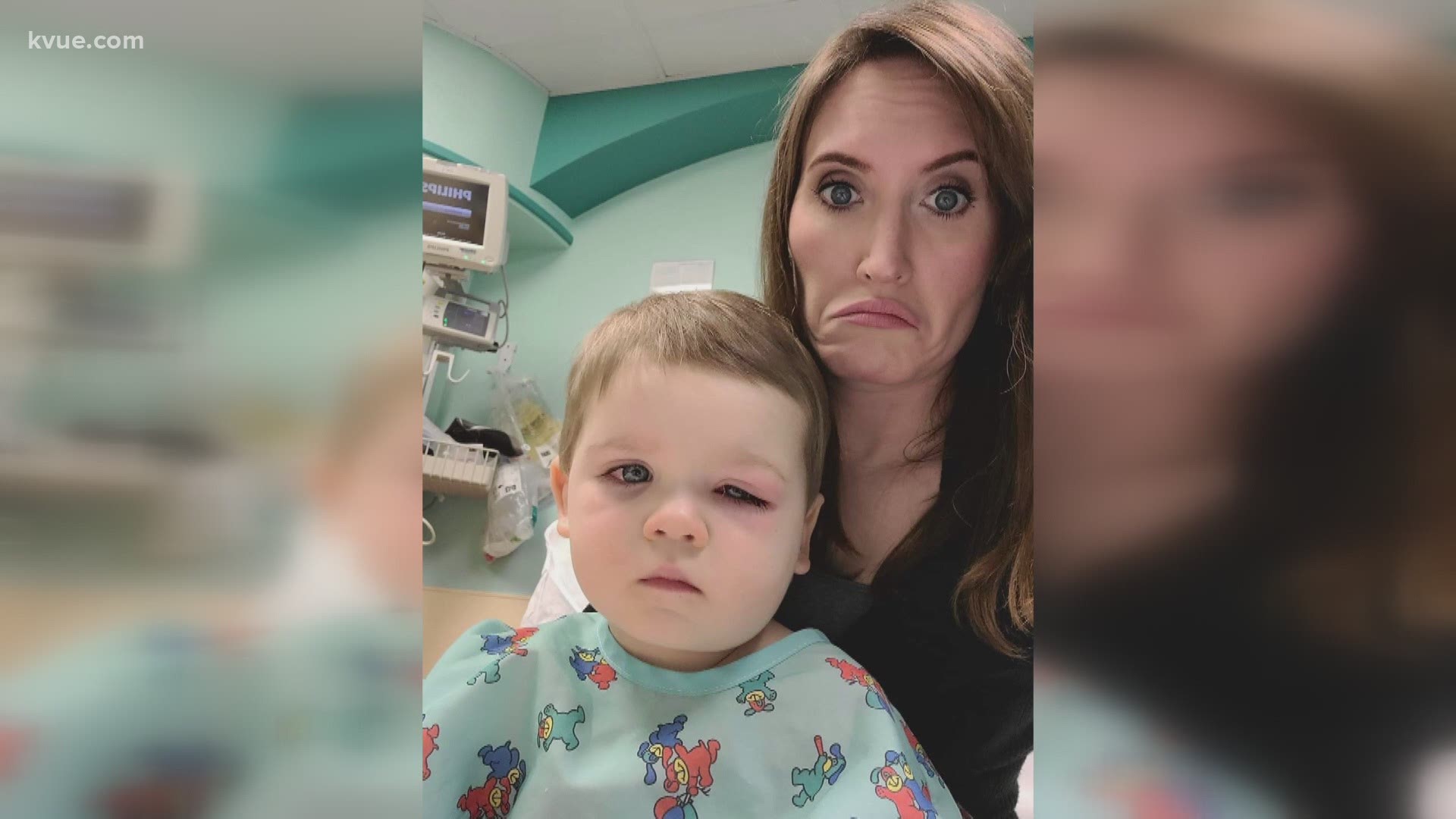 CHICAGO, Illinois — WARNING: Some photos in this story are graphic.

A Chicago mother is warning other parents to wash their children's bath toys thoroughly.

Eden Strong is a journalist and mommy blogger. We caught her story in an Austin Facebook group for moms.

She said her two-year-old son, Baylor, nearly lost his vision after contracting a bacterial infection from one of his bath toys.

Strong said the nanny was giving him a bath when he accidentally squirted water from one of those tub toys into his eye. Later that evening, Baylor's eye turned pink.

Strong said they took him to an urgent care facility but her son's eyes and face got worse.

"If I thought I was horrified before, I was 10 times more horrified. Now his eye was actually coming out from between his eyelids and I just remember screaming at my husband to call 911 or to get the car. My husband knows that I'm a bit dramatic. So he was kind of like, 'I'm coming, you're fine.' And he looked at them and he was like, 'Agh!" Strong said.

So they rushed Baylor to an emergency room.

"I was a little hesitant at first to do the CT scan because, you know, you don't want to put your baby into something that has so much radiation and they were pretty firm that this needed to happen. He could lose his vision. That could spread to his brain. And I just never would have thought that a bathtub toy could have done something like this," Strong said.

Baylor has made a full recovery.

Strong said the incident actually happened in March during the start of the pandemic but she is only sharing the story now because there was just too much fear of COVID-19 back then and she didn't want to add to it.

You can read more about Eden and Baylor at EdenStrong.com.