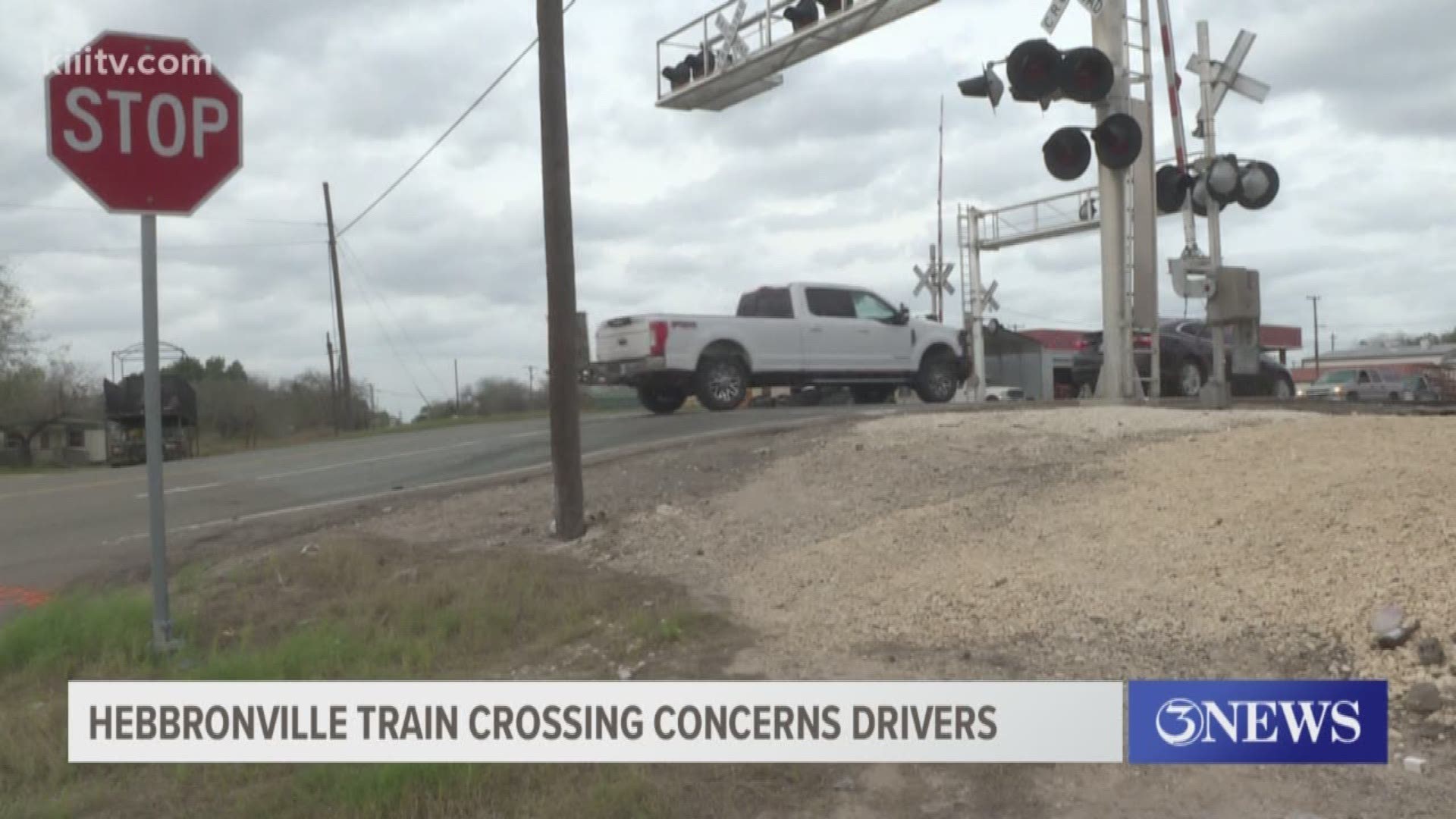 HEBBRONVILLE, Texas — It's a major roadway in Hebbronville, Texas, South Smith Avenue sees a lot of traffic all day long.

When an 18-wheeler truck trailer got stuck on the railroad crossing, it had a ripple effect throughout the whole area.

"This is a big deal for our community, this is the main road, yesterday it caused chaos in our community for more than four hours," Jim Hogg County Judge Juan Carlos Guerra said.

The crash, which happened on January 14th wasn't the first time. Less than six months ago, a similar situation unfolded in the same location.

RELATED: Train accident in Hebbronville cuts 18-wheeler in half

"At that time we contacted our state representative, we contacted TxDOT, representatives, and we had a meeting, the ones that failed or to come in and discuss the issues or the concerns that we have in Kansas City which is the railway," he said.

Guerra said the steep slope has caused tractor-trailers to get stuck at the crossing. While there are warning signs on both sides of the crossing, the Judge said something more must be done.

"I said this is very serious for our community it's a safety hazard, this isn't about signage from TxDOT this is about how they want the roadway where the railway to come in at, an elevated area, there where these 18-wheelers are getting stuck," he said.

"The Kansas City Southern Railway Company is not aware of any missed meetings and is prepared to work with TxDOT and local officials to address the condition of the approach to the crossing. KCS has proposed a meeting ate with officials in February on this topic."

Judge Guerra reminded drivers to be alert of traffic when traveling in the area and to always stop when trains are crossing.