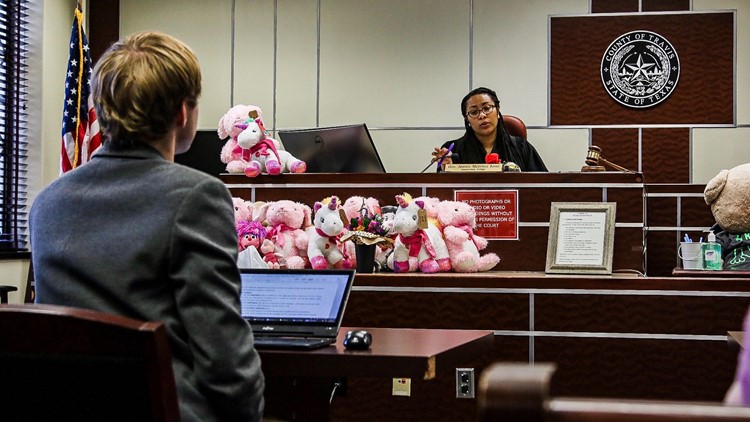 AUSTIN, Texas — For many children going through the foster care system, Child Protective Services court is a scary place.

But a judge in Travis County is doing what she can to make it a little easier for kids to deal with.

"I don't know if it's something inside of me that just loves to make children smile, but I felt a little empty that I didn't have anything to hand to them once they were able to come to visit with me and leave," said Jones. "The stuffed animals just have that automatic effect on children, so it's very helpful."

It's a small gesture that Jones said makes her job easier.

New York man adopts 5 siblings so they can stay together

"It really does help me build a better connection with that child, so that child can let me know from their perspective how they see the world around them ... how they see the case," she said. "Especially when they walk into a room full of stuffed animals, they're able to drop their guard a little bit and feel a little bit safer and I've had some kids tell me some really tough things."

Last week, her collection was starting to dwindle. So when a kid she has seen regularly told her it was looking "sad" she knew she needed to restock.

"And I looked over at my clerk and said, 'Oh, no, we're going to have to figure out where the next donation is going to come from," said Jones.

PHOTOS: Stuffed animals in the courtroom 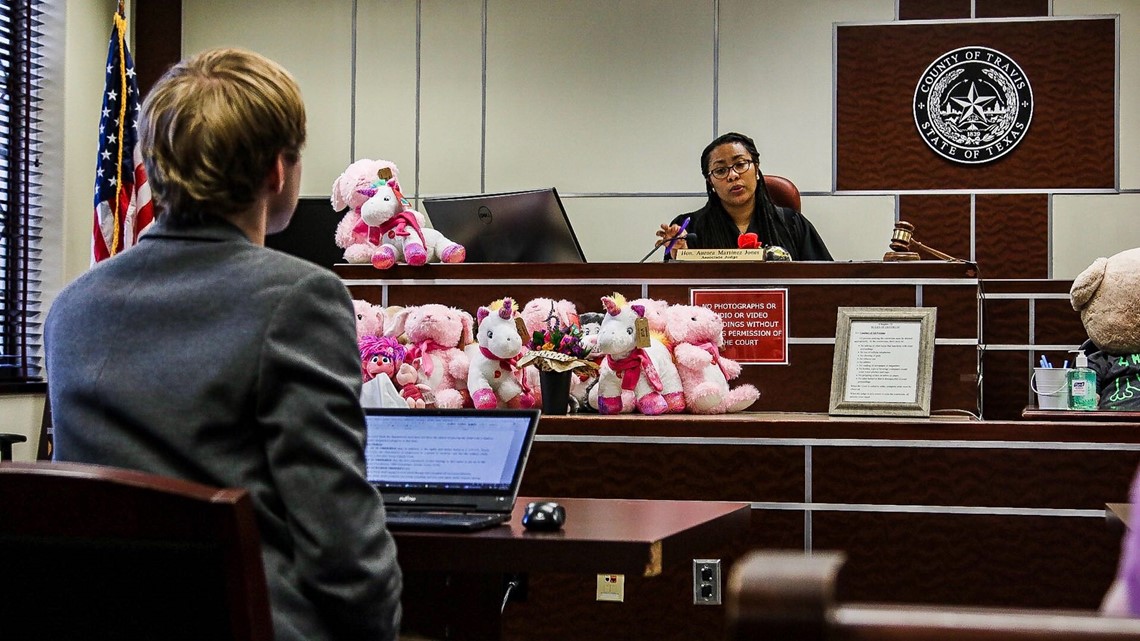 Briget Elliot is Jones' clerk. She decided to reach out on Facebook and asked her neighbors to help, not knowing how many they would get.

"She came in with so many stuffed animals, this may be the biggest collection of donations we've gotten so far," said Jones.

People giving what seems like a small gesture to help a court help others.

If you would like to donate stuffed animals, Elliot says you can bring them to the Travis County courthouse in Austin.

Mayor Adler: Austin can now do 'the real work' after homeless ordinance changes

Asp caterpillars are starting to pop up again in Central Texas

'You're killing me, smalls!' Central Texas kids hope to meet 'The Sandlot' cast