Emergency action taken for catching trout in South Texas, according to TPWD

The new regulations include a three fish bag limit and trout must be above 17 inches and no bigger than 23 inches. 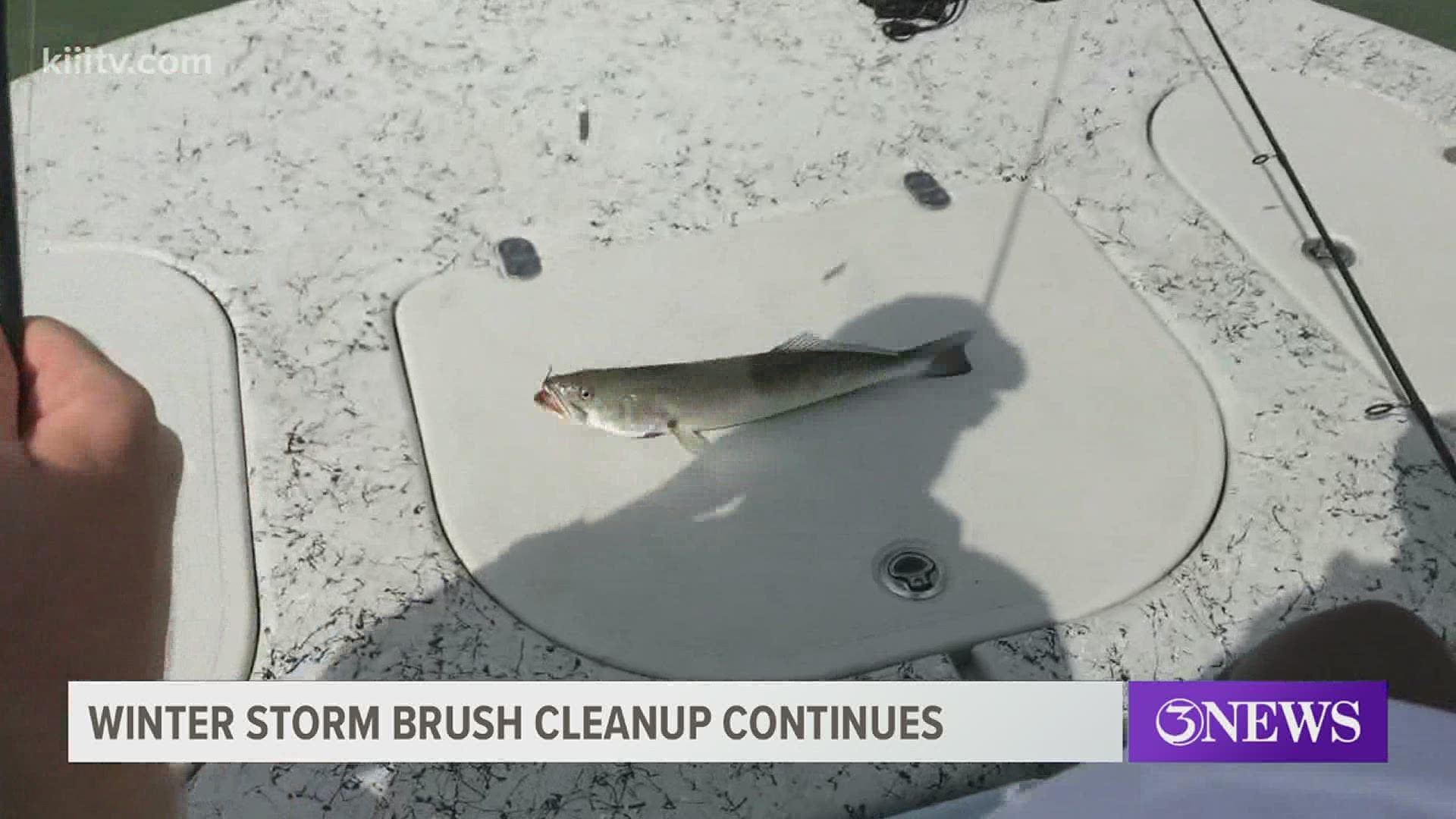 CORPUS CHRISTI, Texas — Earlier this week, 3News learned that red snapper is still plentiful in our area, but that's not necessarily true for trout.

According to the Texas Parks and Wildlife, they were hit hard during last month's big freeze.

Lexis Greene explains what it could mean for trout limits in the months ahead.

According to the TPW commission, emergency action has been taken to change bag and size limits for trout in the upper and lower Laguna Madre.

"The trout population has really been hit hard and if we would like to continue to see trout, we need to take emergency action to protect the species,"

According to Texas Game Warden Lerrin Johnson with the TPWD, the new regulations for spotted sea include a three fish bag limit and the trout must be above 17 inches and no bigger than 23 inches in order to be kept.

"We want the trout populations to be able to breed and kind of bounce back and recover after this massive fish kill event as well as our fisheries stocking program."

Lerrin said this action plan ranges from south of the JFK Causeway, including the adjacent beachfronts from Packery Channel, to the Rio Grande River.

The regulations began April 1 and will expire after 120 days. However, it could be extended out an additional 60 days if needed.

"The catch and release program is definitely the best way to reduce some of the pressure on the trout, so as a general fisherman keep only what your family needs to eat, just a suggestion to help them recover faster"

According to TPWD, those in violation of the new trout regulations could face citations from $25-$500.

These changes will take effect on April 1 and are valid for up to 120 days, but may be extended another 60 days if warranted. The Laguna Madre encompasses two bay systems, Upper and Lower Laguna Madre. It ranges from south of the JFK causeway near Corpus Christi (including the adjacent beachfronts from Packery Channel) to the Rio Grande river in south Texas. The emergency action will be  reevaluated once additional data is gathered by Coastal Fisheries biologists during the spring sampling season. This information will provide a better indication of the freeze impact to fish populations.

“I am confident that our spring sampling will help us get a better picture of the impacts to fish populations since the February fish kill event. In the meantime, the Commission took the action to help conserve the fish we have now and accelerate recovery,” said Coastal Fisheries Division Director Robin Riechers.

Biologists expect this type of management action to result in an increase in population numbers since more mature fish are left in the water to spawn during the spring through summer spawning season. This coupled with spotted seatrout production at TPWD coastal fish hatcheries will accelerate recovery.