Emma's project won Grand Champion in 2018, and Jaclyn won the year before. 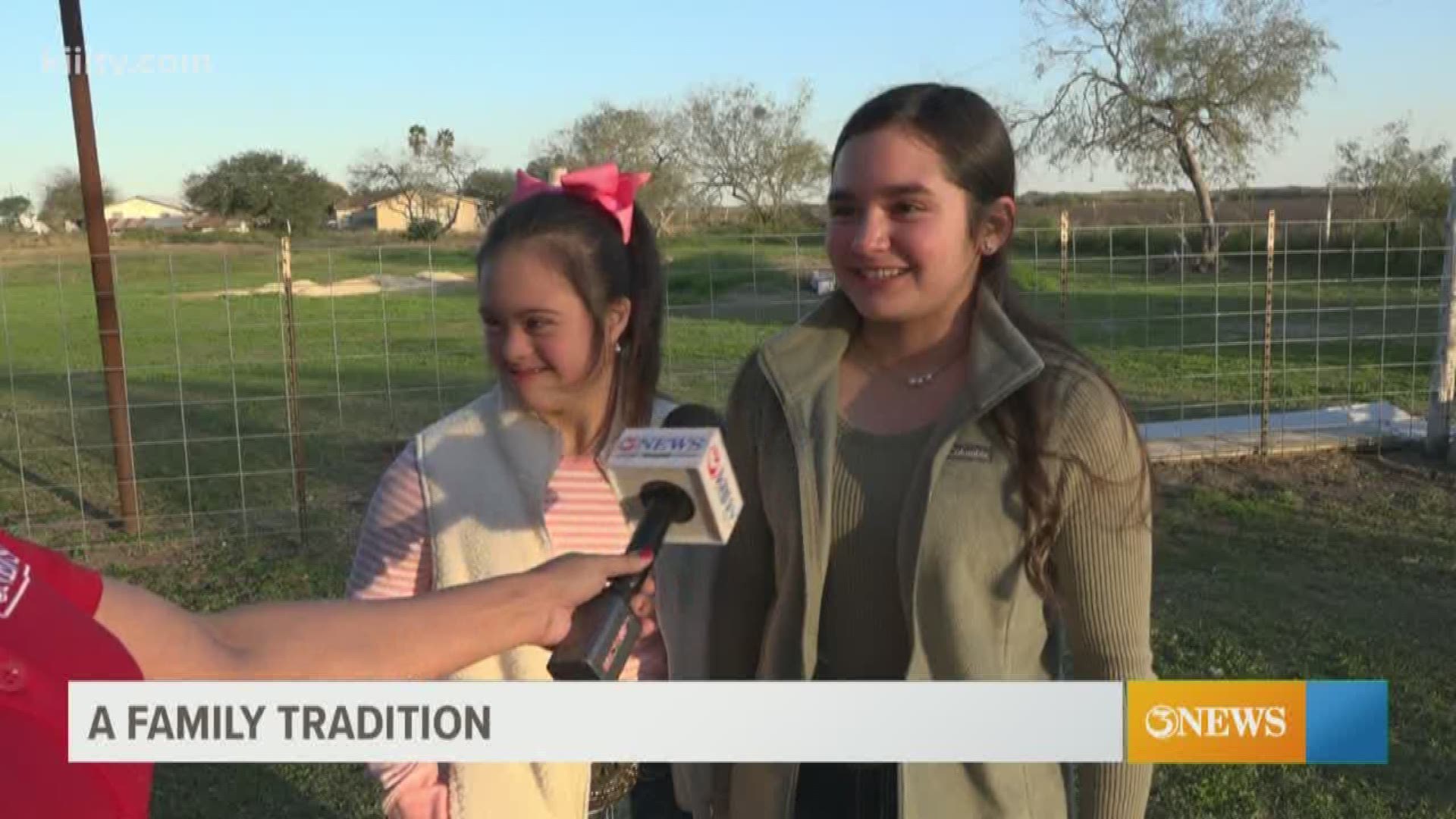 BANQUETE, Texas — Emma and Jaclyn Pena have plenty experience when it comes to caring for their hogs. The twins, eighth graders at Banquete Junior High School, have been active in livestock shows since the age of four, including the Nueces County Junior Livestock Show.

It's something that has become a part of them.

"It's really fun," Jaclyn said. "We make a lot of memories. It's going to be hard when we're not showing."

Their father, Adrian Pena, said the projects are character building.

"They just get a lot of satisfaction," Adrian said. "Self-satisfaction."

That's especially important for kids like Emma, who was born with Downs Syndrome. She has always shown alongside her sister -- something her mom Evita insists on.

"We want to treat her like every other child," Evita said. "She wants to be just like her sister, and all the other kids, and she just loves showing by herself. And she doesn't need our help, or need anyone else's help."

Emma's project won Grand Champion in 2018, and Jaclyn won the year before. A few years before that, their older brother raised a Grand Champion steer.

It's a family tradition, and will be for years to come.

"They're part of the greatest livestock show in the state of Texas, junior livestock show, and one of the largest," Adrian said. "We're proud of our daughters and what they've achieved."