If a suspect is identified, police said they will face charges of deadly conduct. 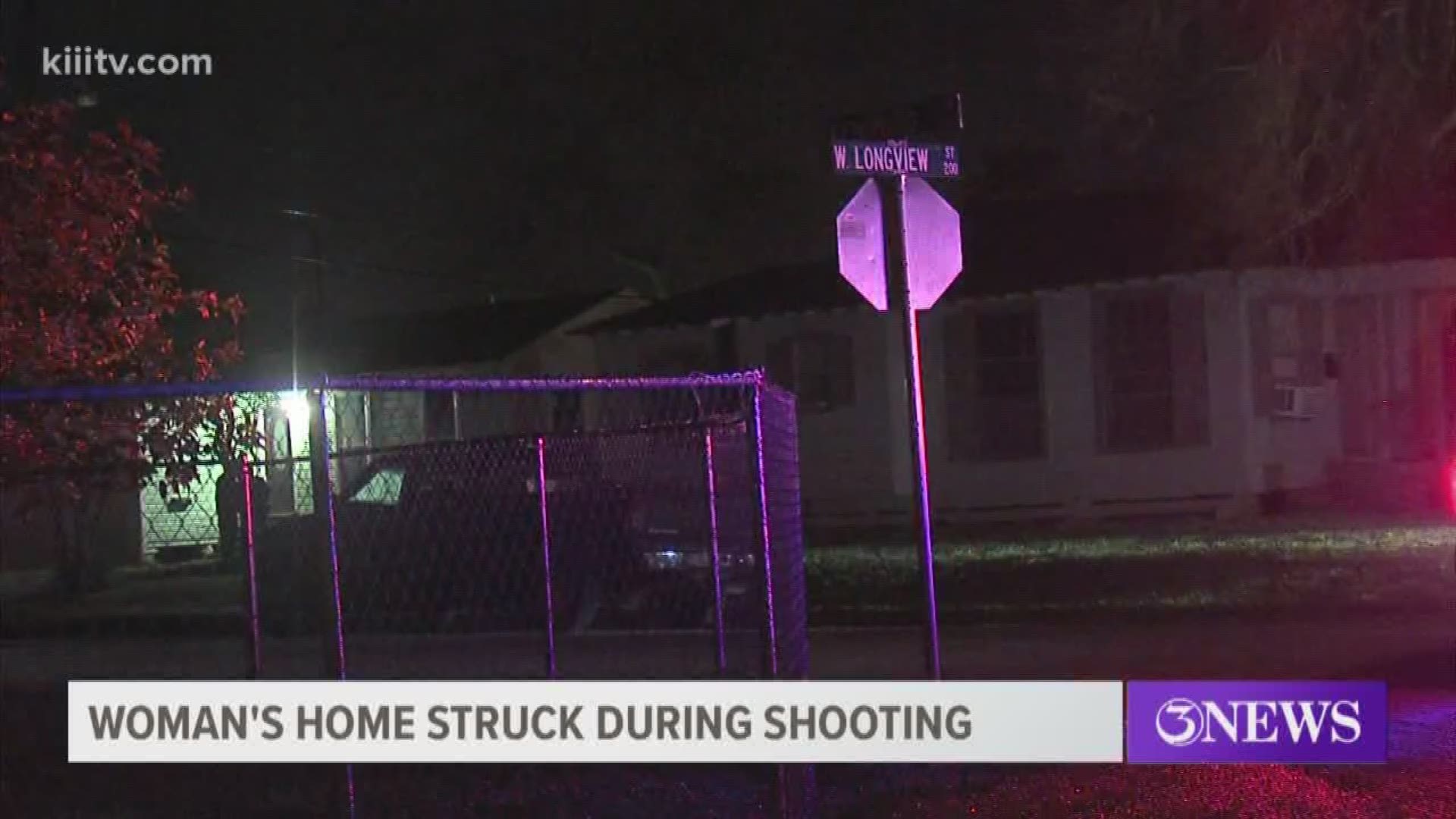 CORPUS CHRISTI, Texas — Corpus Christi police are investigating a shooting that happened Thursday near the intersection of West Longview Street and Kenwood Drive.

"I'm sitting there, and I hear pop pop, and I heard the window break," resident Veronica Bermudez said.

According to Bermudez, it was around 4:30 a.m. when she heard that the unforgettable sound of gunfire erupting outside of her home.

"So I froze, and I just looked at the window waiting for another shot," Bermudez said.

Bermudez was up and getting ready for work at the time of the shooting.

"Right through here, through my curtain, into my sofa, and it embedded into my cushion," Bermudez said.

Bermudez says she was standing in her kitchen just feet away from where the bullet entered her home.

There were also bullet holes above her neighbor's window and one near their front door in the same duplex.

"I've been here for 14 years and never experienced this," Bermudez said.

According to police, it is unclear if the shooter was on foot or in a vehicle, but a duplex residence with two tenants was hit by bullets. One bullet was found lodged in the sofa of one of the resident's.

Police collected the bullet as evidence along with five shell casings they found in the street. They are also reviewing security video captured by both residents in hopes of identifying a suspect.

"These people, there is no connection as to why their residence would have been shot.  In reviewing the video, what little I saw it appeared someone was shooting at someone else," Lt. Daniel Garcia said.

If a suspect is identified, police said they will face charges of deadly conduct.