The Texas Department of Public Safety announced it has arrested two of their own. 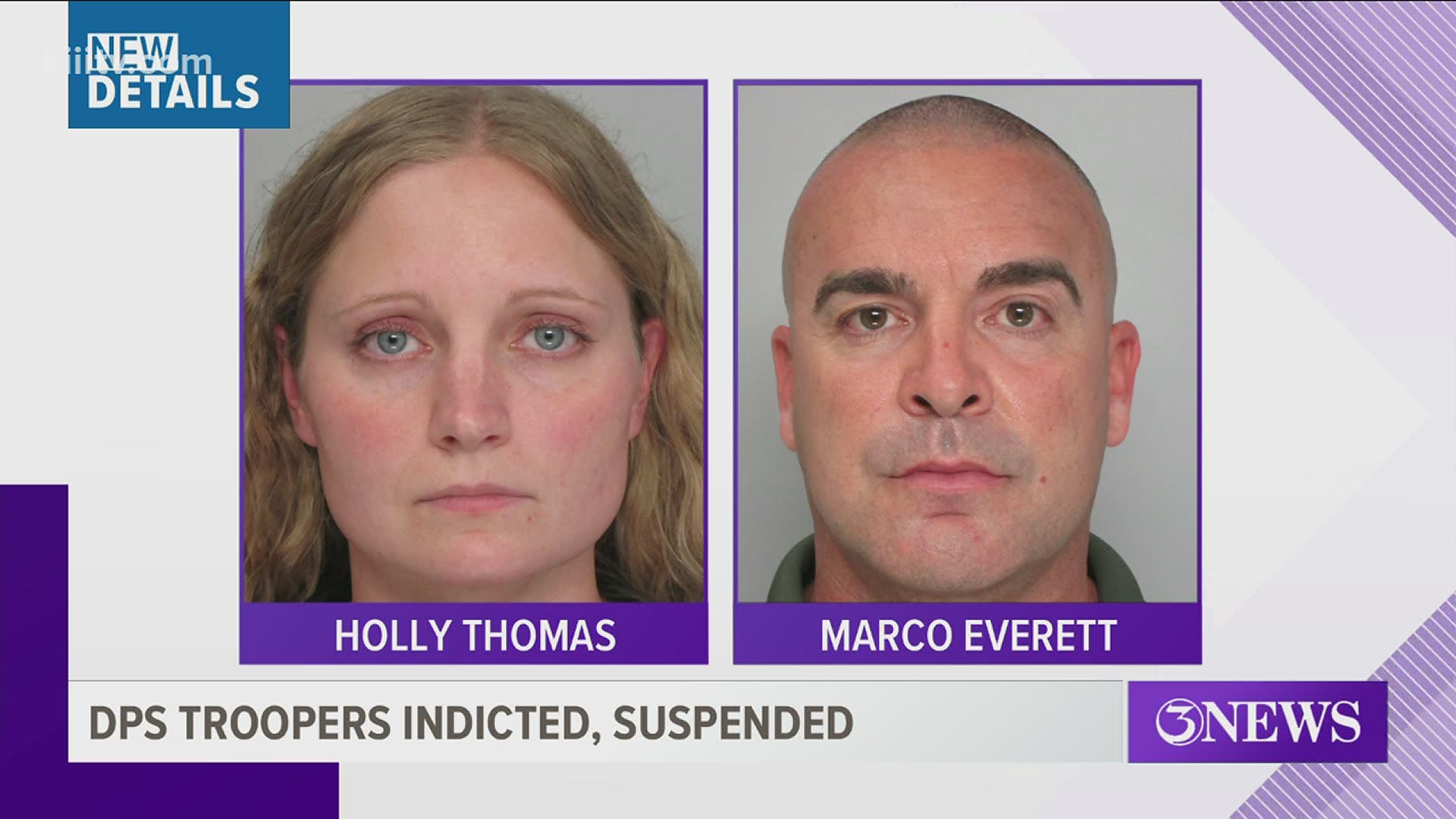 CORPUS CHRISTI, Texas — Following a Grand Jury investigation by the Nueces County District Attorney’s Office, the Texas Department of Public Safety announced it has arrested two of their own.

Troopers Holly Thomas and Marco Everett have both been arrested and suspended by the DPS for charges including official oppression and unlawful restraint.

According to court documents obtained by 3News, Thomas restrained a woman and pointed a taser at her when the woman was not under arrest.

Everett is accused of tasing a man while he was on the ground during an unlawful arrest.

Officials said DPS has assigned a Texas Ranger Captain and subject matter experts to conduct a comprehensive review of the allegations.