According to DPS, the holiday season is peak season for accidents on the road. 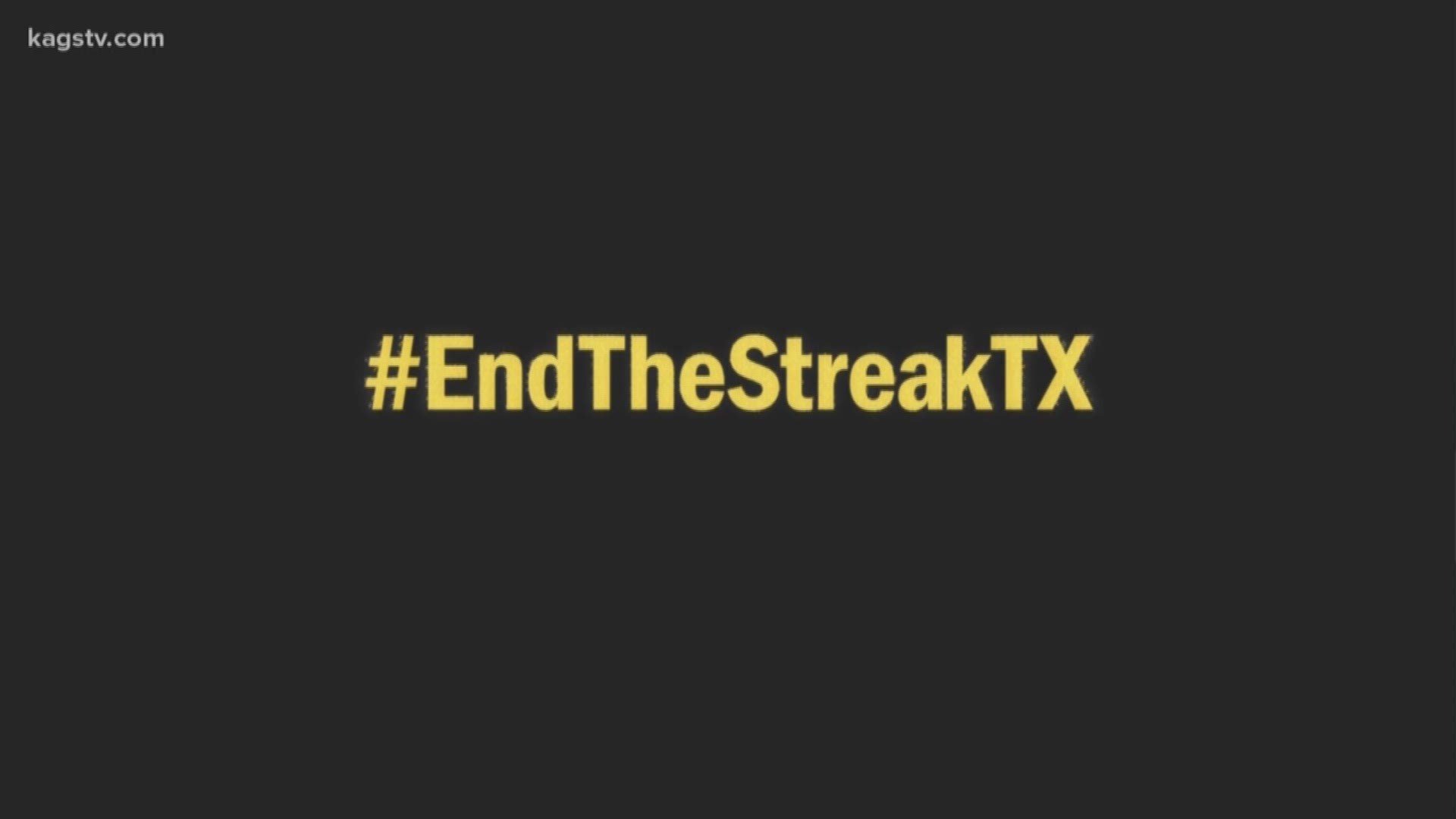 BRYAN, Texas — Thanksgiving is just around the corner and so is the winter season!

According to DPS, this also means it is peak season for accidents on the road.

TxDot states that there hasn't bee a deathless day on Texas state highways since November 7th, 2000. It has been working on its "End The Streak" campaign this month, hoping to lower the number of fatalities on the highways.

“As a department, each year, we focus on, several things, we would like all motorists, not to be fatigued, make sure everybody is getting their sleep have the most rested person behind the wheel, we encouraged people not to be impaired any kind of medication, any kind of alcoholic beverage that may impair their driving and distracted driving which has kind of crept up as one of our top contributing factors,” said DPS Trooper Jimmy Morgan.

Morgan added that the highways are averaging around 9 to 10 deaths a day, and the influx of travelers during the holidays does not help. He reminds people to make sure your car is ready for the road.

“Make sure your tires have been checked, batteries up and good.  it actually helps you to pull out a road map, and look to see what roadways you will be taking, get a mental picture of where you’re going and how much time you think it’s going to take you to make that trip, encourage people every two to four hours to take that break.”

Troopers will be out and about throughout the holiday season looking out for aggressive or impaired drivers, and focusing on lowering fatality rates.

Police arrest man after being accused of stealing car while intoxicated

BONFIRE: A century old tradition carries on in 2019