Fire investigators discovered human tissue being stored at the U-Haul storage facility that caught fire Monday, a bio-hazard that will now have to be removed. 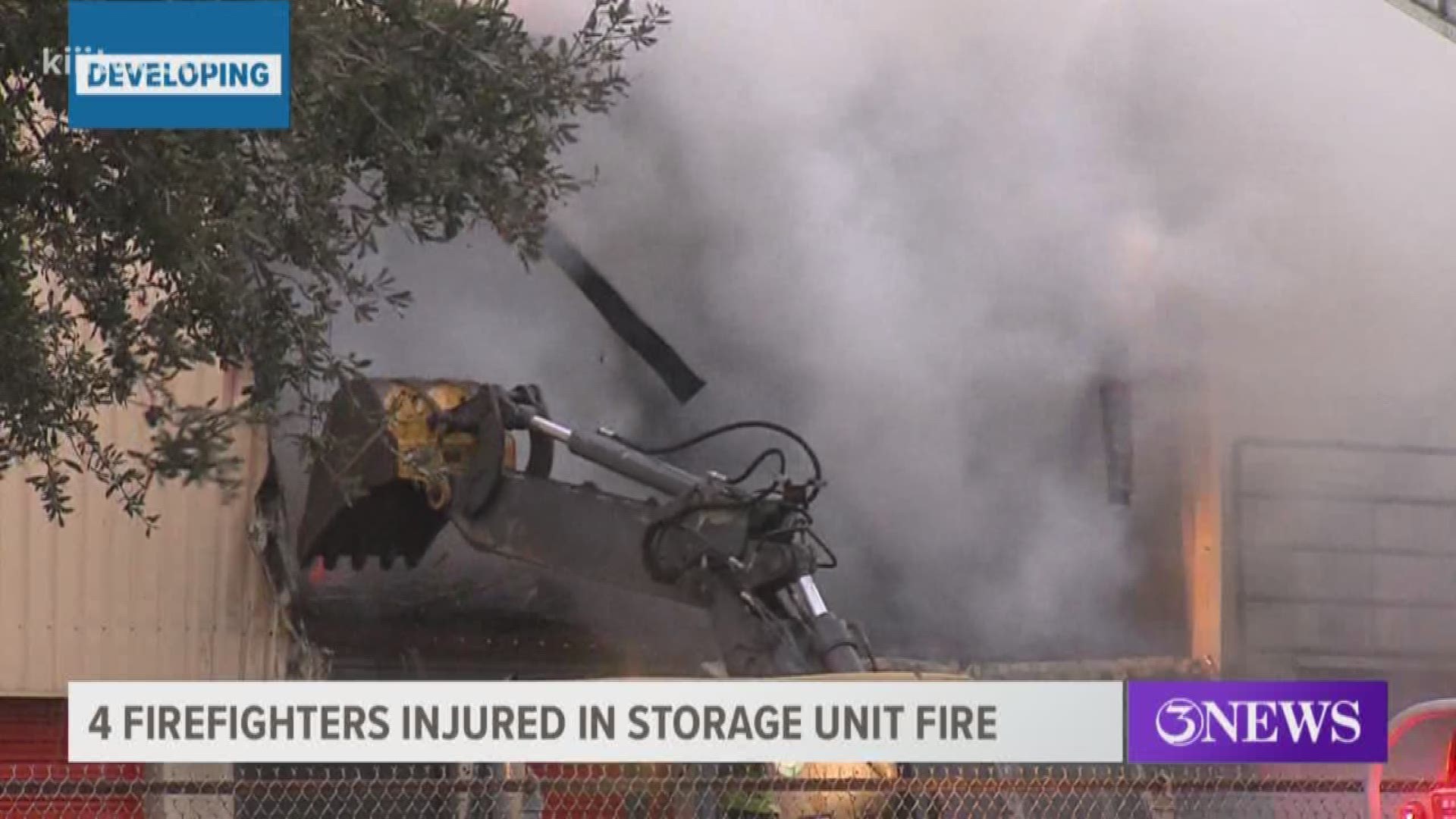 CORPUS CHRISTI, Texas — Four firefighters were injured Monday while battling a blaze at a U-Haul storage facility off SPID and Kostoryz Road. The cause of that fire is still being investigated, but for now officials say that investigation is at a standstill.

The fire broke out late Monday afternoon and at one point at lease 12 fire trucks were battling the flames and heavy smoke.

The three-alarm fire had a large number of firefighters and police showing up to handle the emergency. Firefighters who tried to enter the storage facility had to quickly retreat because of the intensity of the flames and the amount of smoke. They ended up having to cut holes in the roof to let the heat escape.

Once the flames were out, it was time for investigators to go in and try and determine a cause; but they did not get too far because they found a bio-hazard -- human tissue was being stored there.

"One of the things we found out in here, there was a group of stalls in there that were carrying tissue samples. They're a bio-hazard," Fire Marshal Randy Paige said. "Once we found out about that, that's another thing we've had to deal with."

Officials are now trying to line up a certified bio-hazard cleanup company to come in and remove the human tissue being stored by an unnamed company. It is unknown how long that process is going to take.

In the meantime, customers whose belongings are stored at the U-Haul storage facility are advised that they can go check on their belongings starting at 8 a.m. Wednesday.