Members of the U.S. Chemical Safety Board, Environmental Protection Agency, TPC Group and others, spoke to media Thursday in two separate press conferences. 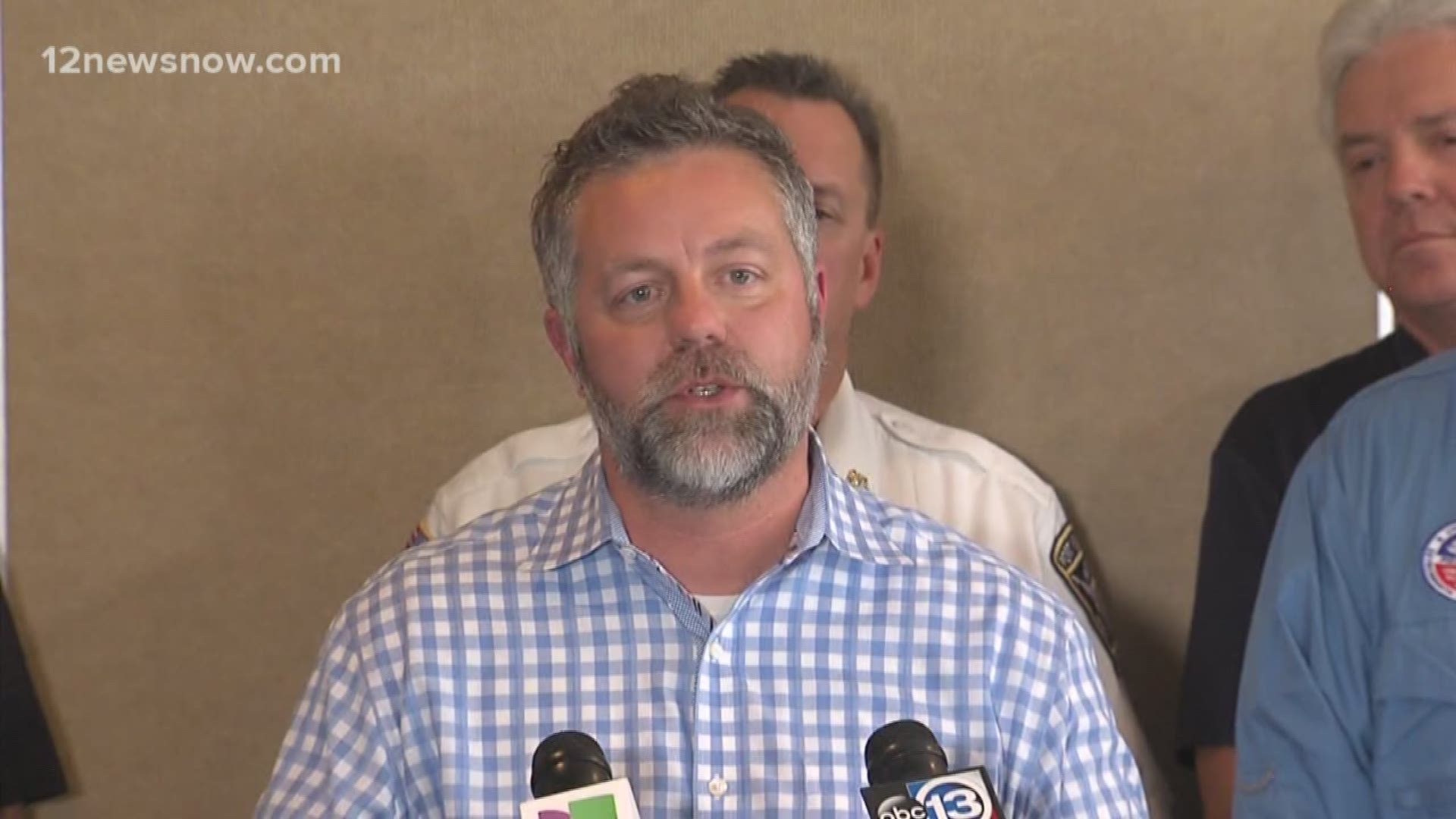 While there are questions still to be answered, more than a week after the TPC plant in Port Neches initially exploded, officials did provide new information.

"We felt comfortable that we were moving in the right direction and that life would get back to normal," said Branick.

Crews were able to stop the leak of butadiene Thursday morning, which was releasing into the atmosphere from one of the tanks at the TPC facility.

Branick then lifted the "Volunteer Evacuation" and "Shelter in Place" for the city of Port Neches.

He says the past eight days have been tough on everyone.

"Out of the ordinary for our community and something we wish to never happen again," said Branick.

RELATED: What’s next for people impacted by TPC plant explosion?

Inside and outside of the TPC plant, crews continue to work.

During a press conference Thursday, a representative for the EPA, described how crews are monitoring air quality.

"When the wind shifts, we're watching the weather and we also have perimeter air monitoring around the facility," said Adam Adams, with EPA Region 6. "If we get detections in a certain direction, we can send our teams and make sure that they are down wind."

Adams said the EPA began testing the air around 5 a.m. on November 27, hours after the initial explosion.

So far, levels have not reached to a point where people could be at risk, health-wise, according to the EPA.

Branick explained the "Volunteer Evacuation" was directed for people who may already have trouble breathing or feel they may be at risk for other health problems.

Despite one of the TPC tanks leaking gas Wednesday night, Branick believes people in Mid-County should not worry about any future issues.

"Guardedly confident and certainly hopeful that as we move forward, all these cameras that have been deployed in the last couple days have the capability of catching leaks," said Branick.

RELATED: Port Neches works to get back to normal one week after TPC plant explosions

Officials tell 12News there has been no trace of asbestos in the surrounding area of the plant.

Roughly 30 cameras, or air monitoring systems, have been set up around the plant and surrounding cities.

The Sabine Neches Waterway remains closed to the public, but is being used on a case-by-case basis with guidance from the port director according to Branick.

An hour before Branick and other agencies spoke, the CSB held its own press conference on Thursday.

Manny Ehrlich, a CSB board member, described what his agency has gathered thus far in terms of the events leading up to the initial explosion.

"The released process fluid created a large vapor cloud," said Ehrlich. "The workers recognized the significance of the release and immediately evacuated the area."

He says three employees were working on equipment that night inside the facility, when they noticed butadiene being released.

Three people, two TPC workers and a contractor, were injured following the explosion around 1 a.m. on November 27.

RELATED: One week after it exploded, the fire at a Port Neches plant is out. Residents are picking up the pieces

During the CSB's preliminary investigation, Ehrlich stated that the cause of the initial explosion was "a fundamental error in the system."

He did not provide any further details, but did express his agency is still in the early stages of the investigation and have not yet been able to go inside the TPC facility.

As for the plant itself, Jason Sanders who is a representative for the TPC Group, says the plan right now is to ensure the product inside is contained before eventually moving it out.

"We're looking to come up with a plan in order to move those products, preferably across our docks or if we had to, we would transfer them to tanker trucks," said Sanders. "You mitigate the potential for another release."

He said that process will take several weeks.

Sanders was asked if he knew or admitted to, the initial cause determined by the CSB, but he declined to comment.

Perhaps the biggest statement made on Thursday came from the mayor of Port Neches, Glenn Johnson.

"I am absolutely amazed at how many geniuses are on YouTube and social media," said Johnson. "People that have no idea what's going on, but they're experts."

Mayor Johnson says he's grown upset that his community appears to be listening to people on social media and not officials for proper information.

As residents in Mid-County attempt to return to some sense of normalcy following last week's blast, the affect of this incident is still breathing.

PNGISD has canceled classes for the rest of the week, businesses like Neches Federal Credit Union closed Thursday and activities such as Nederland Little Dribblers and the Port Neches Christmas parade have been postponed.

Roughly two dozens agencies are working on or around the TPC plant.

12News expects to hear from officials in the near future for further updates, so be sure to sign up for news alerts through our 12NewsNow app and continue to follow our 12News Facebook page and website.