You can now find out at the U.S.S. Lexington Museum. A new escape room attraction has been added called "Lockdown on the Lex." 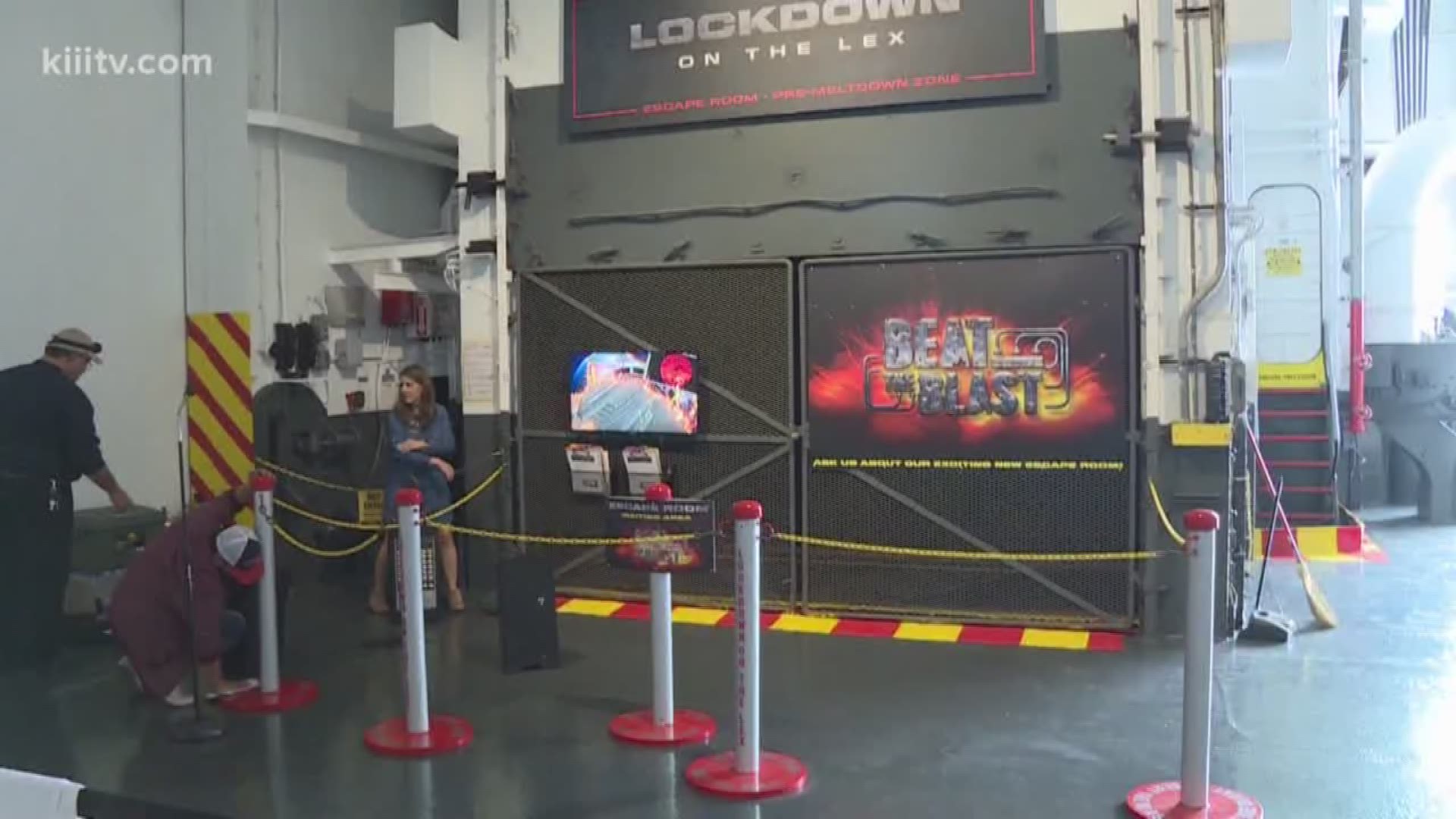 CORPUS CHRISTI, Texas — Do you have what it takes to escape a naval aircraft carrier in the space of just 90 minutes?

You can now find out at the U.S.S. Lexington Museum. A new escape room attraction has been added called "Lockdown on the Lex."

It's an interactive exhibit that locks visitors in a room and asks them to solve riddles in order to make it out. According to Lexington officials, the escape room is said to be the only escape room in the country that is on board an aircraft carrier.

"You get the history flavor of that. This is something that's unique. You won't get this at any other escape room. In addition to that, the state-of-the-art equipment that we have is something you won't find in your average escape room," Executive Director Steve Banta said.

The puzzles are part of the ship, so participants will be operating the same equipment that sailors used at the time.

The exhibit was officially opened to the public Thursday night.