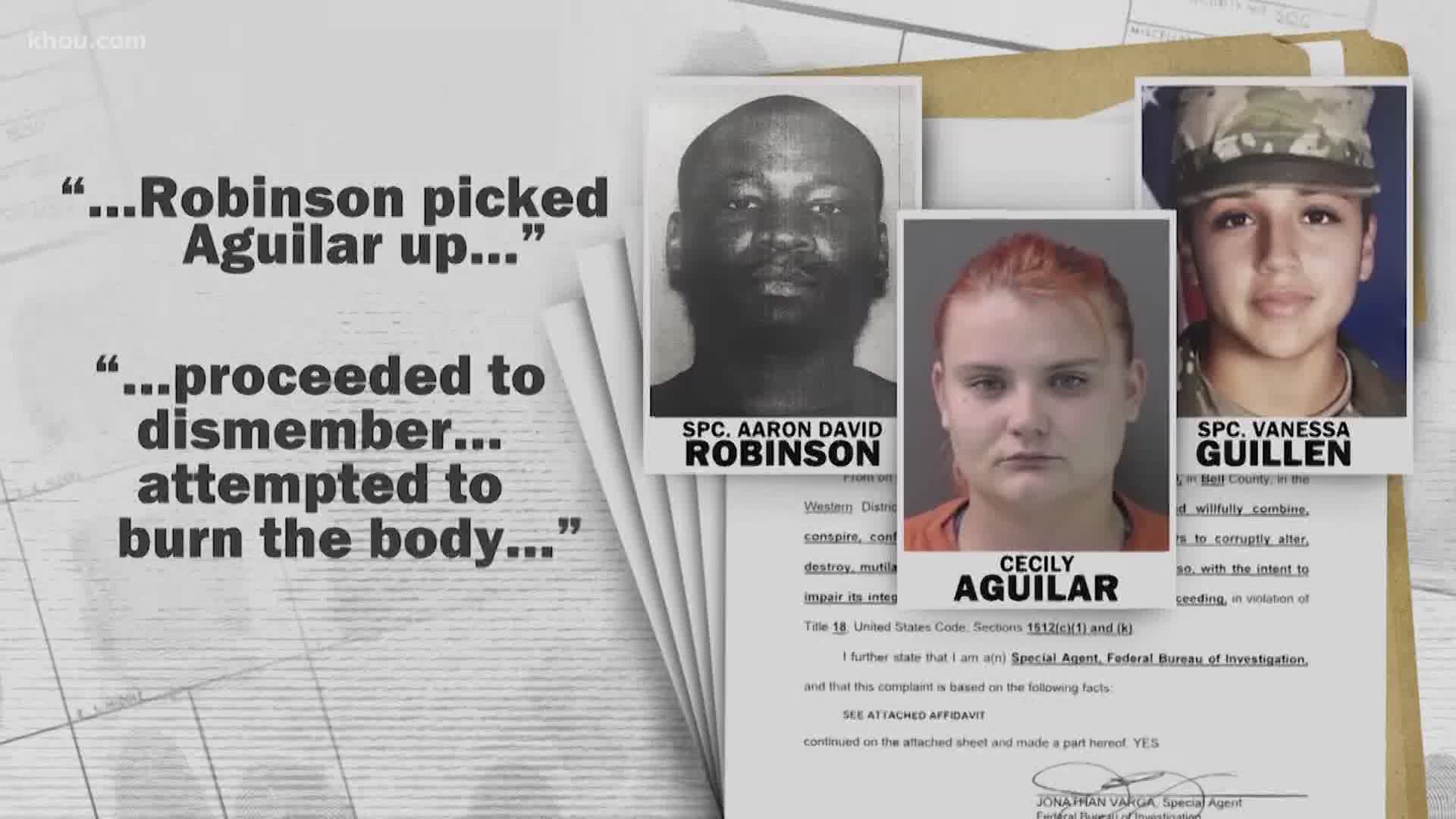 HOUSTON — The civilian suspect facing a criminal charge in connection to the disappearance and death of Vanessa Guillen was in court on Monday morning.

Cecily Ann Aguilar, 22, appeared before a judge in the federal court in Waco. No cameras were allowed during the hearing, which took place over a Zoom call.

KCEN reported that when she was first asked if she understood the charges against her, Aguilar shook her head no. But then she verbally answered, "yeah, sure."

Aguilar is charged with one count of conspiracy to tamper with evidence. Aguilar's public defender chose not to comment. She was handed over to the U.S. Marshals Service and taken to McLennan County on Saturday.

Judge Jeffrey Maske set a preliminary hearing for  9:30 a.m. July 14, at which time her bond will be set and a decision will be made on whether or not it will go to a federal grand jury.

Aguilar faces up to 20 years in prison, a $250,000 fine and a $100 fine toward the victim fund. She could also receive five years of supervised release.

According to authorities, Aguilar confessed and said Specialist Aaron Robinson repeatedly hit Guillen with a hammer, killing her, at Fort Hood on April 22. Guillen was then mutilated and burned in an attempt to dispose of the body with Aguilar's help, according to the confession. Aguilar, Robinson's girlfriend, described the series of events to investigators during an interview on June 30.

Robinson took his own life as police moved in to make an arrest last week.

Monday’s court hearing comes one day after a Guillen family attorney confirmed the human remains found last week near Fort Hood are those of the missing soldier.

RELATED: How Houston, the US are demanding justice for Vanessa Guillen