Two members of congress sent a letter to the Secretary of the Army to announce a joint investigation into "an alarming pattern of recent tragedies at Fort Hood." 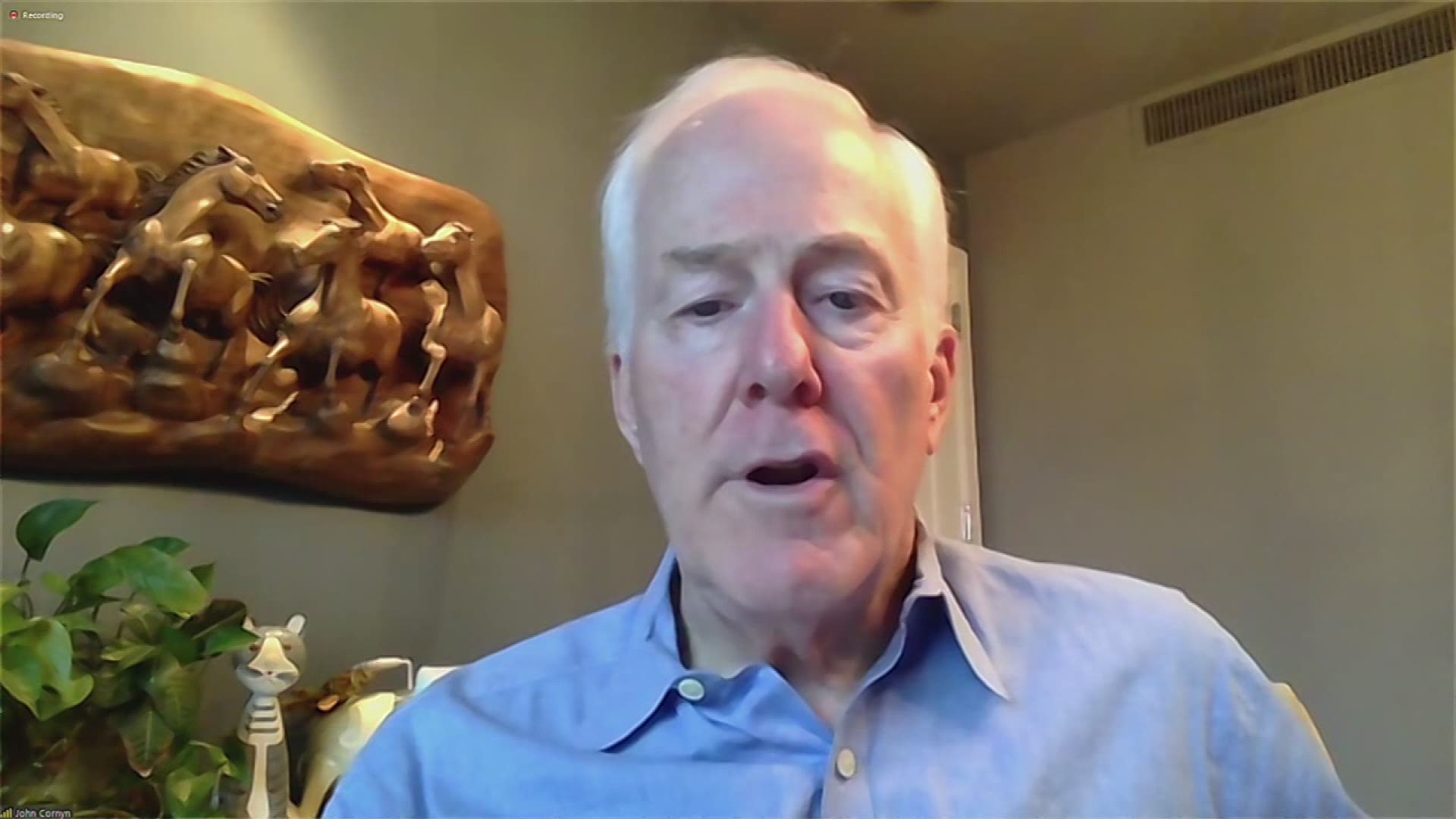 FORT HOOD, Texas — Editor's Note: The video attached to this article is from an interview with Sen. John Cornyn on Sept. 3.

The chairs of two congressional subcommittees sent a letter to Secretary of the Army Ryan McCarthy Tuesday to inform him they were investigating the recent deaths and disappearances of soldiers on Fort Hood.

Massachusetts Rep. Stephen Lynch (D) and California Rep. Jackie Speier said, "Where appropriate, we intend to seek justice on behalf of those in uniform, and their families, who may have been failed by a military system and culture that was ultimately responsible for their care and protection."

Among others, the letter addresses the disappearances and killings of Spc. Vanessa Guillen and Pvt. Gregory Wedel-Morales. Guillen was killed on April 22 on Fort Hood. Wedel-Morales disappeared in August 2019. His remains were found in Killeen in June.

The letter also mentions the deaths of Sgt. Elder Fernandes and Pvt Mehjor Morta. Preliminary autopsies determined Fernandes likely died of suicide by hanging. Morta's death was ruled a drowning. The letter points out both cases remained under investigation.

"While the Army has directed an independent review of Fort Hood, Congressional oversight is necessary to determine whether base leadership—by omission or commission—has allowed or enabled a culture to exist that undermines the values and traditions of the U.S. Army," the letter said.

The letter also points to claims by Guillen and Fernandes of sexual harassment and abuse.

"An attorney for the family of Sergeant Fernandes claims that he was “bullied” and “hazed” by his peers after he reported his harassment, while Specialist Guillen reportedly was too afraid of retribution to file a formal complaint," the letter said.

The letter requests a long list of documents about the investigations into the deaths, timelines related to the response of sexual assault or harassment, Fort Hood policies on absent without leave (AWOL), communication with local law enforcement when a soldiers goes missing and dozens of other items that can be read here.

The letter requests all of the information by Oct. 2.

U.S. Senators John Cornyn, Elizabeth Warren and Ed Markey also sent a letter Sept. 2 to the Senate Armed Services Committee leadership to request a public hearing with the independent review panel and Army leadership on the command climate and culture at Fort Hood.

McCarthy created the independent review panel of five citizens to examine the climate and culture on post and in the surrounding community. The group arrived on Fort Hood Aug. 30. They were expected to be there two weeks.

"We can confirm receipt of Congresswoman Jackie Speier and Congressman Stephen Lynch's request for information concerning the recent Fort Hood events. We are deeply saddened by these tragedies and have several ongoing investigations and reviews to better understand the climate, the leadership, resources, and determine if systemic problems exist. We will respond directly to the offices of Congresswoman Speier and Congressman Lynch, respectively," said Lt. Col. Driece M. Harris,  Secretary of the Army Spokeswoman