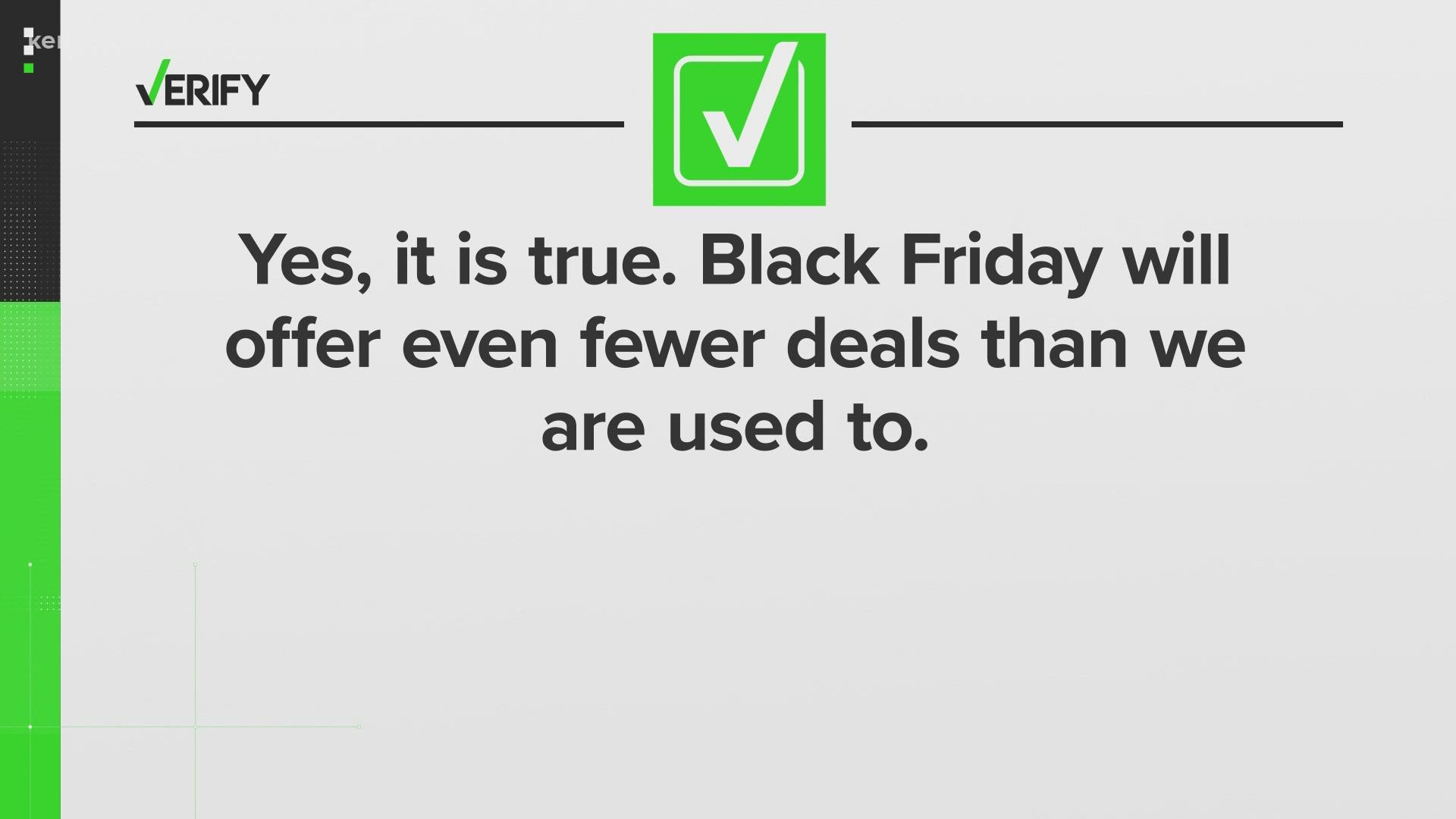 SAN ANTONIO — Black Friday is just two days away and many are wondering if there will be as many deals on Friday itself this year since many retailers started sales early.

Will this year's Black Friday offer fewer deals than we are used to?

There's been a lot of buzz around social media about Black Friday and lackluster deals, so we thought we'd check out.

The claim...This year's Black Friday will offer even fewer deals than we are used to.

Our sources for this Verify are Smart Saving Expert Trae Bodge, Kristin McGrath from RetailMeNot, and Julie Rambold from Dealnews.com.

Smart Saving Expert Trae Bodge told us, "That's definitely what's been predicted, and it wouldn't surprise me if that's the way it kind of played out. It'll be hard for us as shoppers to know if that's actually happening or not, but it might feel a little less overwhelming than usual."

Kristin McGrath from RetailMeNot added, "Retailers have across the board at this point since their Black Friday sales live earlier this week, with just a very few exceptions. Now there are going to be some retailers are going to drop some special deals on Thanksgiving that includes Target, Kohl's and Best Buy."

Julie Ramhold from Dealnews.com said, "Overall, we're just not seeing the same kind of strong discounts that we usually see for Black Friday. It is the most disappointing one I've seen in a while."

So the answer...Yes, it is true. This year's Black Friday will offer even fewer deals than we are used to.