Introduced by the Governor as a "friend of the State of Texas," Vice President Mike Pence spoke before a large group of people outside First Baptist Church in Rockport Thursday as he visited the Coastal Bend aftermath of Hurricane Harvey. 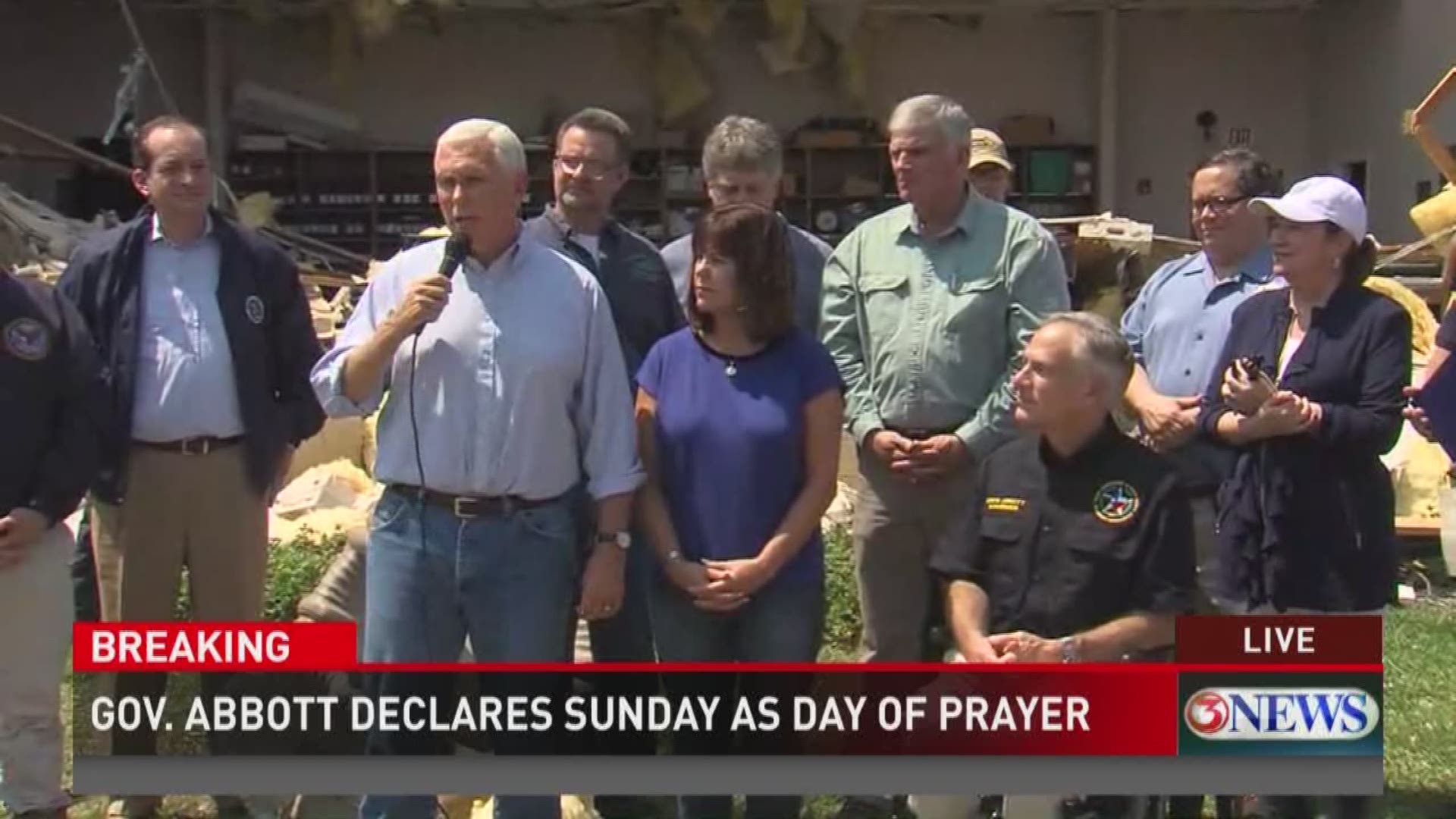 ROCKPORT (Kiii News) — Introduced by the Governor as a "friend of the State of Texas," Vice President Mike Pence spoke before a large group of people outside First Baptist Church in Rockport Thursday as he visited the Coastal Bend aftermath of Hurricane Harvey.

Pence began by recognizing Governor Abbott for the efforts he's shown in response to Hurricane Harvey.

"Your governor and his team have done an incredible job for the people of Texas, and we commend you," Pence said.

The Vice President assured the crowd, many of them members of the First Baptist Church congregation, that they will not be forgotten by the federal government.

"President Trump sent us here to say we are with you. The American people are with you," Pence said. "We are here today. We will be here tomorrow. And we will be here every day until this city and this state and this region rebuild bigger and better than ever before."

"We're grateful to be joined by many members of the cabinet of this administration," Pence continued, referring to those who joined him, which included Secretary of Labor Alexander Acosta, Secretary of Transportation Elaine Chao, Secretary of Energy Rick Perry, Secretary of Veterans Affairs David Shulkin, Acting Secretary of Homeland Security Elaine Duke, Governor Greg Abbott, and Congressman Blake Farenthold.

"President Trump sent us here to ensure that the full resources of the federal government are brought to bear in a consistent way," Pence said.

Pence said that as he was flying to Corpus Christi on Air Force Two, he spoke by telephone with President Donald Trump and asked what message he would like them to deliver to the Coastal Bend.

It's a message that reflected Trump's own words as he spoke outside the Annaville Volunteer Fire Department on Tuesday. 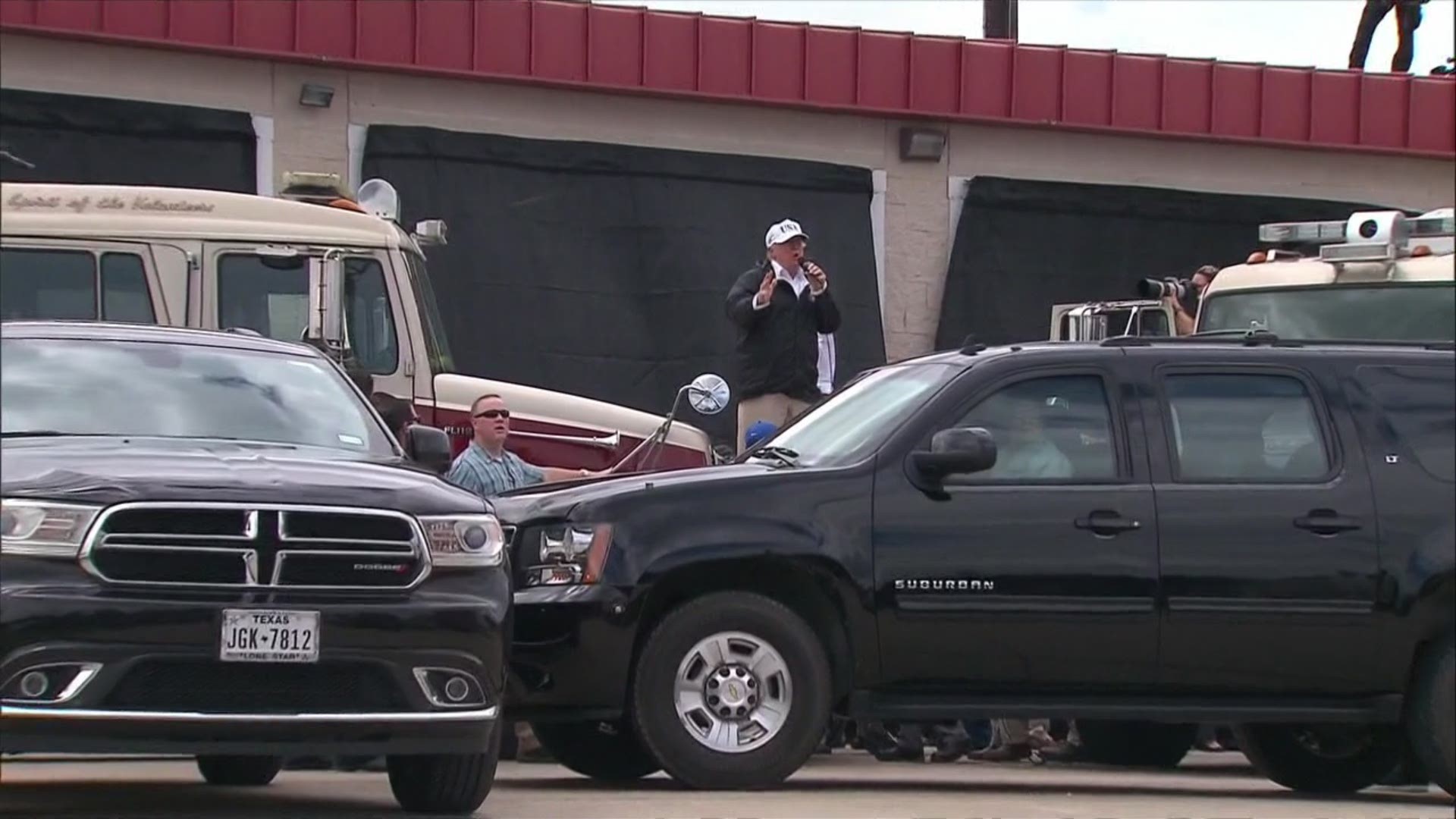 "We are with you, and we will stay with you until Rockport and all of Southeast Texas come back," Pence said.

Following the Vice President's speech, the Second Lady of the United States offered a prayer with the crowd.

After their stop at First Baptist Church, the president and his entourage of state and federal officials visited a neighborhood in Rockport to see the devastated left behind by the storm. Both he and governor Greg Abbot even put on a pair of work gloves and joined residents as they cleared debris. 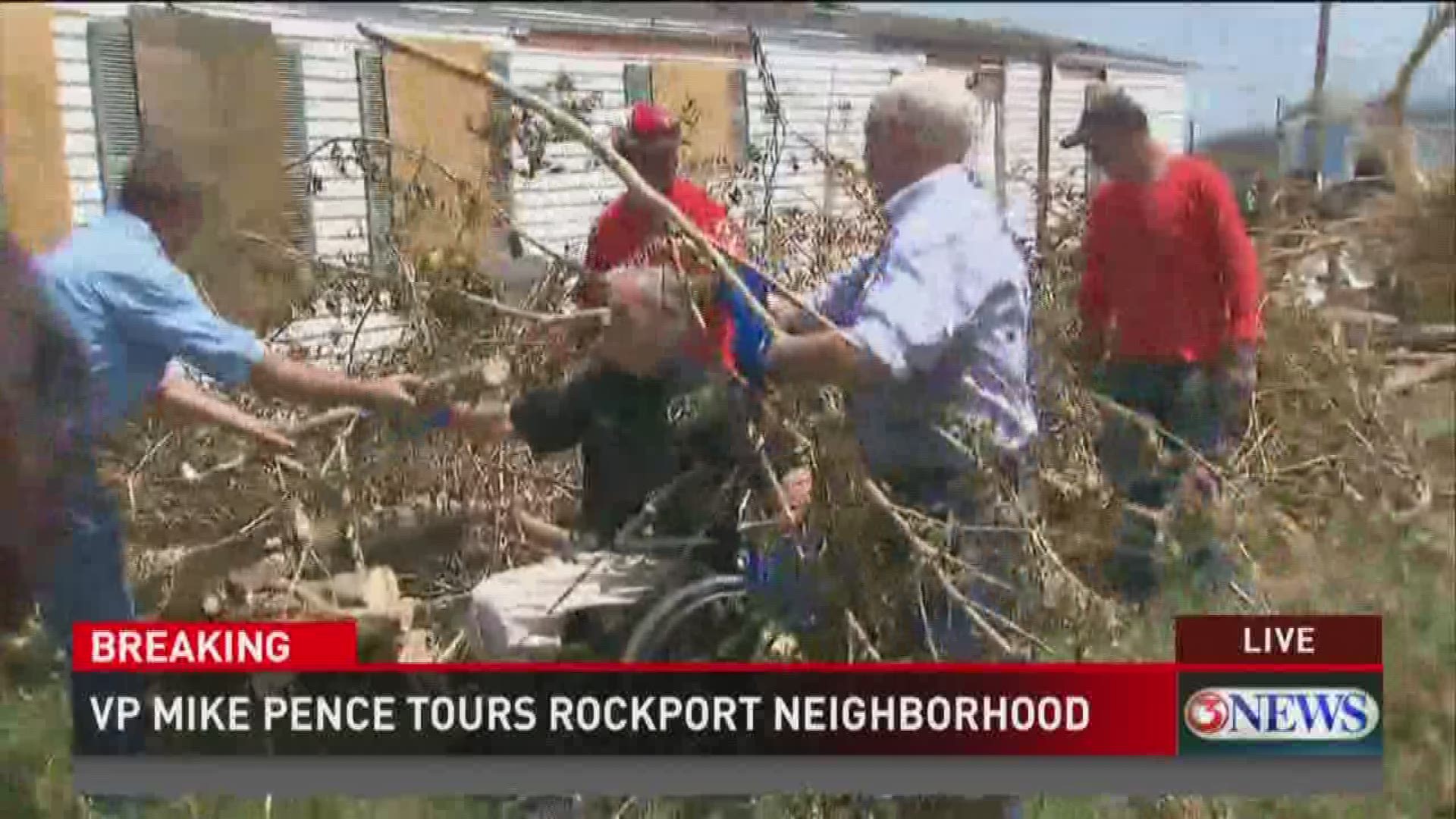