Family members sent in images to 3News of the injuries. 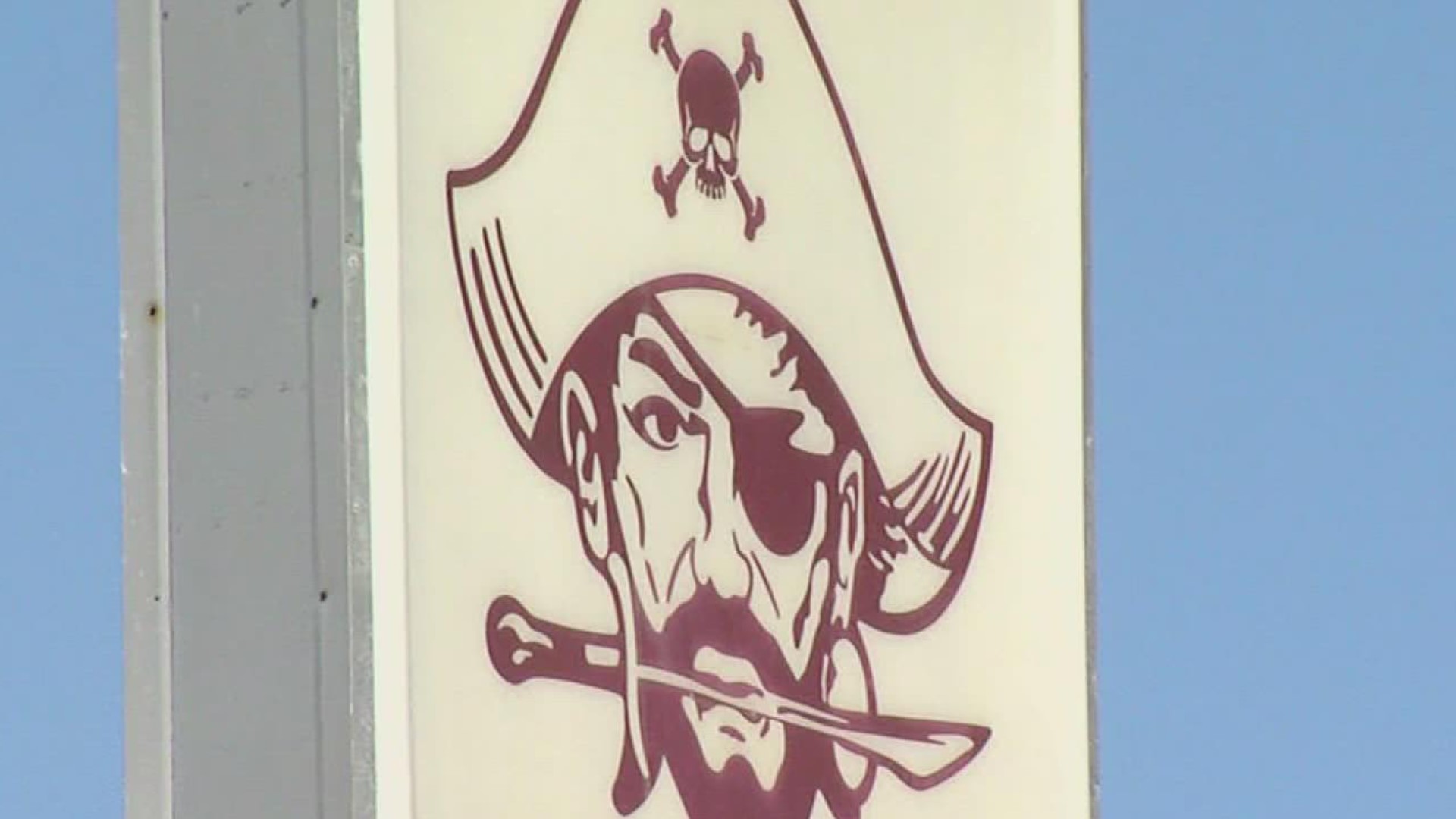 MATHIS, Texas — Officials with the Mathis Independent School District released a statement following reports of some volleyball players who suffered serious injuries to their hands.

“There was practice on Wednesday which some of the girls and me didn’t get to attend to because it’s the beginning of the year we’re all over the place with our schedules,” said Pena.

After missing practice Pena was told there would be consequences.

“I was like okay I’ll do the consequence and get it over with,” said Pena.

That consequence was bear crawls on the track in the South Texas heat.

“We lined up on the track and they’re telling us y’all are going to do bear crawls and it was hot outside and they just mowed the grass and there was debris on the grass, stickers and grass,” said Pena.

Pena says there was already stickers and debris getting on their hands.

“She was like just wipe them off and keep going if you stop, you’re going to do them again,” said Pena.

Because she did not want to do more bear crawls, she pushed through and after several complaints they were moved to the field, but her hands were already feeling the damage and it continued

“My skin was sticking together, but I thought I could just rinse it off when I’m done,” said Pena.

After doing bear crawls, she showed her hands to the coach for another time and was sent inside for her hands to be looked at.

“She cleans them and puts some medicine and wraps them,” said Pena.

Lauryn was in shock and her dad Larry Pena also in shock when he picked his daughter up.

“When I saw her, she was like take me to the hospital those are words you never want to hear from your kids,” said Pena.

“When she took off her wraps, oh my gosh. They were bleeding, skin was peeled back, you saw all the pellets in her skin.”

And Friday a visit to the doctor confirming Lauryn had second degree burns.

“The first thing the doctor says she said these are second degree burns and after that she was like how they could let this happen,” said Pena.

“It’s the not knowing that’s getting to me okay so what’s going to happen? What actions are being taken? We’re just as lost as everybody else, sitting here and waiting,” said Pena.

And he’s hoping this does not happen to any other child.

"The point we’re trying to make here is everything is preventable there’s always some other substitute or efficient way to do things,” said Pena.

The superintendent sent a statement to 3News confirming the district has received a report of injuries suffered by some volleyball players during practice.

"The Mathis Independent School District (“District”) has received a report of injuries suffered by some volleyball players during practice.  The District takes all issues dealing with student injuries seriously.  Further, the District shall cooperate with any regulatory agencies to ensure that this matter deserves the attention it deserves. The safety of the District’s students remains of upmost importance to the District personnel, and all employees will continue to follow all safety protocols developed by the District."

Family members sent in images to 3News of the injuries.