Early voting comes to a close in the Coastal Bend

Your next and final opportunity to vote will be Election Day: Tuesday, November 3rd. 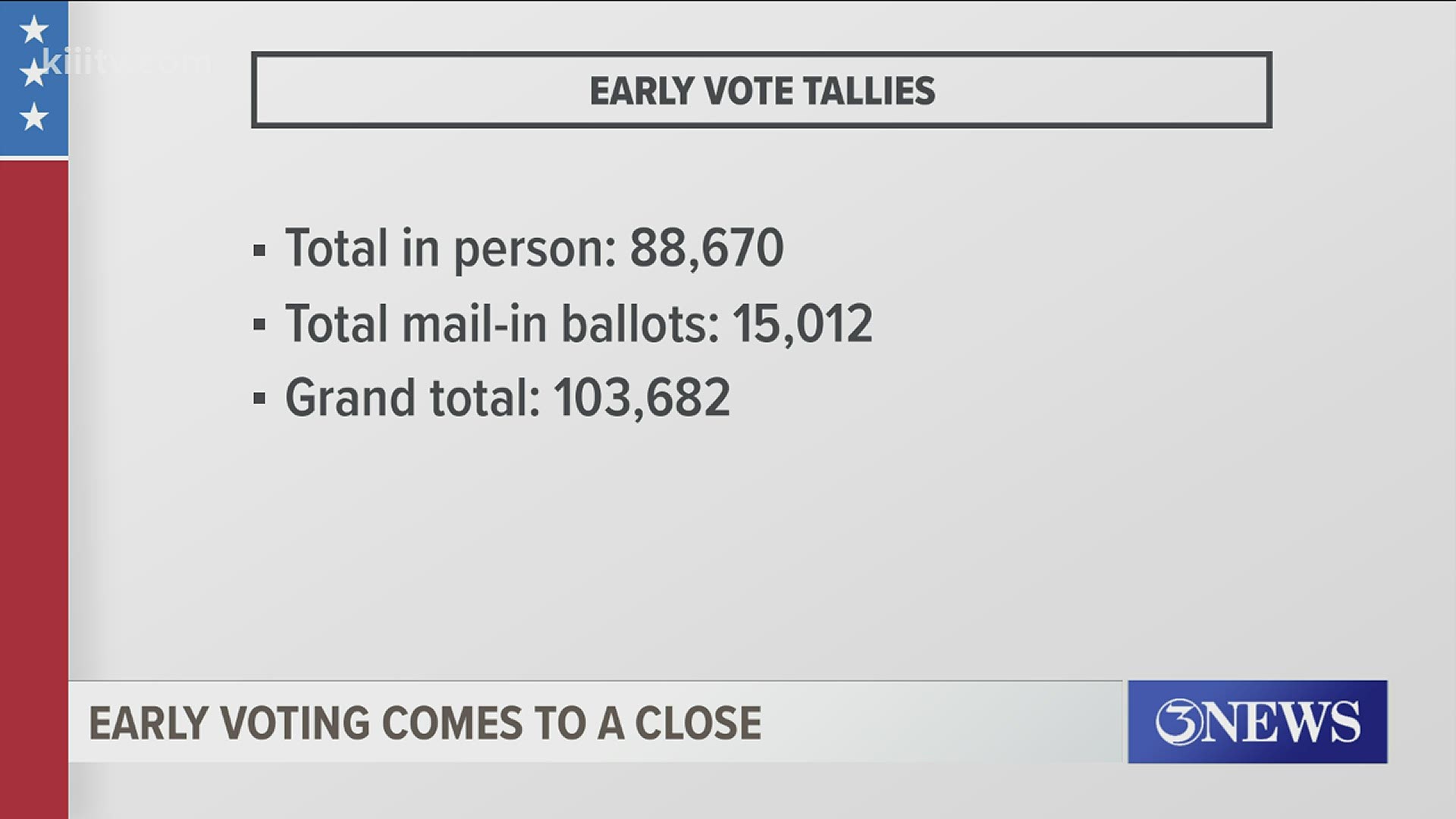 In San Patricio County, a total of 19,183 people participated in in-person early voting and 2,432 total mail-in ballots were counted, making for a grand total of 21,163 votes counted for early voting. Elections officials there tell 3News that in the 2016 Election, there were a total of 22,023 voters who casted their ballots across mail-in, early voting and on Election Day.

RELATED: Election Night: What happens the moment polls close at all voting centers in Nueces County

"We have broken records!" Nueces County Clerk Kara Sands told 3News. "We have made history again in Nueces County."

Outside of the Deaf & Hard of Hearing Center, one of the county's popular voting locations, our team met with local couple, Nathan and Melina Alcoser who both were able to vote early on Friday.

If you were unable to vote early, your next opportunity to vote will be on Election Day, this upcoming Tuesday, November 3. In Nueces County, polls will be open from 7 a.m. to 7 p.m. If you are in line by 7 p.m. on Election Day, you cannot be turned away.

Q&A concerning voting in the 2020 Election in Nueces County