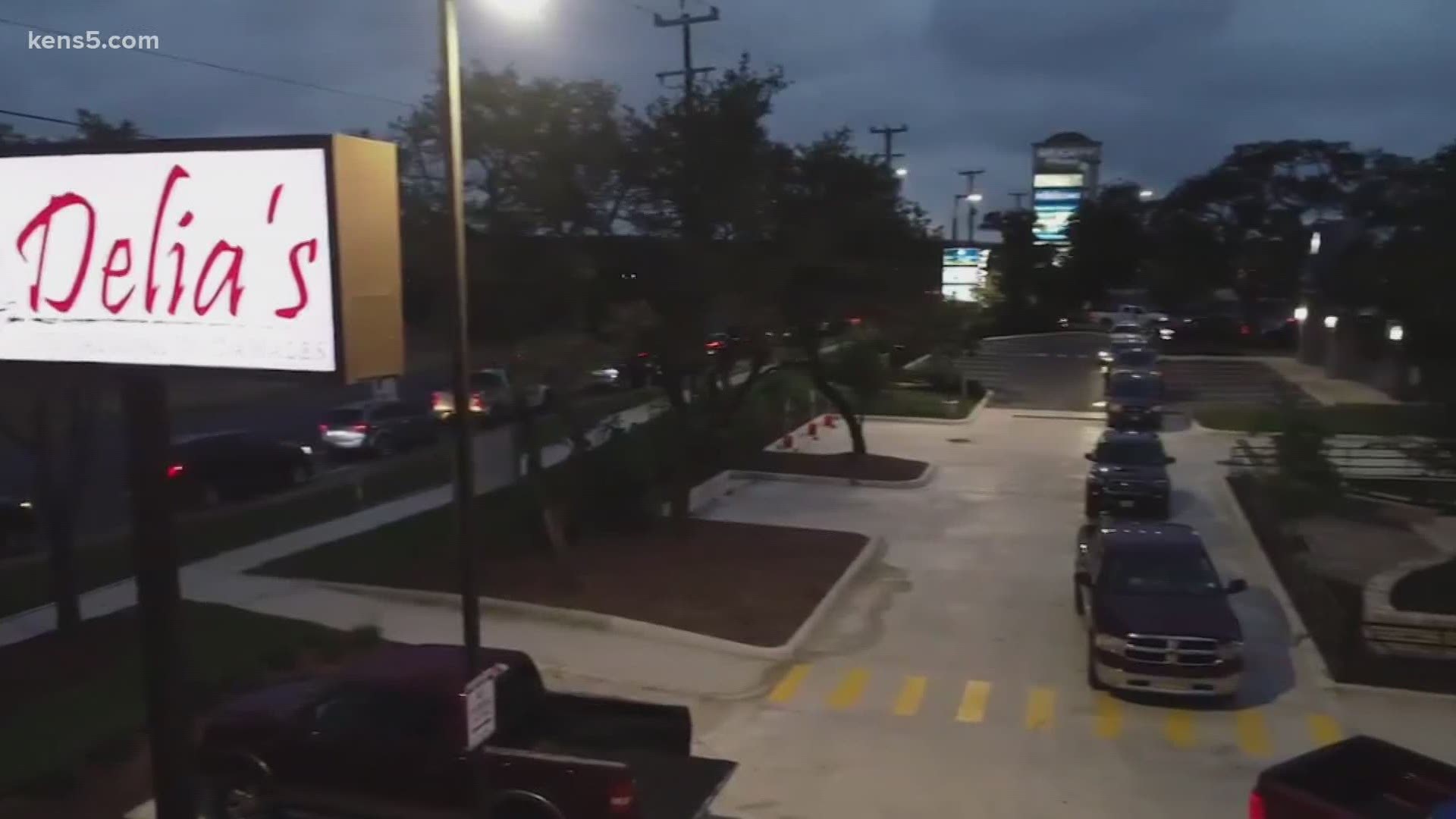 SAN ANTONIO — A long line of cars waited for Delia’s Tamales to open its doors for the first time on Friday.

The restaurant has developed a strong following in the Rio Grande Valley, drawing people from hours away for their tamales.

“I have friends that – from the valley – that live in the valley that I’d often beg them to bring me the tamales,” Jennifer Torres, who bought 46 dozen tamales for herself and 5 other people, said. “So when I heard that they were going to be opening up a San Antonio location, I was thrilled.”

The restaurant did not open until 7 o’clock Friday morning, but people were pulling up to wait as early as 1 a.m.

“The magic behind the tamales is Delia Lubin,” Luis Trevinio, customer service supervisor, said gesturing to the woman standing next to him.

“This lady here. She started this business with nothing, $20 – and a lot of necessity,” he said. “First the necessity, and a lot of talent, to make the best tamales in the world.”

Late into the morning, people were still waiting in line at least three hours. Most of the people didn’t seem to mind too much.

“Miss Delia brought us our tamales herself,” one excited customer proclaimed out her window.

Torres said she prefers waiting in line to driving five hours to their location in McAllen.

“I would do it all over again in a heartbeat,” she said.