Seven locations have been designated by the City of Corpus Christi as warming centers for those in need. Doors open at noon Friday. 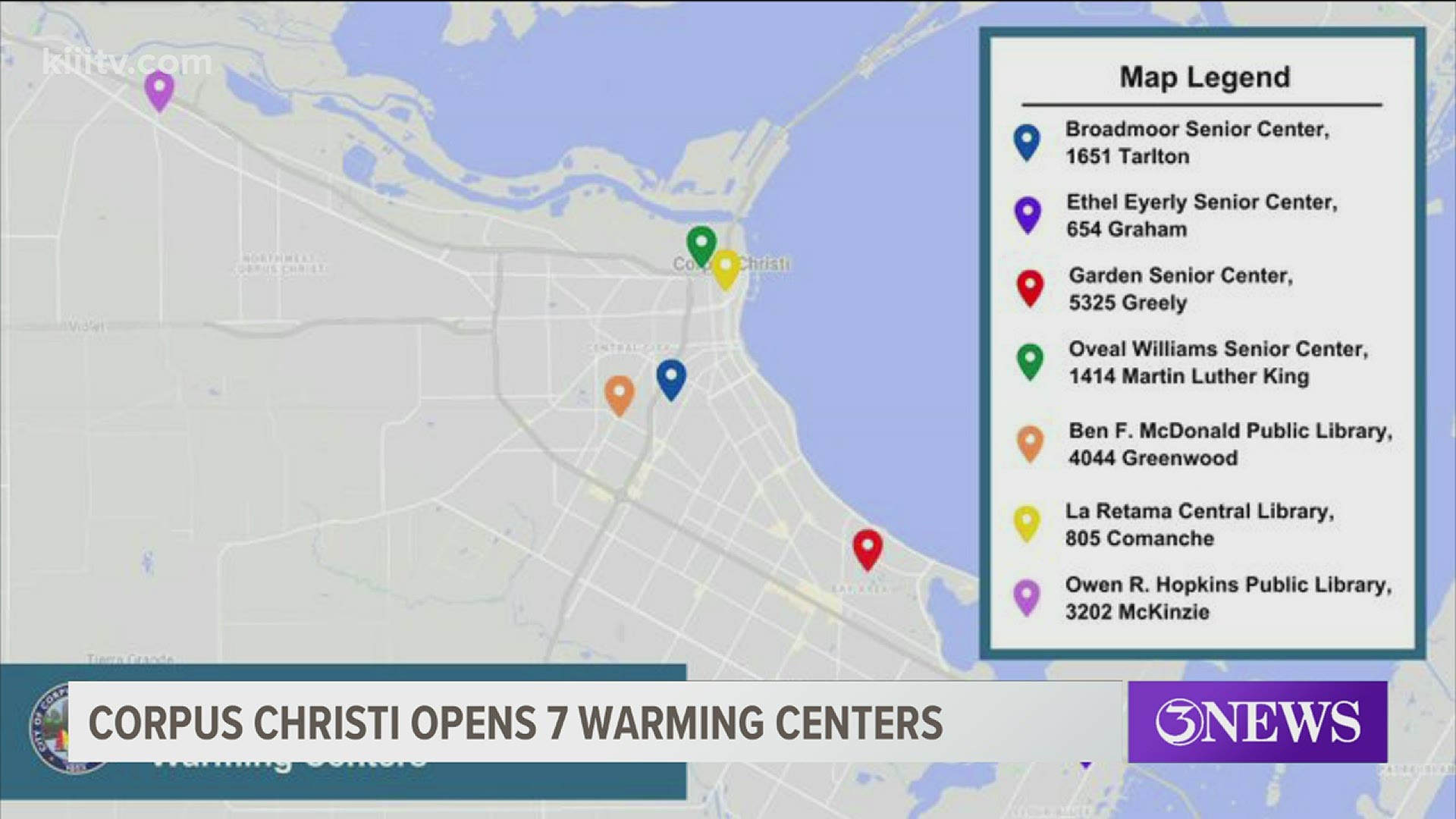 CORPUS CHRISTI, Texas — The City of Corpus Christi announced Friday morning that several senior centers and libraries will be opened to the public to help keep them warm during this weekend's arctic blast.

Temperatures already began to drop on Thursday, and freezing rain and sleet are forecasted to be in the area on Monday. The lows on Tuesday morning will range between 15-27 degrees.

The following locations will be opened as warming centers nightly starting Friday until Wednesday, Feb. 17. Hours of operations will be 9 a.m.- 6 p.m. each night.

Warming centers may remain open through Thursday, Feb. 18, depending on the weather forecast.

COVID-19 protocols will be in place, which means temperature checks upon entry and mandatory mask wearing. Visitors will be expected to follow CDC guidelines requiring six feet of social distancing between one another.