A father and son hugged for the first time in months Saturday when the father returned from Afghanistan, where he was deployed with the Indiana National Guard. 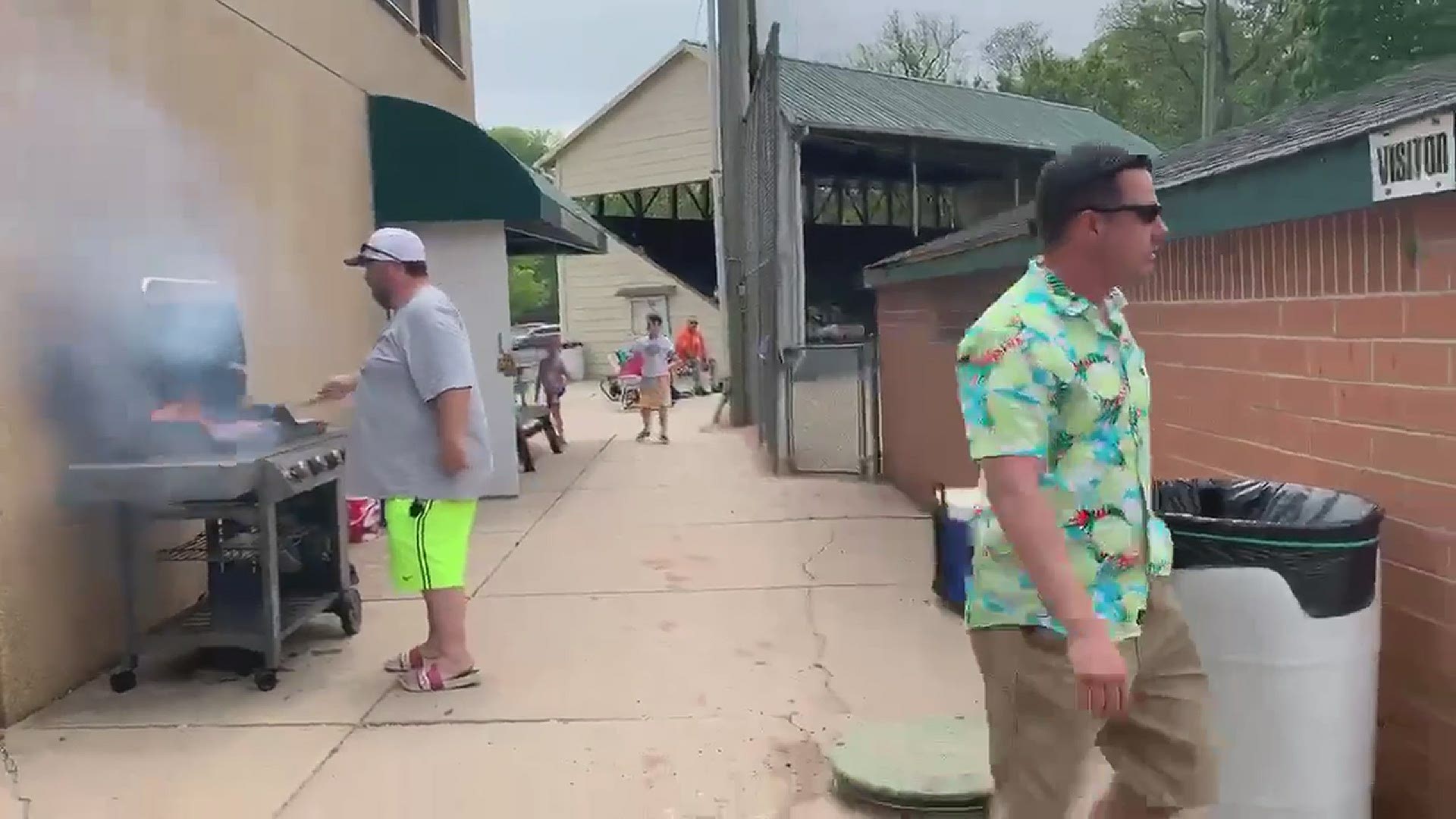 NOBLESVILLE, Ind. — An Indiana father who had spent two months deployed in Afghanistan returned home Saturday and surprised his son during his baseball game.

Dave Kinyon was deployed to Bagram, Afghanistan, with a small unit from the Indiana National Guard. He spent two months there until his mission was cut short due to the withdrawal of troops that President Joe Biden announced in April. Biden said the last American troops serving in Afghanistan — some 2,500 — would withdraw by Sept. 11, 2021.

When Kinyon returned home, he headed to the baseball field where his son Gavin was playing a regular-season game in Noblesville Babe Ruth Baseball’s spring season.

He hid behind the dugout while Gavin was at bat.

"After his hit [a solid double to deep right field], the other team took a timeout for a pitcher change," Kinyon said. "That’s when I stepped out onto the field."

The heartwarming moment was caught on camera as Gavin ran to his father and gave him what can only be described as a gigantic hug.

Kinyon got off the field and proudly watched his son finish up a great game.

Watch their reunion in the video player below.