What are the possible repercussions of an early 2020 census deadline on the Coastal Bend?

Since the head count for the census comes around every 10 years, decisions from the 2020 census will stay in place until the 2030 census. 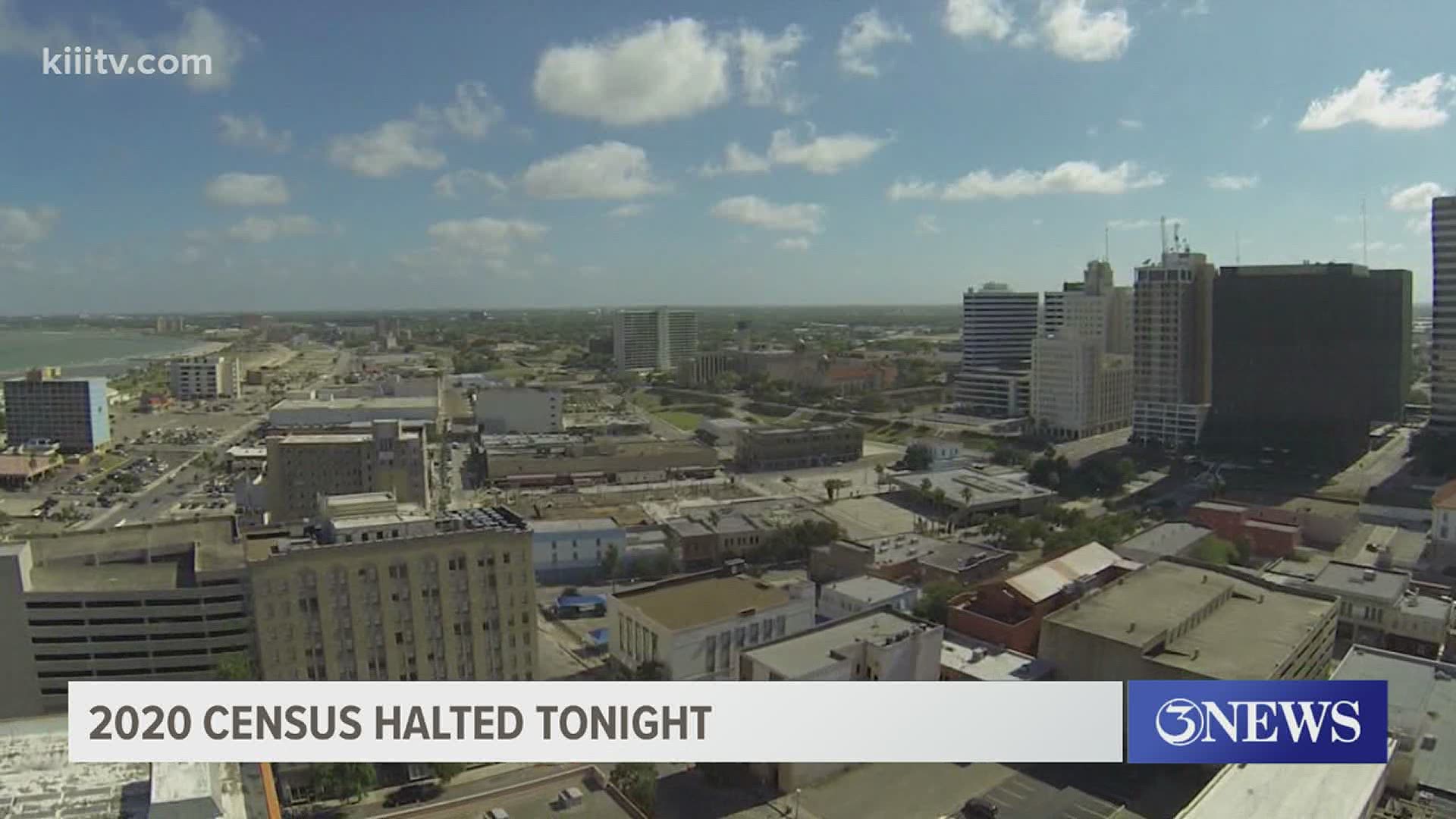 CORPUS CHRISTI, Texas — This week, the U.S. Supreme Court pressed the brakes on the 2020 Census.

The Trump Administration argued that the census head count needed to end so there would be enough time to count the numbers. The original deadline would have been on October 31st, but now the deadline to fill out the U.S. census is ending nearly half a month earlier.

3News legal expert Matt Manning said the urgency in putting a halt to the census is simply a political move.

"With the original extended deadline, the data would've been provided to the president in April which means if we have a change in administration it could've been a different administration that is parsing and using this date. Under this lawsuit and under the supreme court's order, it will now be the Trump administration and politically that essentially means Mr. Trump and the republicans will be in control of this data," Manning said.

Manning said locally, hard-to-count communities might not be accounted for.

Ultimately, if there is a smaller pot of money for a larger group of people, community resources could potentially lose money.

"Funding on both the local and state level: Medicaid, SNAP benefits, student loans, community loans, block grants, all kinds of things that come from the federal government," Manning said.

Since the head count for the census comes around every 10 years, decisions from the 2020 census will stay in place until the 2030 census.