A spokesperson said tickets would be refunded as the emergency situation across the street unfolded. 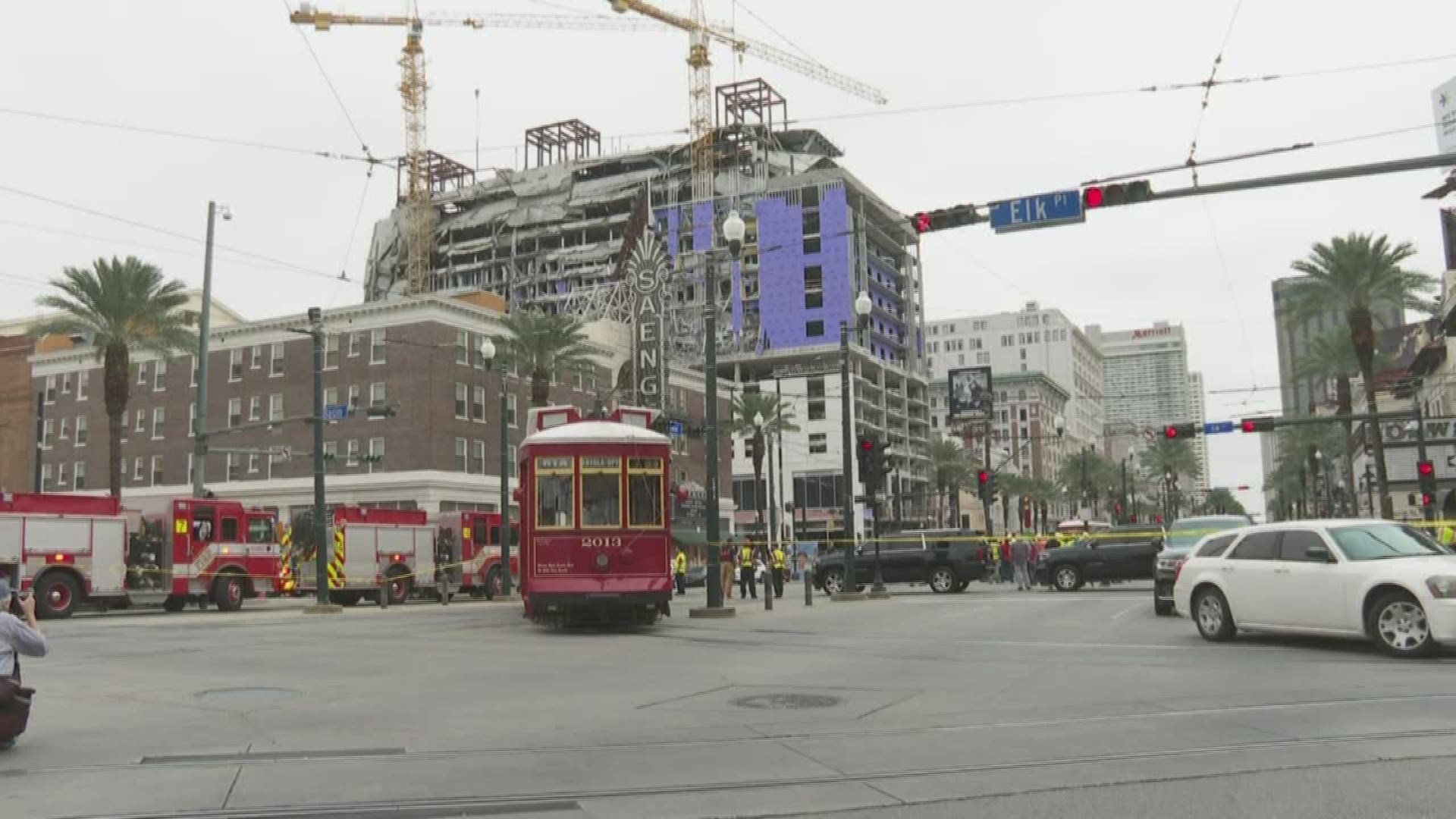 NEW ORLEANS — The Saenger Theatre has cancelled its remaining performances of "Wicked" for the remainder of its scheduled run following the collapse of a nearby hotel on Canal Street, New Orleans Mayor LaToya Cantrell said Sunday.

The show was scheduled to go through Oct. 20.

Cantrell said the theatre, which sits in a zone that is blocked off to traffic and is located across from the Hard Rock hotel that collapsed, suffered damage to its roof. Cantrell did not elaborate on the extent of the damage.

On Saturday morning around 9 a.m., the top floors of the partially-built Hard Rock Hotel collapsed near the theatre that killed two people, injured dozens more and prompted a rescue mission for those believed to be trapped within the rubble.

Officials warned there was a strong possibility for further collapse, and ordered a mandatory evacuation in the blocks surrounding the hotel.

According to NOLA.com, Tickets purchased through Ticketmaster via phone or online will be refunded automatically.

Tickets purchased in person at the Saenger box office must be returned to the box office, which is normally open from 10 a.m. to 5 p.m. Monday through Friday.