Amanda Noverr transferred to San Patricio Co. jail, both persons of interest remain in custody since being deported from Mexico

The two are both facing charges of felony theft in connection with the deaths of James and Michelle Butler. 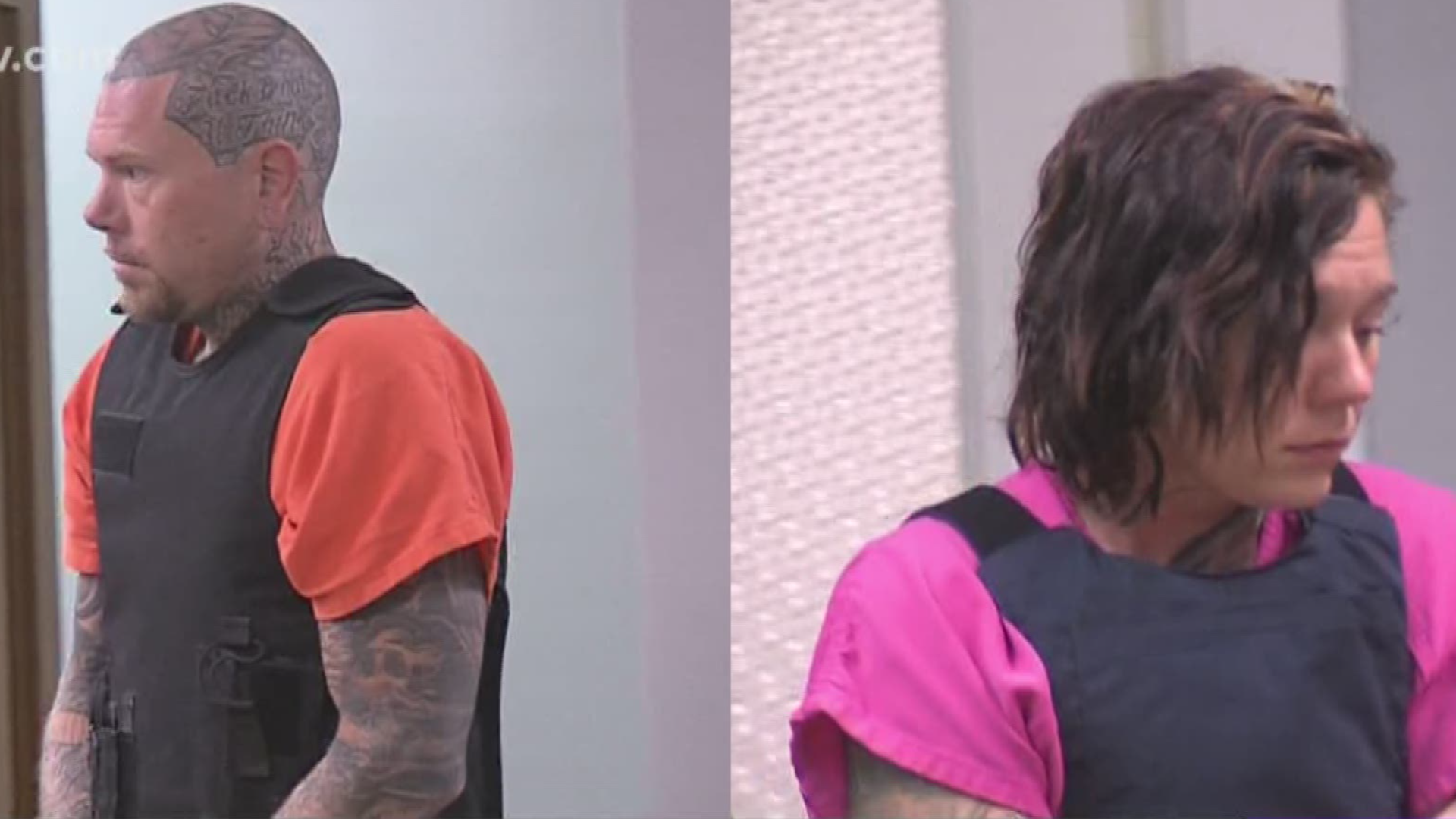 The two are both facing charges of felony theft in connection with the deaths of James and Michelle Butler. They were arrested in Jalisco, Mexico, this week. Williams was sent back to the U.S. Wednesday night and Noverr was deported along with her child back to the U.S. the following evening.

Bond for Williams and Noverr remains set at $1 million. Williams is being held in the Kleberg County Jail. Noverr was transferred to the San Patricio County Jail Friday afternoon.

The bodies of James and Michelle Butler were discovered the week of Oct. 27. Authorities had responded the area between Mile Markers 263 and 264, an opening in the sand dunes commonly known as "the bowl", after a cellphone believed to belong to the missing couple pinged in the area. That's when they noticed the body of Michelle Butler. The following morning they continued their search of the area and found James' body in the same area.

Both bodies were badly decomposed and it wasn't until Friday, Nov. 1, when authorities were able to positively identify the couple.

The following Monday, Kleberg County authorities released an image of Adam Curtis Williams and Amanda Noverr that was captured as the two crossed the border into Mexico from Eagle Pass, Texas, They were driving the truck that belonged to the Butlers. The very next day Williams was identified and Kleberg County Sheriff Richard Kirkpatrick announced that they had obtained a warrant for his arrest.

On Wednesday, Nov. 6, Kirkpatrick confirmed to 3News that Williams had been arrested by authorities in Jalisco, Mexico, and that he would be extradited to Kleberg County.

Noverr was booked into the Kleberg County Jail Thursday night.