Any changes made would go into effect on Oct. 1. 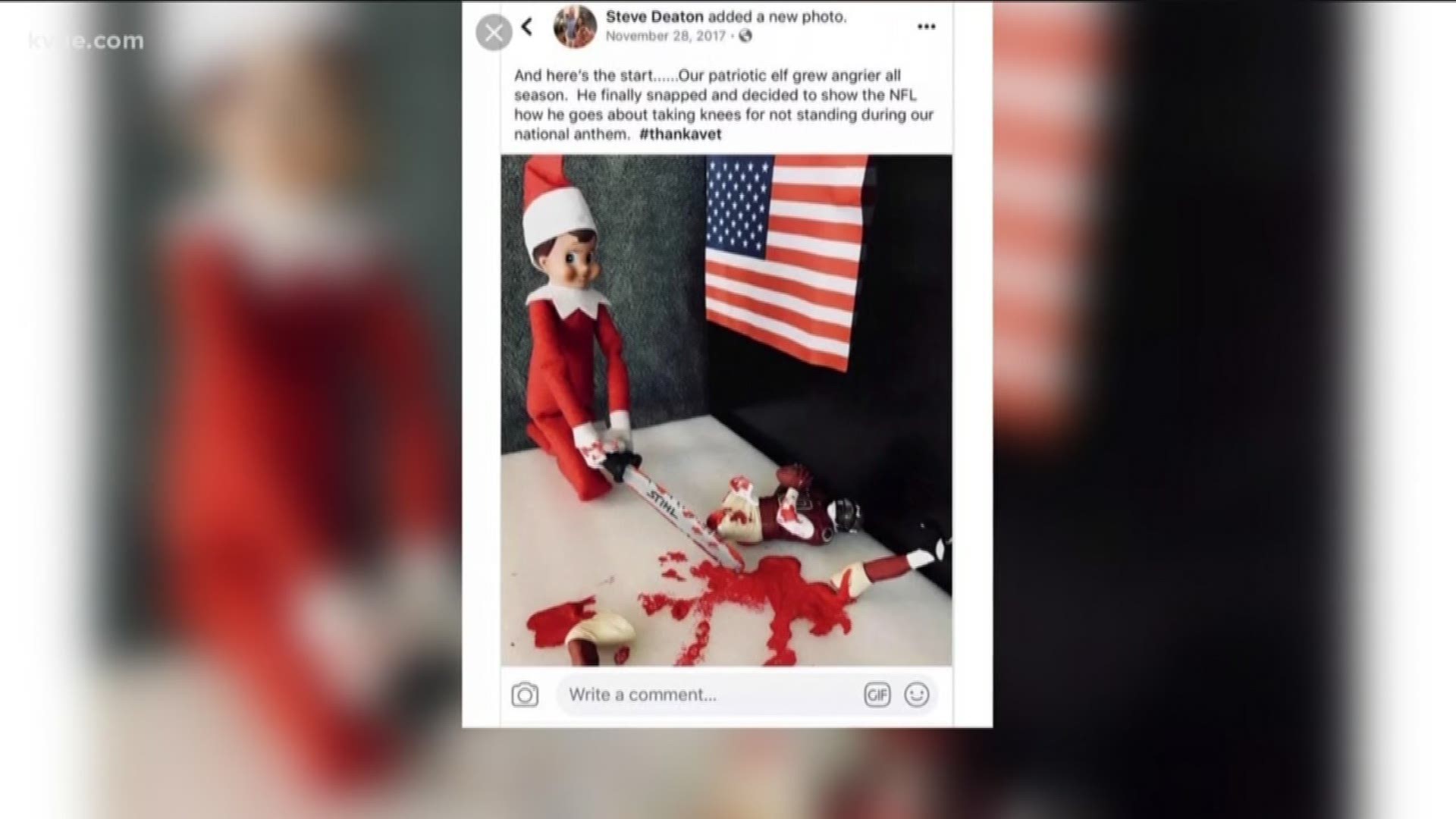 WILLIAMSON COUNTY, Texas — The Williamson County Sheriff's Office could soon make changes to its social media policy. The Williamson County Commissioner's Court on Tuesday met to discuss the policy, but decided to give the issue more time and look into it further at their next meeting in two weeks.

This comes after Williamson County Commander Steve Deaton was under fire for posting racist and offensive photos on Facebook. The posts contained photos of dolls depicting actions such as rape, kidnapping, sexual acts and the mutilation of a black football player for kneeling during the national anthem.

The photos were published as recently as December of 2018 and go as far back to November of 2017.

Despite the controversy, Williamson County Sheriff Robert Chody said the current policy is too vague to punish Deaton for his posts.

Chody said the current social media policy states that "employees may use social media in any way they choose, as long as that use does not produce adverse consequences."

The sheriff's office told KVUE it could not decide what adverse consequences resulted from Deaton's posts or what exactly that term means.

According to our partners at the Austin American-Statesman, Deaton has since filed a complaint with the Equal Employment Opportunity Commission.

According to the meeting's agenda, the court discussed the policy on item numbers 48 and 49. Any changes would go into effect on Oct. 1.

You can watch their discussion over the items here: