Police believe alcohol was a factor in the crash. 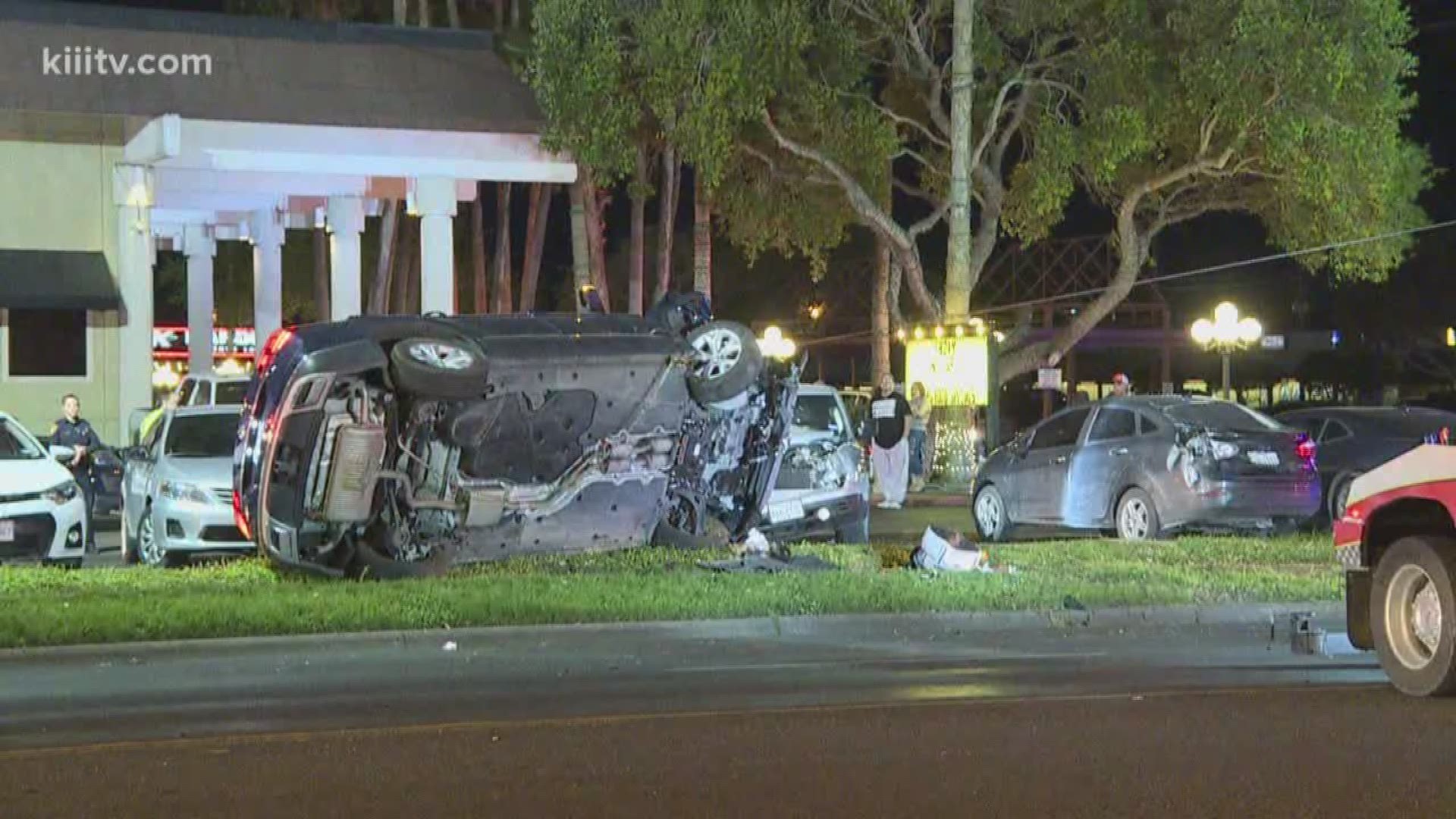 According to police, two cars were driving in opposite directions on Everhard when they hit head-on. One car rolled over and crashed into six vehicles in the parking lot at the Palace Men's Club.

Police believe alcohol was a factor in the crash.

Minutes before the accident Lyft driver Jason Athey said he was taking six people to the Palace from a concert downtown.

One of Athey's passengers asked him to pull over because he had to go to the bathroom, so he parked at Stripes on Everhart and Holly. Moments after parking Athey heard a loud bang.

Athey's passengers did not know what the sound was until they passed by the Palace and saw two cars crashed and laying on their sides.

"It went from everyone having a good time. To silence just like that," Athey said. "If we had just said screw it and not used the restroom and just gone to the Palace. We would have either seen it or been a part of it because where it happened is right where you turn into the palace."

Athey's passengers ended up changing their mind after seeing what happened.

According to Athey, he saw someone laying on the floor by the cars, but police said there were only minor injuries.

Officers are currently are investigating the crash as a DWI.

Athey said it's a miracle no one was killed but if the person drinking and driving would have just taken a ride share service like his passengers the crash could have probably been avoided.