Police said the chase ended near Sonora and Prescott. The suspect was caught just blocks away. 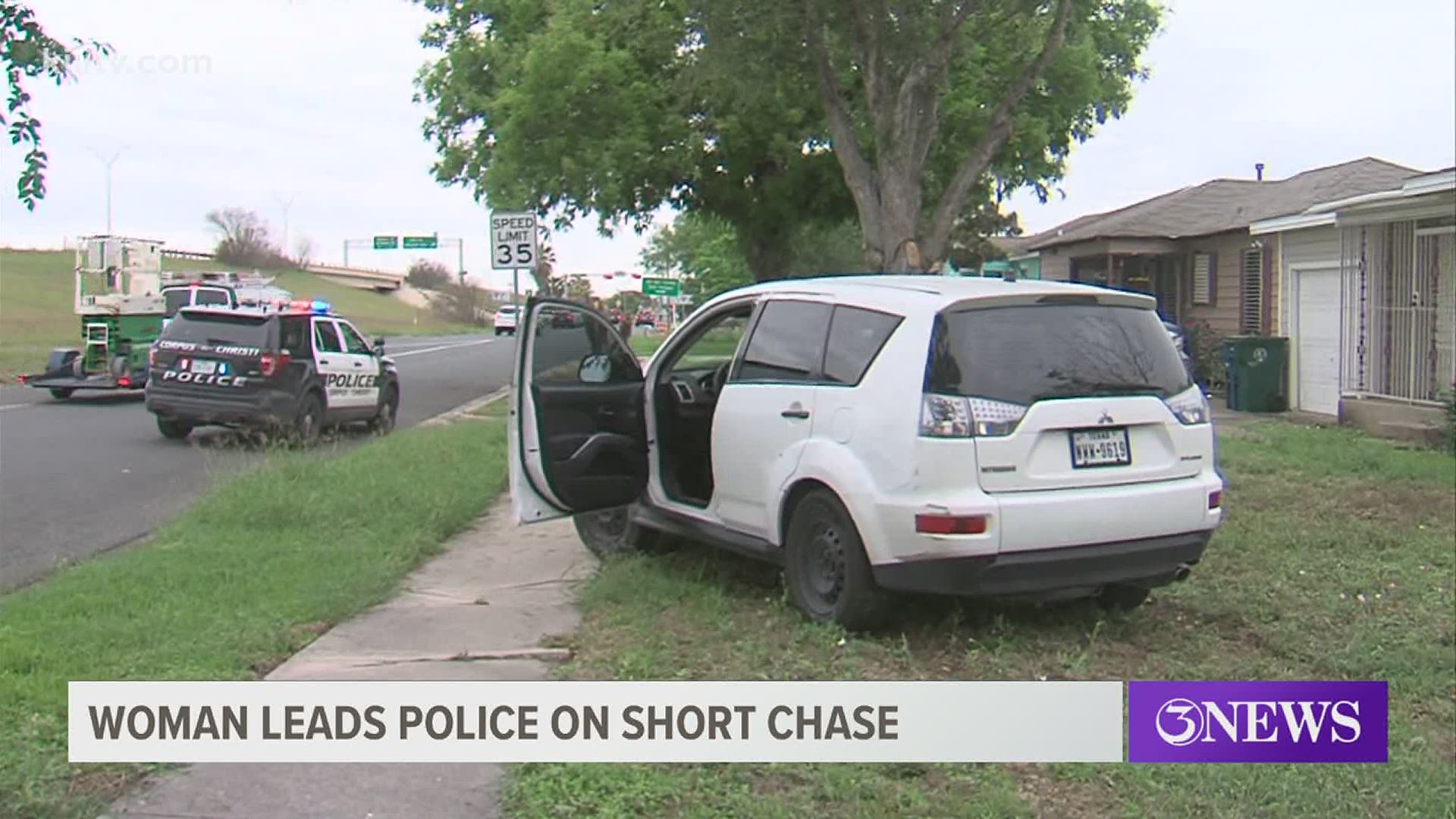 CORPUS CHRISTI, Texas — A woman led Corpus Christi police on a short chase Monday morning after officers tried to initiate a stop for a traffic violation.

It happened around 11 a.m. Monday. The female driver fled and eventually ditched her vehicle in the middle of someone's yard near Sonora and Prescott. Police said the suspect then fled on foot.

Police caught up with the woman just a couple blocks away and arrested her. According to officers at the scene, she had a drug-related warrant and they believe that may be why she fled.

Thankfully no injuries were reported. The suspect was taken to the Nueces County Jail.