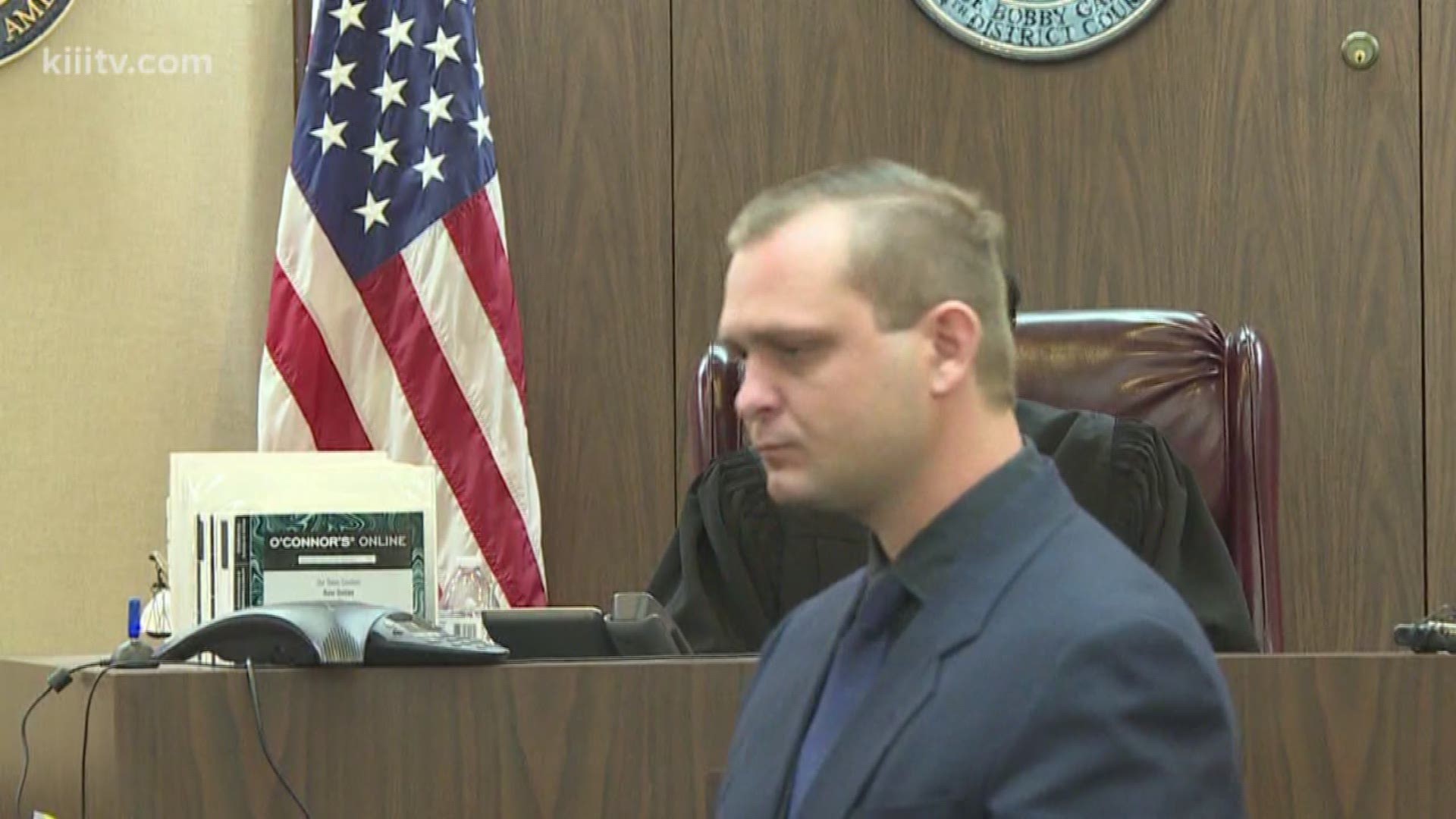 CORPUS CHRISTI, Texas — The mother of a Corpus Christi woman who was killed over a year ago by a wrong-way driver was at the Nueces County Courthouse Monday morning as the driver who caused the crash accepted a plea deal.

30-year-old Justin Vinson agreed to plea guilty to a charge of intoxication manslaughter.

"Well I've been in shock for many, many months now, and have been depressed over it," Linda Reynolds said.

"I never saw my daughter after this happened," Reynolds said. "The only thing I had from her was her ashes and a clump of her hair."

It was the night of February 16, 2018, when Vinson got on the road after a night of heavy drinking. He somehow ended up going the wrong way on I-37 near Clarkwood, and it was there that he crashed into an oncoming vehicle, instantly killing Laurie Reynolds, a mother of three.

The crash pinned Vinson in his vehicle. He was admitted to the hospital and was later booked and indicted for intoxication manslaughter.

"He had an alcohol content of 1.36, which is above the legal limit," Nueces County Prosecutor Joe Mike Pena said.

On Monday, Vinson agreed to a plea deal with prosecutors.

"We felt we had a strong case but you never know what a jury is going to do, and after talking to the victim, she was okay with us going open to the judge where we had capped it at 15 years TDC and the court found him guilty," Pena said. "They're going to be doing a pre-sentence investigation report to find out what his criminal history is like and his social activities, pros and cons, if he has any issues with alcohol, narcotics or drugs."

Findings from the pre-sentence investigation will determine whether Vinson could be eligible for probation.

Vinson's next court appearance could be in a week and half. He will then know whether he will serve 15 years in prison or be eligible for probation.