WWII airplane touches down at the Corpus Christi International Airport

It’s not every day that a World War II warbird swoops into town and lands at the Corpus Christi airport. 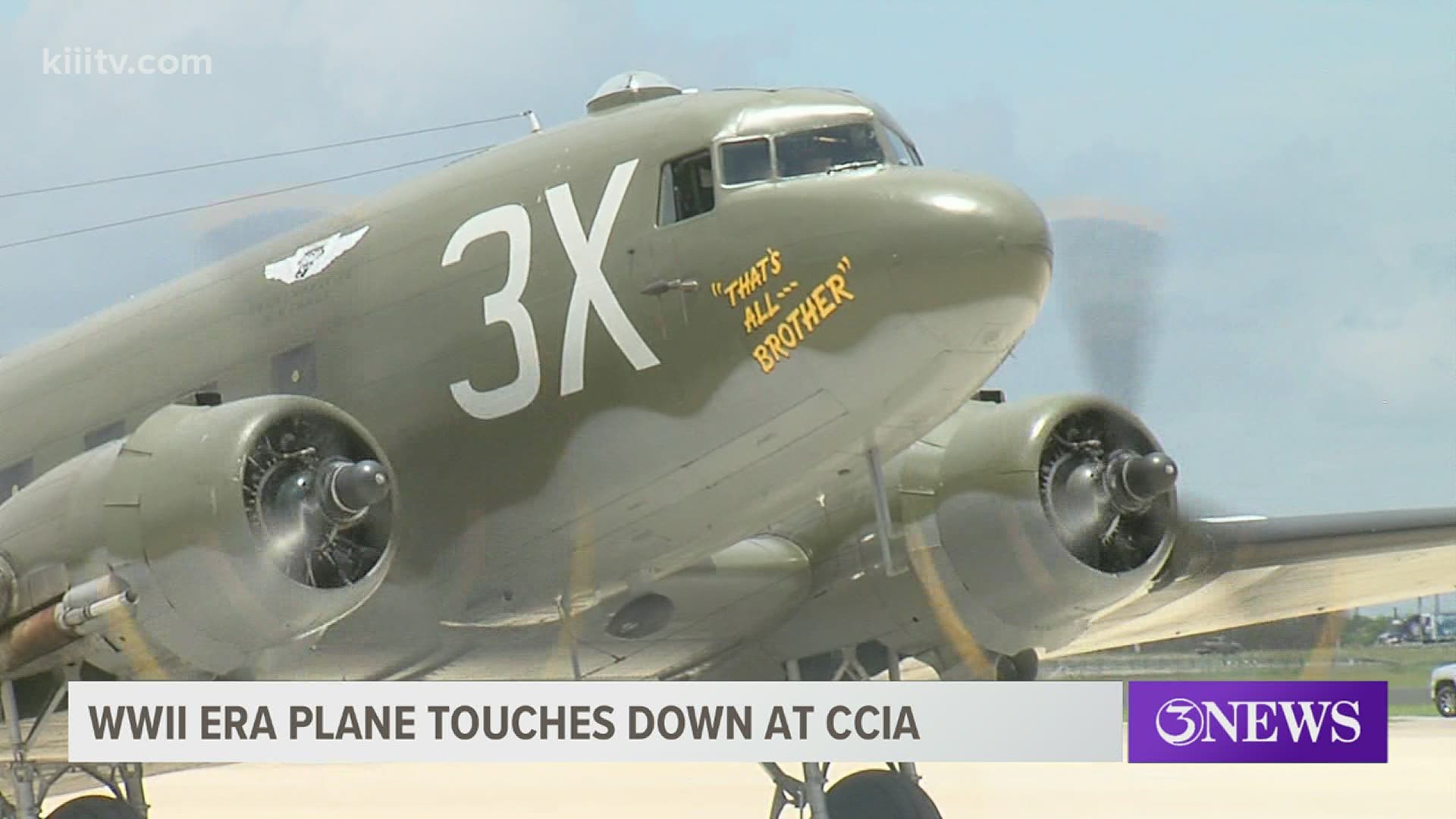 CORPUS CHRISTI, Texas — “That’s All Brother,” is a C-47 troop transport plane that actually led the D day invasion. The 77th anniversary of that historic event is coming up on June 6.

On Friday, folks got to hitch a ride on the old warbird as it flew in to our airport.

It’s not every day that a World War II warbird swoops into town and lands at the Corpus Christi airport.

Douglas C-47 first took to the skies during World War II. It’s named, “That’s All, Brother.” It actually led the airborne invasion of France on D day. Some 800 of these C-47’s dropped over 13,000 paratroopers into France and soon had the Nazi’s on the run.

"Lieutenant Colonel Donaldson was selected to be the leader of the over 800 airplanes and this airplane was in the lead of all that he wanted to send Adolf Hitler a message so what he did was he had, “That’s All Brother,” painted on the side of the airplane as a message to Adolf Hitler that, OK this is the beginning of the end!

The commemorative Air Force rebuilt this plane and our own Ed Rachal foundation funded most of that work.

"It was found in a boneyard up in Wisconsin," Mitchell said. And the company that actually owned the airplane at the time had no idea what the historical significance of the airplane was the commemorative Air Force found out about it and obviously because of the historical significance the commemorative Air Force decided the plane needed to be saved.”

Now that this plane is back in the air, it was flown on this day from San Marcos down to Corpus Christi. That was to allow some lucky folks to hop on and take a ride. 77 years ago this historic transport plane was being tuned up and prepared for the June 6 D-Day invasion.

The C-A-F Members also told us that they hope future generations will continue to be able to enjoy and learn from this history museum on wings.