They knew they needed to track down the owner, saying it wasn’t luck that they found the Bible — they believed a higher power was at work. 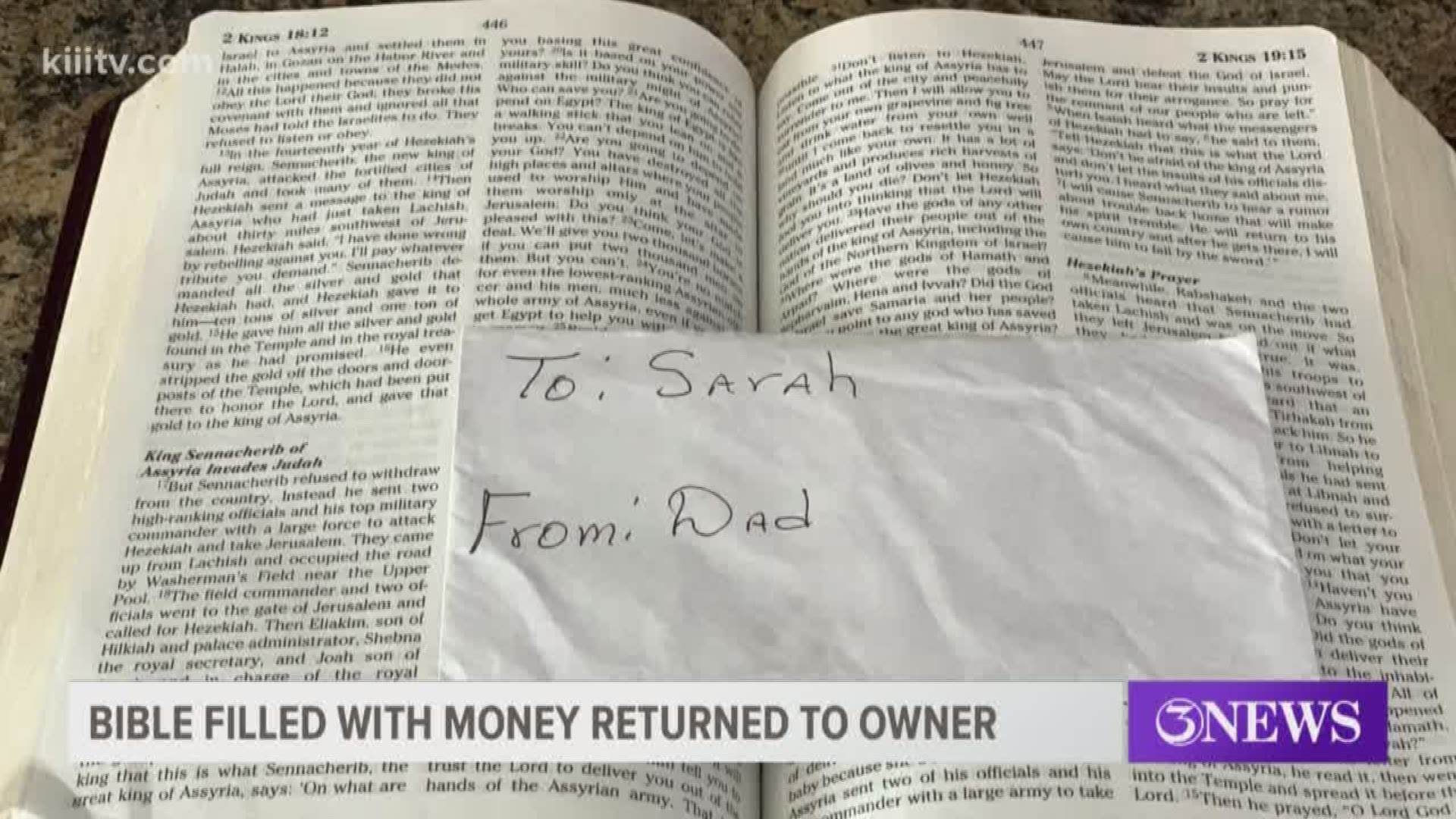 REFUGIO, Texas — It was a true test of faith for two college students when they came across a Bible containing an envelope filled with money on the side of the road in Refugio County, Texas. They immediately knew they had to do the right thing and find the rightful owner, and on Tuesday that honorable decision was recognized.

It was just another day on the job for 20-year-old Austin Moya and 19-year-old Trey Upton, two college students spending their summer doing work for Refugio County. They were picking up trash along the side of Kelley Road when something caught their attention.

“My coworker Trey just happened to see a Bible in the ditch and an envelope,” Moya said.

When they opened the Bible to see who it belonged to, there was a big surprise. Inside was an envelope, and inside that envelope was $700 in cash.

“I thought someone lost a lot of money. I saw that it had her name on it, said, ‘To Sarah, from Dad.’ Looked inside the Bible and it had her full name,” Moya said.

The owners name was Sarah Martinez.

The two didn't hesitate. They knew they needed to track down the owner, saying it wasn’t luck that they found the Bible — they believed a higher power was at work.

“She said her prayers had been answered. She was very appreciative, and proud of these young men for doing the right thing,” Bourland said.

Martinez told 3 News the discovery was an enormous blessing. She didn't know if she would ever see that Bible or the money ever again. It turns out she lost it during a move from Refugio to Woodsboro, Texas. It had fallen out of her vehicle.

The envelope was addressed to Martinez from her father, who had recently passed away.

Meanwhile, Moya and Upton’s actions were highlighted on the Refugio County Sheriff’s Office Facebook page. The two said they are humbled by all the attention.

“I knew it was the right thing to do,” Upton said. “I know if I was in that situation, I’d hope someone would return that to me if they found it.”

“It was the right thing to do. It wasn't my money to keep,” Moya said. “It was a gift from her dad.”

“I wouldn't expect anything different from them,” Bourland said. “They are good kids. They've always been good kids. Kind of kids we’re proud of in Refugio.”