Memorial service held for constable who served for 20 years

Whether Ronnie Polston was on or off duty his family and friends said he was always willing to lend a helping hand. 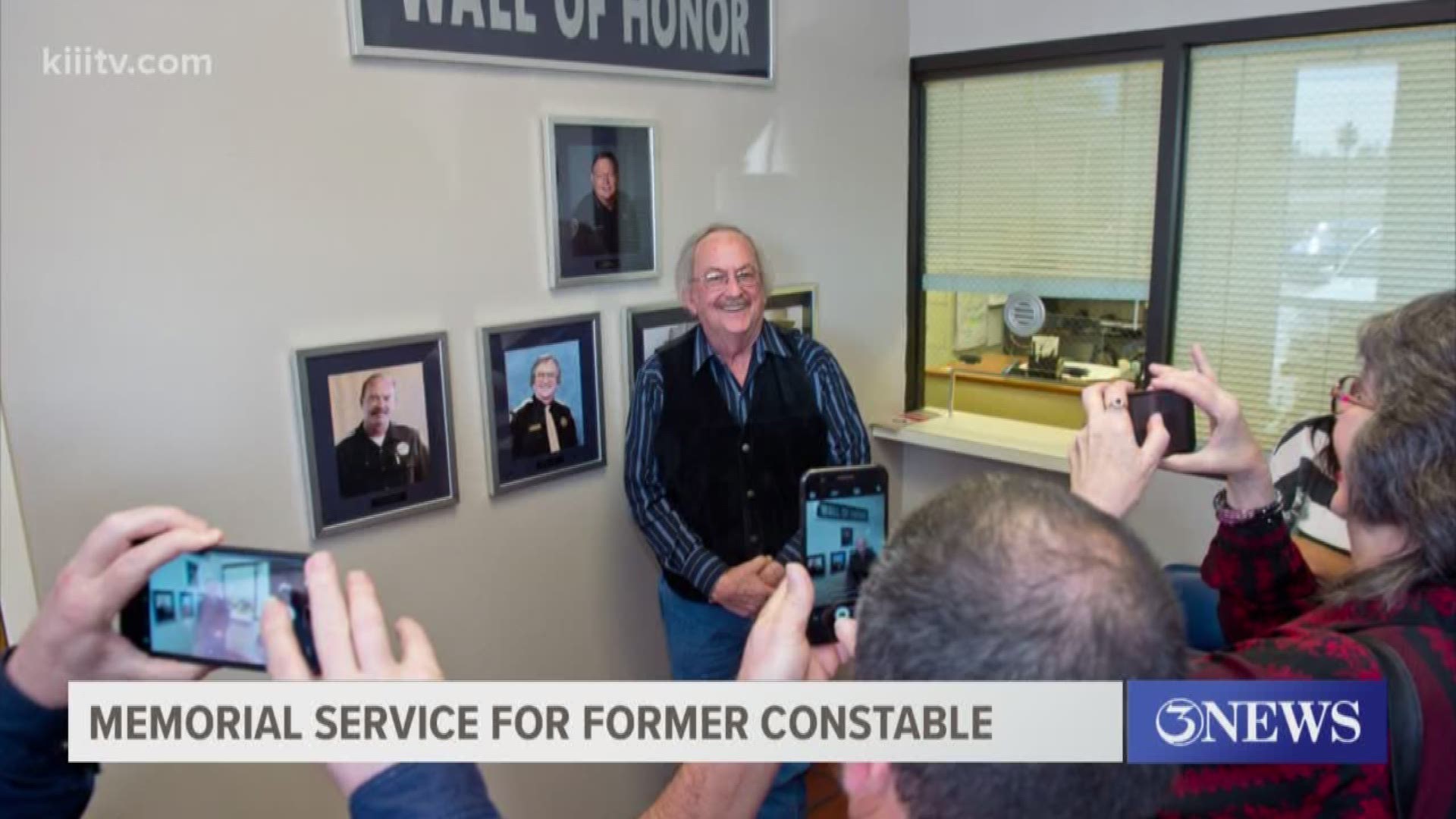 CORPUS CHRISTI, Texas — A memorial service was held in Corpus Christi to celebrate the life of Ronnie Polston who served as precinct two constable for almost 20 years.
Whether Ronnie Polston was on or off duty his family and friends said he was always willing to lend a helping hand.
The aisles of Kings Crossing Church of Christ were filled with people celebrating the life of Ronnie Polston.
He served as the precinct two constable from 1981 to 2000, and although his work life kept him busy his granddaughter said he still found room to give more.
“He was always buying broken down washers and dryers and repairing them and giving them to needy families, Stacey McGlocklin said.” Just all of his spare time was spent taking care of other people.”
Polston served in the U.S. Navy during the Vietnam War, then had a career at the Nueces County Sheriff's Department before becoming constable. Polston's son-in-law said public service was in his blood.
“He believed in the American way, he believed in justice and law and helping people,” Joe Alley said.
Helping people like current precinct two constable Mitchell Clark.
“I said, 'Well, I kind of want to get back in law enforcement and I loved to go and work for you,' Ronnie said, 'I'd love for you to work for me,’” Clark said.
Clark said if it wasn't for Polston he wouldn't be where he is today and neither would precinct two.
“He got the constables into the limelight,” he said. “This is a cool organization. Been around for 100 years, and we do good stuff.”
Clark said he plans on continuing that legacy.
Polston is survived by his wife of 42 years, kids, grand kids, great grandchildren and over 100 foster children.