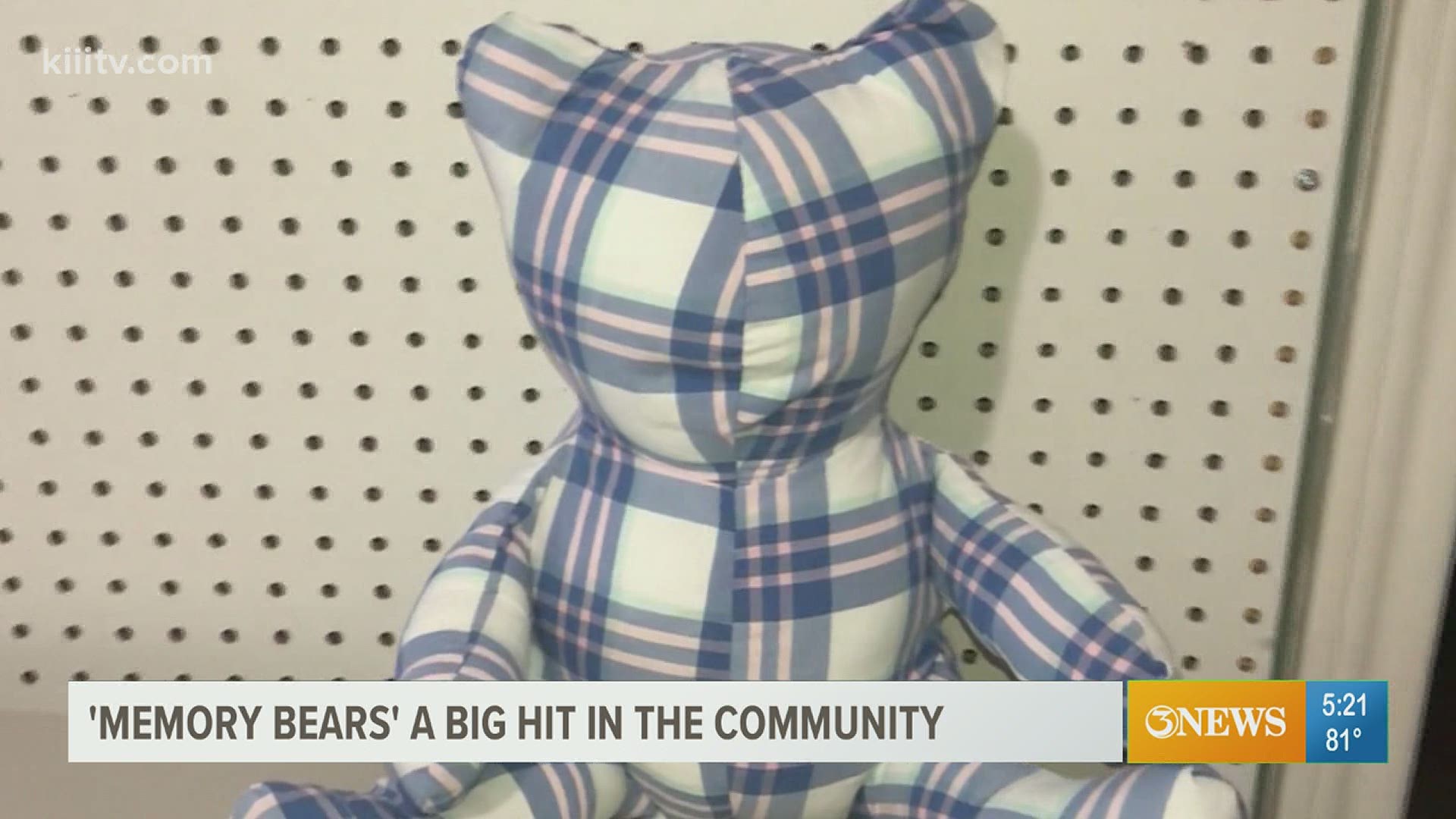 Throughout the pandemic, several residents found a way to occupy their time or make extra cash. Leeannah Litchenberg in Callen did just that and is making a positive impact on even more in the Coastal Bend.

"When a loved one passes away, you know you have a lot of clothing leftover obviously," said Litchenberg, a seamstress.

Shirts, jackets, and blankets were used as material for the custom bears.

"It's turned into a stuffed animal and it's called a memory bear. This is just like the shape of it this is how big it is. It has little ears and eventually it'll have eyes and a patch on its belly," said Litchenberg as she described the bear.

The memory bears are made to remember a loved one who passed away by using their remaining clothes.

"It's hard for a lot of people to hand something over, you know, something that's special to them, handing it over to a stranger is not really something that they want to even think about," said Litchenberg.

"A little boy had his father pass away and his mom wanted me to make a small one for him, you know, he was like a toddler," said Litchenberg. "It's extremely rewarding to be a part of such a huge milestone for some people, especially after a period of time where everyone has either known someone that's passed or, you know, lost someone who was very very close to them."