The Hooks partnered with Humana Insurance to give Vietnam veterans recognition that they felt was long overdue. 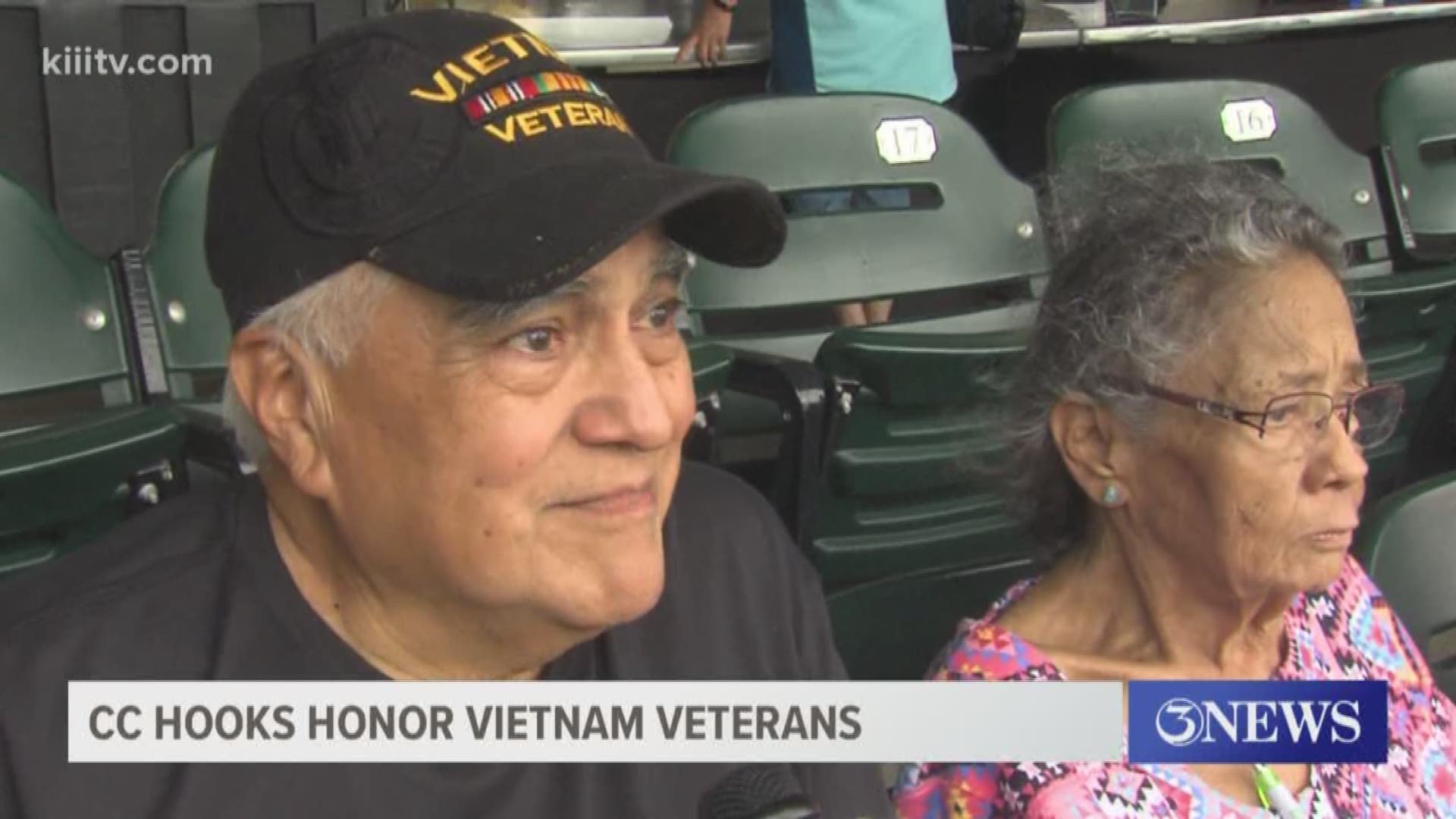 In honor of Memorial Day Weekend, the Corpus Christi Hooks held a pinning ceremony for dozens of Vietnam veterans.

The event was put on in partnership with the Hooks and Humana Insurance allowing Vietnam veterans to receive the recognition that they felt was long overdue.

At the time of the Vietnam War, many Americans found it unpopular, so when soldiers came back home many of them weren't met with open arms.

The U.S. government acknowledged that decades later and wanted to right that wrong. So Humana and the Corpus Christi Hooks thought what better way to do that than at Whataburger Field.

One of them being Sylvester Garcia, who served in the army during the Vietnam war.

Garcia said the first time he heard someone thank him for his service was at his father's funeral over 20 years later.

Vietnam veteran Rudytejano Pena said he initially did not get any recognition either, but he said it's welcomed now.

At the baseball game, Humana and the Corpus Christi Hooks were able to pin close to 100 veterans.