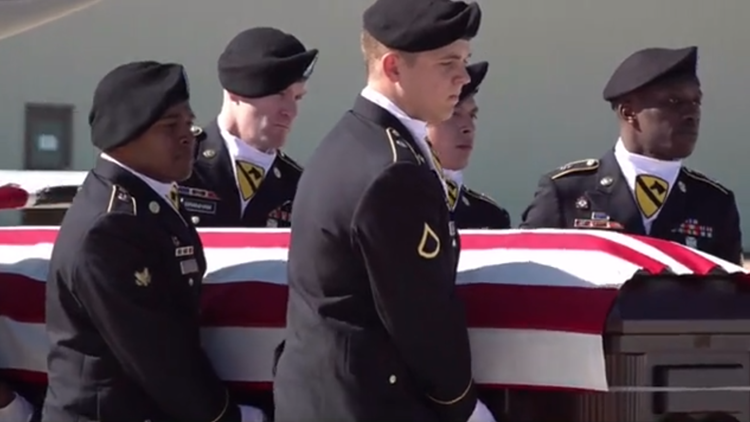 FORT HOOD, Texas — Fort Hood held a dignified transfer ceremony Tuesday for one of the two soldiers killed in Afghanistan two weeks ago.

Knadle and another soldier, 25-year-old Chief Warrant Officer 2 Kirk T. Fuchigami Jr., died in Afghanistan in a helicopter crash while providing security for troops on the ground in Logar Province, according to the Department of Defense.

Knadle left for a 9-month deployment to Afghanistan in October. He leaves behind his wife and two children in Temple.

Knadle's visitation will be Wednesday at Dossman Funeral Home in Belton from 4 to 6 p.m., and his funeral will be Thursday at Vista Church in Temple at 10 a.m.

Fuchigami will be laid to rest in Utah Dec. 9

Both funerals are open to the public.