A ceremony to retire Sgt. Maj. James G. Sartor’s #84 football jersey will be held during a pep rally Friday on the football field at Teague High School.

Sartor, a decorated Army serviceman, died on July 13 in combat while serving in Afghanistan. He was 40 years old. 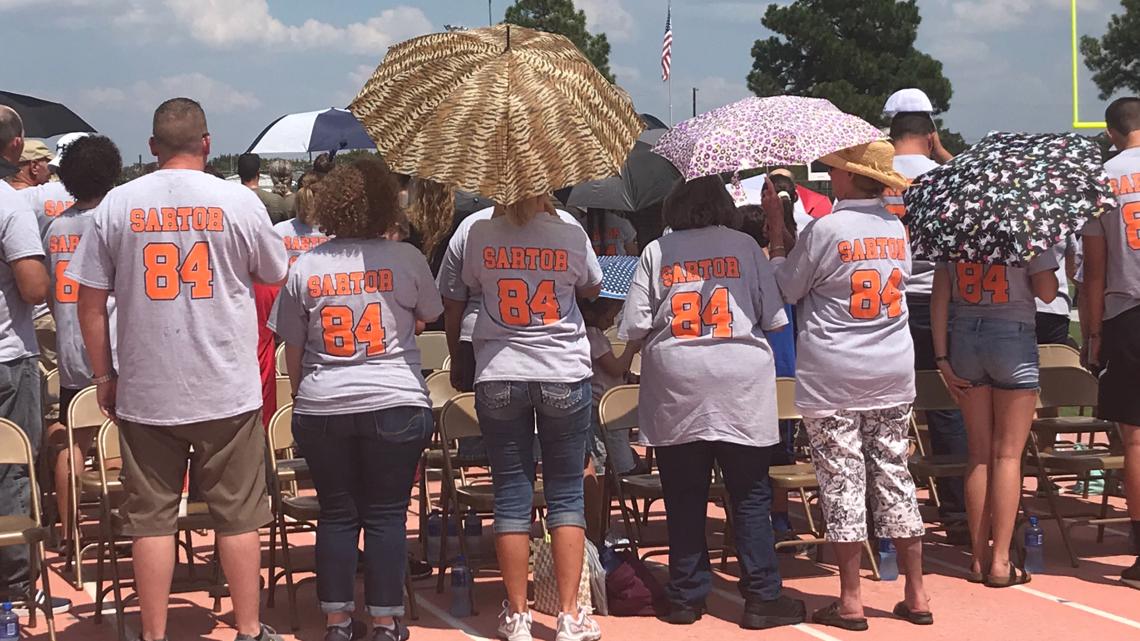 RELATED: Decorated US service member killed in action in Afghanistan was from Teague, Texas

His military accomplishments include:

A memorial service will be held at 3 p.m. Saturday in the auditorium at Teague High School.

Video of the Day: