Cecily Aguilar pleads not guilty, bond denied until trial for her suspected role in death of Vanessa Guillen

A federal judge in Waco denied bond for Cecily Aguilar Tuesday afternoon after she pleaded not guilty to the charges she faces in the Vanessa Guillen case. 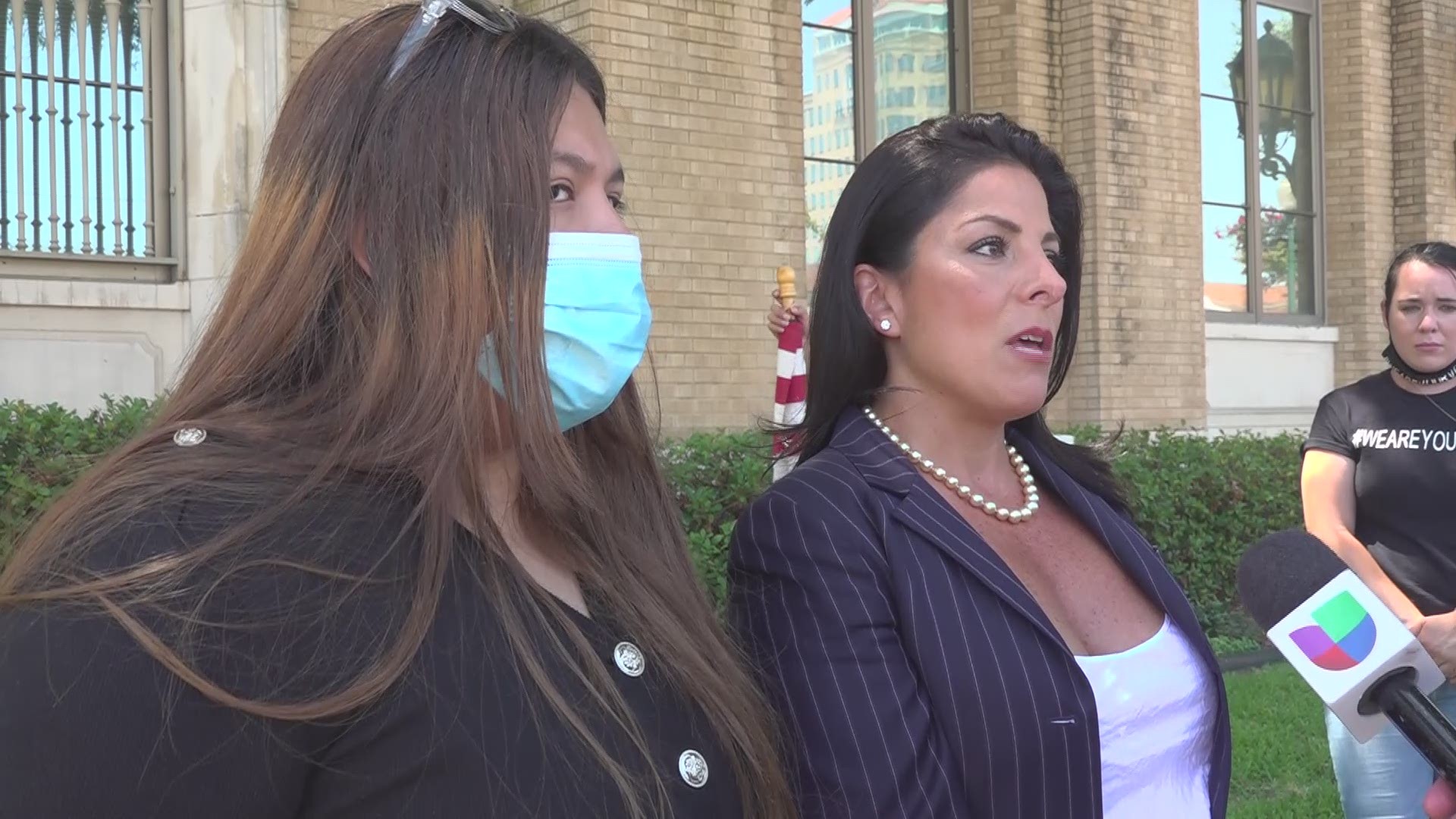 WACO, Texas — A judge denied bond for Cecily Aguilar Tuesday afternoon after she pleaded not guilty to the charge she faces in connection to the death of Vanessa Guillen. The judge said Aguilar must remain in jail until the trial.

Aguilar is charged with three counts of conspiracy to tamper with evidence. The judge did not set a date for her next court appearance.

During the hearing, U.S. Attorney Mark Frazier said Aguilar deleted her google account and while she was in jail she called someone to ask the person to delete her Facebook page. In another phone call, Aguilar said she wanted to leave the country with a $5,000 credit card, Frazier said.

The attorney for Guillen's family announced before the hearing they will meet with President Donald Trump July 29 in Washington D.C. Natalie Khawam said the meeting will come one day before the #IAmVanessaGuillen bill will be introduced to congress.

Khawam said a peaceful protest will be held on July 30 with a march from the Capitol building to the White House. She said the bill will be for all soldiers and families harmed by sexual assault or harassment in the military.

Fort Hood announced Wednesday a 3rd Cavalry Regiment memorial would be held for Guillen on post Friday at 10 a.m. The event will be closed to the media. Khawam said she and the family would address the media after the memorial outside Fort Hood.

Aguilar's estranged husband, Keon Aguilar, also attended the hearing. He said Aguilar was an outgoing person and was beginning to become more religious.

"There was time when she really wanted to know more about the relationship that I have in God and she would just really draw in on that," Keon said.

After the hearing, Khawam said she found it bizarre that Aguilar's husband attended the hearing but she hoped he would tell authorities what he knows about her.

"We hope to God he has the courage to come forth and disclose what he knows about her because we believe she's a murderer," said Khawam.

Khawam compared Aguilar to ISIS and said she should be treated as a terrorist.

"She did exactly how ISIS would treat one of our soldiers," Khawam said. "They decapitate our soldiers. They dismember them. They light them on fire. She did exactly that to Vanessa who is a U.S. soldier and I want her to be treated as the same way and punished as a terrorist because she is."

Before the hearing started, protesters gathered outside the courthouse with signs and chanted in English and Spanish calls for justice. Organizers said they were going to be there until after the hearing. Members of Guillen's family, including her father and a sister, were also there.

The federal criminal complaint reported Aguilar's boyfriend, Spc. Aaron Robinson, repeatedly hit Guillen with a hammer, killing her, on Fort Hood on April 22. She was then mutilated and burned in an attempt to dispose of the body with Aguilar's help, according to the affidavit.

Robinson then got Aguilar to help in disposing of the body, which included mutilating and attempting to burn it, according to the complaint. However, when the body didn't burn completely, they placed the remains in three separate holes and covered them up.

Guillen's remains were found June 30 near the Leon River. Robinson shot and killed himself in the early morning hours of July 1 in Killeen as police approached him.

Guillen's family said she was sexually harassed but she did not report it to her superiors for fear of retaliation. Fort Hood launched an investigation into the harassment claim June 18 but said they found no evidence to support the claim.

RELATED: Vanessa Guillen's sister: 'I do feel like there’s so much more to the story. Everyone in her chain of command is responsible'

Congresswoman Sylvia Garcia along with the president and CEO of LULAC met with the Secretary of the Army July 10 in Washington D.C. Secretary Ryan McCarthy said he would recommend the Department of Defense conduct a full independent review of the entire Vanessa Guillen case.

During the press conference Tuesday, Khawam spoke about the #IAmVanessaGuillen bill that they plan to introduce to the world when they meet President Trump. She said this bill would protect all soldiers so something like this does not happen again.

RELATED: Dozens gather outside Fort Hood to protest for answers in deaths of loved ones

RELATED: Vanessa Guillen mural artist: 'We are not going to let the story die'