Brothers who scammed lotteries in 5 states have repaid virtually nothing, own $2 million in property 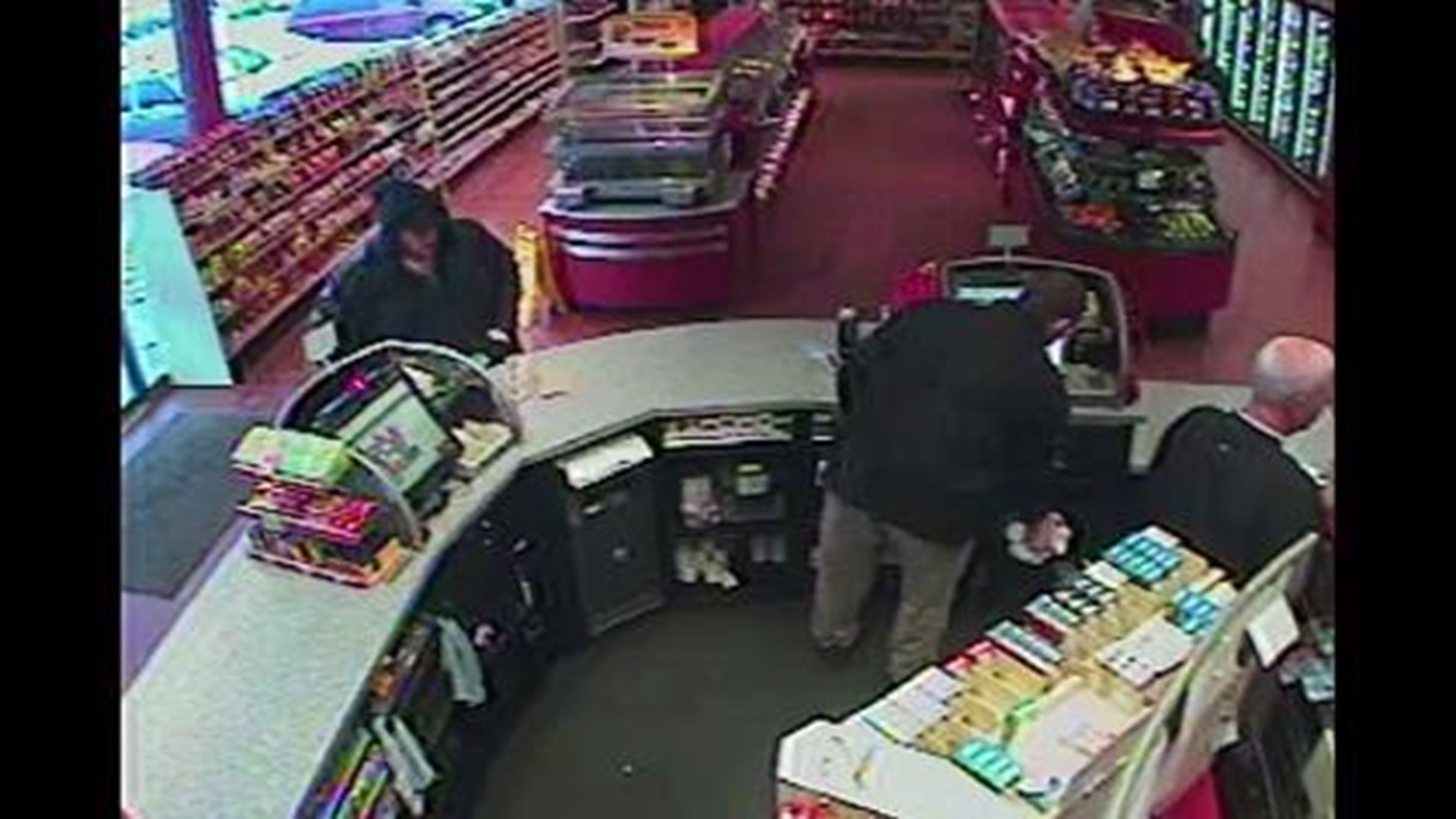 Between them, Eddie and Tommy Tipton admitted rigging drawings in at least five states worth a combined $24 million.

But they barely have made a dent in the more than $2.4 million they were ordered to pay in restitution even though they own more than a half dozen properties in Texas that are worth nearly as much as they owe, according to records the Register has obtained.

At the pair's current rate of repayment, Oklahoma – one of the five state lotteries the brothers scammed – estimates it will be fully reimbursed in 190 years.

► Nov. 3: Lottery and gift card scams are on the rise. What you need to know
► March 26: How a gaming geek pulled off the biggest lottery scam in U.S. history
► Feb. 18: Lottery scam mastermind rigged more drawings than first thought

"How do these guys slip through the loop every damn time? They’re like Teflon," said Allen Weise of Flatonia, Texas, who provided information about the brothers and their properties to Iowa prosecutors before their 2017 convictions.

Eddie Tipton, mastermind of the "random number" scam and former security chief of the Urbandale, Iowa-headquartered Multi-State Lottery Association, remains in prison serving a 2017 sentence that could last up to 25 years. His job also barred him from playing the lottery because the association provides games for state lotteries across the USA.

His brother, Tommy Tipton, a former justice of the peace from Flatonia, Texas, who admitted helping his brother hijack the world's largest lottery network, served a 75-day jail sentence and has been off probation for 15 months.

Using "random" numbers generated from a computer program designed by his brother at the Multi-State Lottery Association, Tommy Tipton acknowledged that he helped to claim prizes in at least two states: Colorado and Oklahoma.

Yet, the brothers retain full or partial ownership in more than $1.8 million of property in Fayette County, Texas, where Flatonia is located about halfway between Houston and San Antonio.

► Jan. 14: Common scams to take your money and how to avoid them
► August 2017: Computer programmer sentenced to 25 years for cheating lottery

• Sold at least two properties with a combined market value of more than $635,000.

• Remained the sole owner of at least five business or investment properties that have a combined market value of $572,950.

• Continued as a joint owner with his still-imprisoned brother in at least two properties and mineral rights on a third valued at $105,420.

So far, no state has pursued the legal actions outlined in the Tiptons' plea deals that entitle the defrauded lotteries to lay claim to the brothers' property or to property that the Tiptons placed in the names of associates and family members.

When the Register contacted Tommy Tipton, he declined to discuss his current work, income or properties. He said in that brief interview that his brother, Eddie, "ain’t never done anything wrong in his life" and vowed the two would once again work together.

"It's hard. I'm a single dad raising three kids on a very limited income with lots of bills, and when Eddie gets home he probably will create something,” Tommy Tipton said. "He's a smart, intelligent guy. Hopefully, the future will be better and we’ll get all that stuff paid back."

The random-number fraud allowed him to accurately predict at least five winning drawings that totaled more than $24 million in Colorado, Iowa, Kansas, Oklahoma and Wisconsin.

The multi-year scheme ultimately unraveled in 2010 after a Des Moines convenience store video captured Eddie Tipton purchasing what would become a $16.5 million ticket. Iowa Lottery officials refused to cash that ticket after some of Tipton's associates on multiple occasions tried to redeem the ticket anonymously.

Iowa prosecutors were aware of his Norwalk home that contained a movie theater and gym, overlooked a pond and sat on nearly 23 acres. He sold in July 2015 for $590,000.

But at the time Eddie Tipton sold his home, prosecutors knew only about the Iowa Hot Lotto ticket that state officials had refused to cash. In late 2015, prosecutors learned that he had rigged lottery wins in other states.

Eddie Tipton argued in court filings that the lien was unconstitutional because it would interfere with his constitutional right to counsel and result in a deprivation of property without due process. Judge Brad McCall of Polk County District Court in Des Moines agreed and dismissed the state's attempt to place liens against the property.

Some of the money that Eddie Tipton scammed in rigged drawings was acquired a decade before his arrest, records show.

Many banks and financial institutions are not required to maintain records that old, which made it difficult for prosecutors to directly link Eddie Tipton’s assets with the winnings, said Rob Sand, a former lawyer for the Iowa Attorney General's Office who helped prosecute the Tipton cases.

"Unless we could very specifically and very clearly show that the money he was paying for them (properties) with was stolen money, we couldn’t do anything about it,” said Sand, who in November was elected as Iowa’s state auditor.

It's "absurd" that states and their lotteries have not taken further action to claim restitution from the Tiptons, Judge Ed Janecka of Fayette County, Texas, told the Register.

In 2015, Janecka successfully urged Tommy Tipton to resign from his elected judicial position because of Tommy Tipton's involvement in the lottery fraud, Janecka said.

"This is just wrong, and the states need to come back with a vengeance," Janecka said.

The Register contacted the lotteries and attorneys general offices in each state where Tommy Tipton or Eddie Tipton owe restitution.

Conversation is ongoing about which state should take the lead on actions that could result in seizing property, said Jay Finks, a spokesman for the Oklahoma Lottery. Some of the games fraudulently won in the scandal were part of multi-state networks.

“It kind of creates a layer of complication we’re trying to navigate,” Finks said.

"Our law-enforcement team in Iowa did not work hard for three years to now see other states make a minimum effort to collect," Sand said. "Hopefully, this is a wake-up call."

1 / 24
Rachel Denny Clow/Corpus Christi Caller-Times
Brothers Tommy and Eddie Tipton were the key players in the biggest lottery scam in U.S. history and have each repaid less than $800 in restitution yet continue to own property valued at hundreds of thousands of dollars. Tommy Tipton's primary residence on Cowan Road in Flatonia, TX, is 2,754 square feed and has a market value of $779,460. It includes a pool and sits on 154 acres.

What the Tipton brothers owe

Here is what Eddie and Tommy Tipton owe and each state’s response.

In Oklahoma and Colorado, portions of the restitution are considered joint payments that both brothers owe, instead of individually. The amounts listed for those states are total amounts owed.

• State response: The state received slightly less than $400 of the restitution, said Annie Skinner of the Colorado Attorney General’s Office. The office did not respond to questions about why officials haven’t tried to seize the Tiptons’ properties.

• Amount ordered to be repaid: Eddie Tipton never was able to claim a $16.5 million Hot Lotto prize in Iowa in 2010, even after enlisting a New York lawyer to set up a Belize-based trust to shield his identity.

• State response: In 2016, the Iowa Court of Appeals reversed one of two fraud convictions against him, saying prosecutors brought the charge after a three-year statute of limitations had expired. He pleaded guilty and was sentenced in 2017 for his crimes in all the states. Eddie Tipton's job as security chief for the Multi-State Lottery Association also barred him from playing the lottery even without the rigging charges.

• State response: Conversation continues about which states should take the lead on actions that could result in seizing property, said Jay Finks, a spokesman for the Oklahoma Lottery.

• State response: The state has received no payment, said Jennifer Montgomery, a spokeswoman for the Kansas Attorney General’s Office.

Iowa records indicate Eddie Tipton has paid the state $14.89. Montgomery did not respond to questions about why the state hasn’t tried to seize properties.

• State response: The state has received $198.12, said Patricia Mayers, a spokeswoman for the Wisconsin Lottery. The state did not respond to interview requests to the lottery and the state’s attorney general about why officials haven't sought further court action.

Photos: Lottery scammers own property worth millions of dollars

1 / 14
Warren County Assessor
Eddie Tipton built a 4,817 square-foot home at 2201 Coolidge St. in Norwalk in 2007. That was two years after he imbedded fraudulent computer code into random-number generating software distributed and used by multiple state lottery games. He sold the home for nearly $600,000 in 2015 but Iowa prosecutors were unable to place a lien to help repay the millions he admitted stealing.

What the Tipton brothers own

Among Eddie and Tommy Tipton's properties and recent transactions identified in public records:

In May 2013, he and his now ex-wife, Pamela, transferred that property to a trust – a financial tool sometimes used to protect property from creditors – that remains in their names. The transfer occurred 15 months after the Iowa Division of Criminal Investigation and the Iowa Attorney General’s Office announced they had launched an investigation into the lottery scam.

• Business or investment properties. Tommy Tipton owns at least five other properties in Fayette County, Texas, with a combined market value of $572,950.

The most valuable parcel includes 100 acres of native pasture land with a market value of almost $401,000; others include a gas station, a house, a mobile home and a commercial building.

• Home ownership from prison. Eddie Tipton owns a 55-acre parcel with a home near Flatonia, Texas, that has a current market value of $365,380.

• Joint ownership. Tommy and Eddie Tipton jointly own two properties and mineral rights on a third valued at $105,420 in Fayette County, Texas.

The most valuable property is 13 acres of land appraised at $80,750; the other property includes a mini-storage commercial site.

The mailing address for the property remains the same address as Tommy Tipton's pool home. She did not return requests for an interview.

1 / 16
Michael Zamora/The Register
Eddie Tipton hugs a family member Tuesday, Aug. 22, 2017, after being sentenced to 25 years for his role in a lottery scam at the Polk County Courthouse in Des Moines.