Julie Edwards, her husband, Matthew, and their three children were set to leave for Baltimore Monday night for a national conference that Julie helped to plan and coordinate.

But the family of five never made it to Baltimore.

Instead, Matthew Edwards shot and killed first his family and then himself in what state investigators have ruled a murder-suicide. State police said Matthew Edwards sustained a self-inflicted gunshot wound, according to autopsies completed Tuesday.

The News Journal has independently identified the victims as Matthew, 42; his wife Julie, 41; Jacob, 6; Brinley, 4; and Paxton, 3. State Police confirmed the parents' names.

Paxton and Brinley were two of the five people killed in Prices Corner Monday night.
Submitted

Both Edwards' son and Horney's daughter have rare genetic disorders that united the women over the last seven years. The oldest Edwards child, Jacob, had Williams syndrome, a developmental disorder that affects many parts of the body, including appearance and intellectual ability, according to the U.S. National Library of Medicine.

Now, the community is reeling in the wake of Monday night's homicide. Police were called to the home at 2709 Ferris Road at 8 p.m. after the family was found dead inside. A 911 call reported an "unknown medical emergency" to numerous first responders who were dispatched to the scene.

No motive for the killings was released by state investigators.

From the onset of the investigation, police told neighbors they had no reason to fear for their safety.

Instead, the surrounding community was left reeling from the tragedy that struck on the otherwise quiet block.

Those neighbors lined the sidewalks around the home Monday night looking for answers. Some speculated, while others hung their heads in sadness as the details filtered out to them.

Already, a GoFundMe – "Help fund Edwards family funeral" – created to support the funerals of the Edwards' children has raised more than $2,000 with a goal of $20,000.

A few neighbors, such as Wilfredo Rivera, said they'd learned recently of marital problems inside the Edwards home. Rivera said he heard about them as recently as Sunday.

The home on the 2700 block of Ferris Road Tuesday in Prices Corner where two adults and three young children were found dead Monday night.
Jennifer Corbett, The News Journal

"He was telling me about his problems while his kids were running up and down the street," Rivera said Tuesday.

Rivera said he was more acquaintance than friend of Matthew Edwards, though the killing of three children just across the street saddened him.

Other friends who didn't live in the neighborhood learned of the news when it hit TV and Internet screens.

When Nina Boyer saw footage of the house where state police were investigating Monday night, her heart sank. She used to live in the neighborhood and still lives nearby.

A closer shot of the home made the tragedy even more real.

"Oh my God," she remembered thinking. "I know that house. I know those people."

A call to Stephanie Peterson, a fellow teacher at a church day care in Marshallton, confirmed Boyer’s fears: It was the Edwards' house.

Both Peterson and Boyer got to know the Edwards at the day care where the two youngest children attended preschool.

Brinley, the middle child and only girl, began going to the day care when she was about 1 1/2 years old back in 2015, Boyer said, adding that she worked with Brinley in the toddler room.

As the years passed, Paxton, the youngest boy who was only a year younger than Brinley, also came to the day care.

Just heard about this devastating news a few moments ago, made my skin crawl. Julie Burton Edwards and I crossed paths five years ago at AI DuPont. She was a fellow special needs mom... https://t.co/1fyJAoNV2c

"Paxton just followed his big sister around," Boyer said. "And (Brinley) was my narrator. She was wise beyond her years, 3 going on 23."

Peterson agreed, adding Brinley often came off as years older in the way she talked and spoke with people.

“She was always asking questions and she always wanted to learn,” Peterson said.

The relationship between the teachers and the Edwards family furthered as the children spent more time at the school. Peterson also began babysitting for the family at their home, where she came to know their oldest son, Jacob.

But the boy was full of hugs and smiles, Peterson said. Occasionally, he would come to the day care after school, Boyer said.

"He was just a happy, happy boy," Boyer said. "He loved music. He loved to dance."

Molly Merrill met Julie Edwards when they were dropping their kids off at the same day care. They never became close friends, but Merrill said she leaned on the experience Julie Edwards accumulated raising Jacob.

“When we got diagnosed, Julie was just there for me, and there for everyone in the Williams Syndrome community,” Merrill said. “She always had the best advice. There’s not a manual on how to be a special needs mom. Nobody tells you how to do that, but she was the person who did that for me.”

Merrill described Julie Edwards as a role model, someone who’d already passed through the learning phase of raising a child with special needs, eager and willing to share her knowledge. 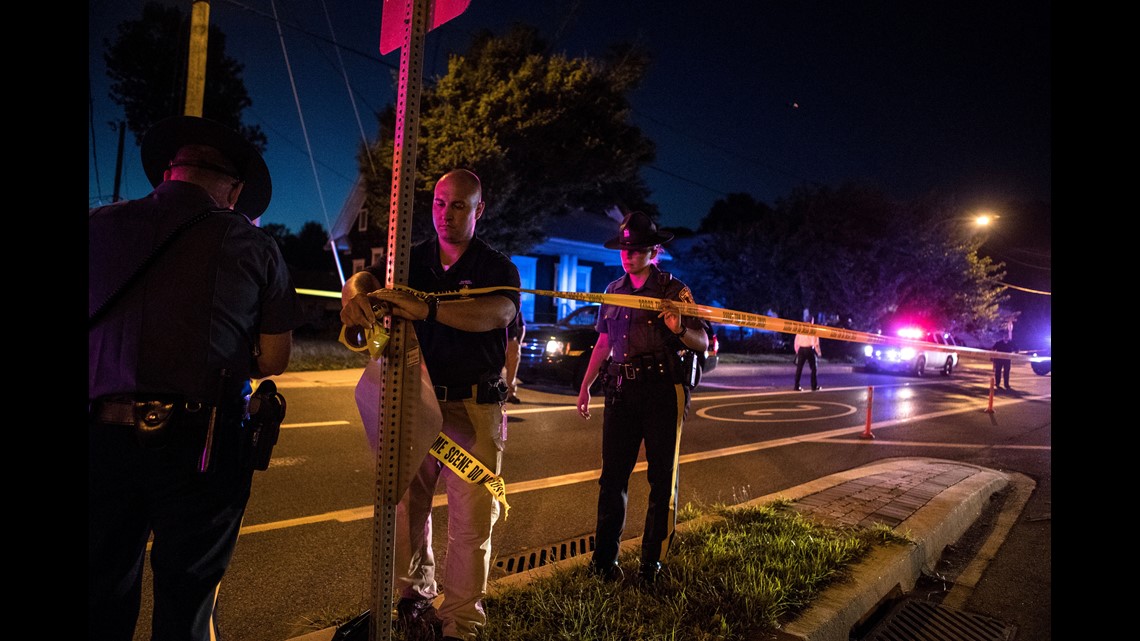 “She just seemed so patient. (Jacob) was a very, very sweet boy, but all kids with special needs are challenging,” Merrill said. “She just always seemed to do the right thing and I never saw her flinch.”

Her Facebook posts were also uplifting and self-assured, Merrill said.

“She was really taking such good care of herself. It seemed like she was doing so well,” Merrill said.

More: Other drivers identified in crash that killed father, 4 daughters as community mourns

In many ways, it did not surprise the women who knew her, saying she was impossible to forget — a woman who both Boyer and Peterson said made friends everywhere she went.

The kids stopped coming to the day care in December, Boyer said, and though she didn't know why specifically, she kept in touch with the family on social media and saw that the children stayed at home with their mother.

Sgt. Richard Bratz with the Delaware State Police speaks with the media during a death investigation at a home in Prices Corner Monday night.
Jerry Habraken, The News Journal

"I just want people to know how full of life they were," she said. "They were friends with everybody. When you talked to Julie, you felt like she knew you for years."

Neither Peterson nor Boyer knew much about Edwards’ husband, whom both women met through the day care.

Some of Matthew Edwards' neighbors said they knew, though none said they had a close relationship with him. Those neighbors said he’d lost a local job and had taken up work out of state more recently.

“Our kids played together. We’ve been over to barbecues,” said Brian Covenko, who lives across the street and said he last talked to Matthew Edwards around Memorial Day. “Every time he was here, he was playing with his kids. I don’t know what happened inside of doors, but I know he was outside with his kids a lot.”

Rivera said he was talking with his neighbor Sunday afternoon, but on Tuesday morning couldn’t remember his name. Their relationship was cordial, but not deep.

An inflatable swimming pool rest on top of play sets in the backyard of the home on the 2700 block of Ferris Road Tuesday in Prices Corner where two adults and three young children were found dead Monday night.
Jennifer Corbett, The News Journal

“They was outside playing. They would spend time outside. But I guess in the past month he started working in another state,” Rivera said. “He loved his kids.”

"I just patted him on his shoulder and told him to keep his head up and don't let something like that discourage him and to take care of his kids,” Rivera said.

When Kim Ternenyi last saw Julie, the mother gave her lettuce and green beans from her garden.

“We were talking about what pool I go to, and where she and her kids signed up to,” she said. “I just been crying all day.”

More: Mother of murdered children says she warned authorities about her ex-husband

Ternenyi, who lives right behind the Edwards, said she didn’t know how Julie kept up with all the energy she had to keep up with three children, especially while Matt was working down south. She said Julie was constantly going to Baltimore or Kennett Square with the kids.

“She just told me she couldn’t stay in one place,” Ternenyi said.

But nothing could prepare neighbors for the news that the family living across the street or around the corner was dead.

“I’m just shocked. There was no way to prepare for this,” Covenko said.

He and his wife remembered going trick or treating with the family. The Edwards' all dressed up as characters from Star Wars. One of the three children was R2-D2.

“We were close,” Covenko said. "I still don't believe it."

Peterson said she knew that Matthew Edwards had struggled in the past with jobs, but he was largely quiet and she had not seen the family in a few months since they stopped coming to the day care.

“It’s a complete shame,” Peterson said. “They were so young. It just blows my mind that it even happened to them.”