Did Michael Cohen lie to Congress? 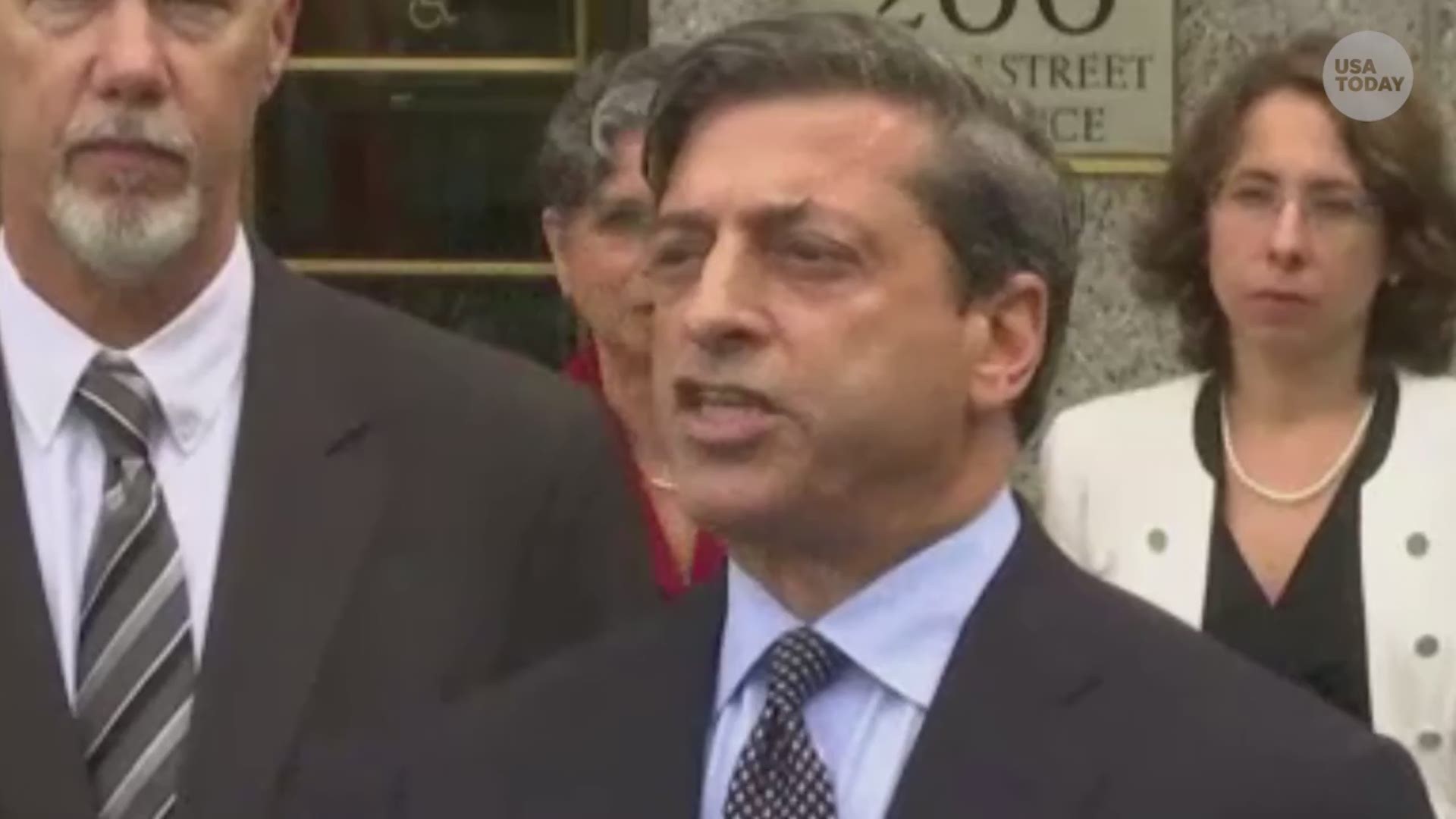 Credit: Robert Deutsch, USA TODAY
Michael Cohen leaves the U.S. Courthouse in New York after a scheduled hearing on May 30, 2018.

WASHINGTON – Michael Cohen once told lawmakers that he learned about the infamous 2016 Trump Tower meeting with a Russian lawyer only after he read about it in the press.

Senate Intelligence Committee leaders are questioning whether Cohen lied to the panel when he testified last fall that he had no advance knowledge of that meeting, which was meant to seek "dirt" on Hillary Clinton.

Cohen could face more legal jeopardy if he lied. Federal law makes it a crime to "knowingly and willfully" give false statements to Congress. The penalty is up to five years in prison.

More: Mueller investigation: Here's what the fates of Paul Manafort and Michael Cohen will mean for the Russia probe

Cohen testified last October as part of the panel's investigation into Russian interference in the 2016 presidential election. The senators said Cohen testified that he did not know anything about the Trump Tower meeting until he read about it in news accounts.

It is illegal for an American campaign to accept, or solicit, anything of value from foreign nationals. The law aims to prevent foreign influence in U.S. elections.

However, news reports in July said that Cohen had begun claiming that Trump knew and approved of the 2016 Trump Tower meeting before it happened. Cohen alleged he was in the room when Donald Trump Jr. informed Trump of the planned meeting with a Russian lawyer promising dirt on Clinton, according to news reports.

Intelligence Committee Chairman Richard Burr, R-N.C., and Vice Chairman Mark Warner, D-Va., said in a joint statement Tuesday that they may want to bring Cohen back to clarify his testimony.

"We hope that (Tuesday's) developments and Mr. Cohen’s plea agreement will not preclude his appearance before our Committee as needed for our ongoing investigation," Burr and Warner said. "We recently re-engaged with Mr. Cohen and his team following press reports that suggested he had advance knowledge of the June 2016 meeting between campaign officials and Russian lawyers at Trump Tower,"

Cohen's attorney, Lanny Davis, did not respond Wednesday to a request for comment about the Burr-Warner statement.

In a written statement prepared for the Intelligence Committee that he released publicly in September, Cohen said he was innocent of any collusion with the Russian government or Russian hackers in the 2016 presidential election. He did not mention any payoffs to women who alleged they had affairs with Trump.

Cohen told a federal court on Tuesday that he had paid off two women to silence them before the 2016 election at Trump’s "direction," and admitted that the payments were illegal.

Then, on Wednesday, the president attacked his former lawyer.

“If anyone is looking for a good lawyer, I would strongly suggest that you don’t retain the services of Michael Cohen!” Trump said during a morning tweetstorm.

Back in September, Cohen mentioned how honored he was to work for Trump.

"I'm very proud to have served Donald J. Trump for all these years, and I'll continue to support him," Cohen wrote.

1 / 6
Andrew Harnik, AP
In this Sept. 19, 2017 file photo, President Trump's personal attorney Michael Cohen appears in front of members of the media after a closed door meeting with the Senate Intelligence Committee on Capitol Hill, in Washington. Federal agents carrying court-authorized search warrants have seized documents from Cohen according to a statement from Cohen’s attorney, Stephen Ryan. He says that the search warrants were executed by the office of the U.S. Attorney for Southern District of New York but they are “in part” related to special counsel Robert Mueller’s investigation.