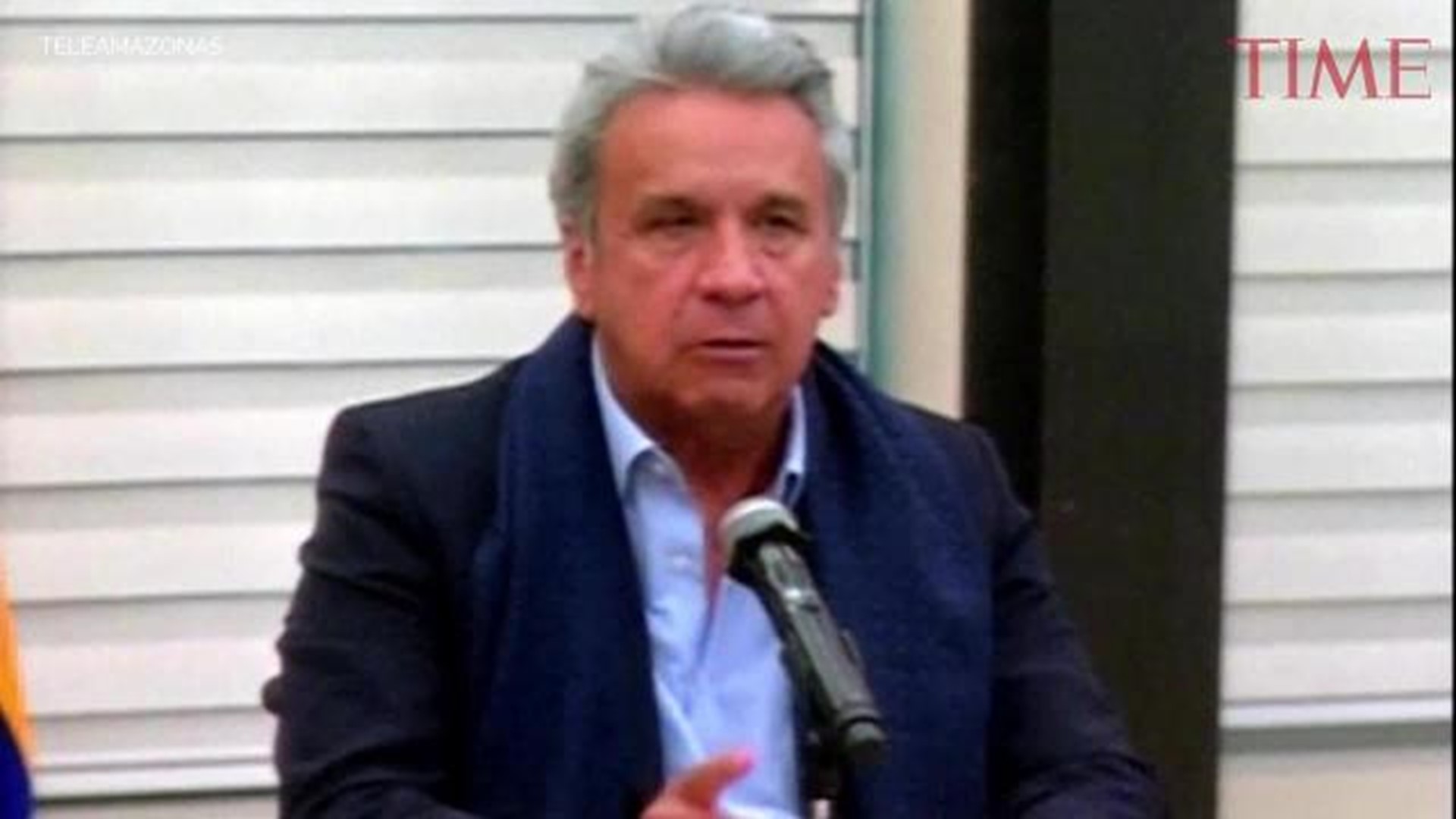 QUITO, Ecuador – Ecuador’s President Lenin Moreno said it was highly likely that three press workers kidnapped along the conflictive border with Colombia were killed and gave their drug-running captors 12 hours to demonstrate otherwise before launching a major military strike against them.

Moreno’s threat of military action late Thursday came hours after a Colombian TV network said it had received gruesome photos purporting to show the bodies of the three men.

While forensic experts are still studying the photos, Moreno said there was an “enormous possibility” they are authentic.

“We’re a country of peace,” an emotional and visibly distraught Moreno said in late-night, televised comments from an airport hangar in Quito. “We can’t allow the criminals to impose their rules. We’re going to fight them in the realm they have chosen and we are going to defeat them.”

As Moreno spoke, dozens of colleagues and friends of reporter Javier Ortega, photographer Paul Rivas and their driver Efrain Segarra held a candlelit vigil outside the presidential palace under the slogan “Three Are Missing” as they have almost every night since their disappearance.

The three employees of El Comercio newspaper were taken hostage three weeks ago by a holdout faction of the demobilized Revolutionary Armed Forces of Colombia while investigating a rise in drug-fueled violence along Ecuador’s northern border.

Moreno returned early from a regional summit in Peru to oversee a crisis that has shaken Ecuadoreans’ long held self-identity as a largely peaceful nation insulated from the drug-fueled violence raging across its border.

With him were family members of the three men. They had traveled to Lima to seek a meeting with Colombian President Juan Manuel Santos and generate attention to what they consider a slow, inadequate response by authorities in both countries.

Both the Ecuadorean and Colombian governments have tried to limit the fallout from the kidnapping, with military officials in both countries denying the men were being held inside their territory.

Earlier this week, authorities dismissed as fake a statement signed by the captors claiming the journalists were killed during a military raid coordinated by the two governments.

“We condemn the actions of the Colombian and Ecuadorean governments and their lack of seriousness in protecting the reporters’ lives,” Colombia’s Foundation for Press Freedom said in a statement Thursday.

Moreno seemed to acknowledge the criticisms when he said the time for restraint was over. If proof the press workers were still alive wasn’t forthcoming by 11 a.m. Friday, he said Ecuador’s military would conduct with their more battle-tested Colombian counterparts a “devastating” campaign to punish the kidnappers.

In a proof-of-life video released earlier this month, the three men identified their captors as members of the Oliver Sinisterra Front, a group of a few dozen combatants that authorities say is led by a former FARC rebel known by the alias Guacho. The group is believed responsible for recent deadly attacks in northern Ecuador against military targets.

Moreno announced last month that he was sending 12,000 soldiers and police to combat drug gangs and boost security along the border. That represents about 10 percent of the small nation’s police officers and troops.

Ecuador is a major transit zone for Colombian-produced cocaine, with small boats carrying the drugs from the South American nation’s Pacific shore to Central America and on to the United States.