Hamburger-making robot Flippy is back at Calif. chain

Hamburger-making robot Flippy is back 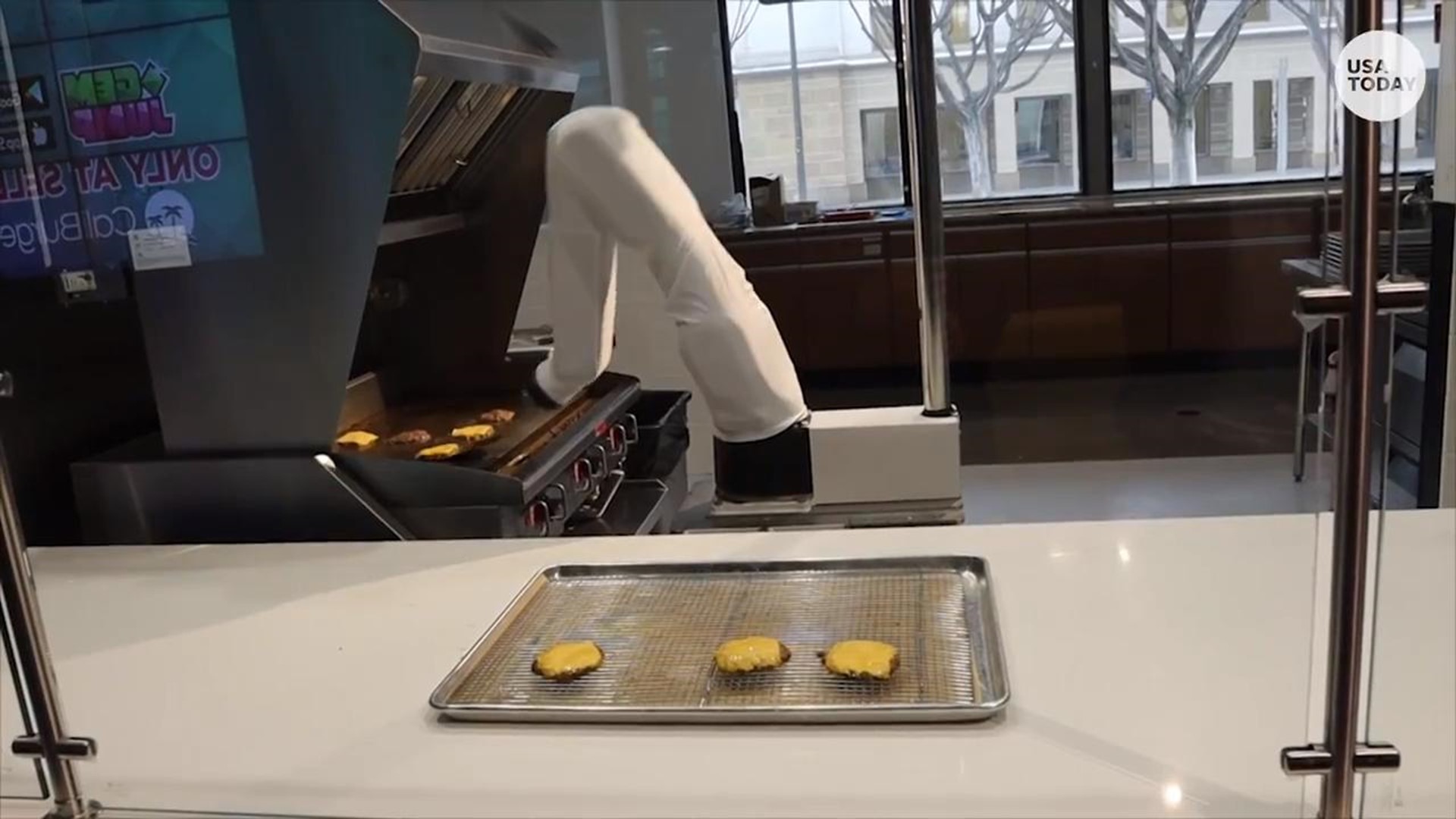 PASADENA, Calif. — Flippy is back.

After a rocky debut in March that lasted only one day, Flippy, the hamburger-flipping robot, is back in action at the Caliburger restaurant here in the heart of this Los Angeles suburb.

"Now he moves like a ninja and is more reliable," says David Zito, the CEO of Miso Robotics, which created Flippy.

Miso had convinced Caliburger that a $100,000 robot could take the place of short-order cooks, who often quit after just working a few weeks because it's so hot in the kitchen.

Credit: Jefferson Graham
David Zito, CEO of Miso Robotics, with Flippy the robot behind him at Caliburger in Pasadena.

With automated flipping of burgers, there was no break time, and customers could get their orders consistently, working side by side with humans who prepared the patties and assembled them after cooking into buns.

That was the pitch, and when Flippy landed, people were fascinated, with headlines about the burger-flipping robot making the national network TV news from here to as far as England.

Interest in the robot was so great, Flippy couldn't handle the demand, nor could it consistently put the burgers properly into the trays for the co-workers.

"We got a little ahead of ourselves," says Zito, and "were overwhelmed by the response."

Training was an issue. Caliburger and Miso hadn't taught enough staffers how to work with Flippy. Additionally, Flippy was having trouble with how it placed the finished burgers on the tray; it would miss the target. "Now he sees better," says Zito.

Flippy began operating quietly at the beginning of May and has served every lunch since, seven days a week, for three hours a day.

When USA TODAY visited the other day, the lines were shorter than they were back after Flippy's initial launch, but the interest level was still high. Flippy was an attraction that brought customers into the store: Patrons lined up to take photos of the robot, who has its own "Flippy's Kitchen" stage where people get to watch the bot in action.

"We've been trained since childhood that robotics were coming in the future," notes Louise Perrin, an accountant who works nearby. "To be a part of it, to see it and watch it happen live in front of you ... is absolutely incredible."

If the robots such as Flippy become more widespread, they risk cutting into one of the fastest-growing job sectors. From 2007 to 2017, restaurant jobs that focus on fast food rose 40% to 4.9 million, according to the Bureau of Labor Statistics, or more rapid than health care, construction or manufacturing.

Sharon Pinson lived in Pasadena for many years and was preparing to move to Florida. But before the moving vans pulled away, "I had to come in and see Flippy," she says. "I'd heard the buzz. The concept of a robot flipping your burger is awesome."

Her verdict? Thumbs up on the burger and the performance. "It's way better than any other person, he cleans the grill, cleans the spatula, and it's fun."

Note to foodies on National Burger Day: The robot made burgers at Caliburger can't be personalized. They are cooked to order, with specifications as added cheese and onions. But if, for instance, you want a patty cooked medium or rare or less salty, you'll need to shop elsewhere.

Zito notes that no one at Flippy Caliburgerlost their job to make room for Flippy. The robot can't work without humans, he adds. Caliburger is still on track to launch 50 more Flippy robots at its chain by 2019, he says.