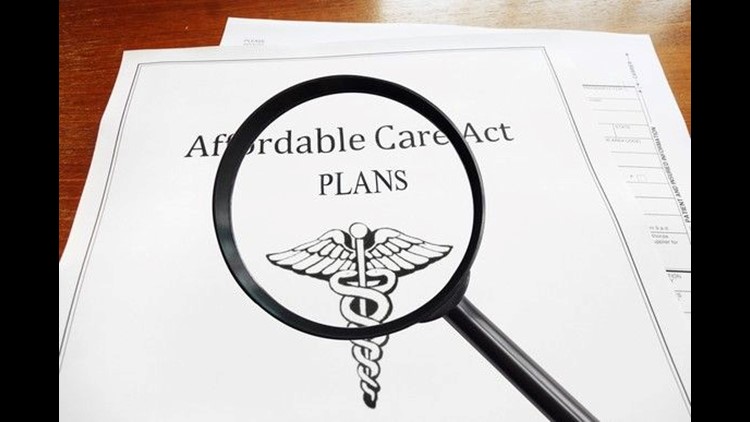 In a case sending shock waves through midterm election campaigns, Republican attorneys general across the country might be poised to make good on that promise.

The case, Texas v. United States, reveals how high the stakes are for health care in this year’s attorney general races – elections that rarely receive much attention but have the power to reverberate through the lives of Americans.

“It just shows that nothing is safe,” said California Attorney General Xavier Becerra, who leads 16 states and the District of Columbia in defending Obamacare.

This will be the first major election since Republicans voted to abandon a deal they brokered with Democrats roughly two decades ago not to challenge each other’s incumbents in attorney general races. That gentlemen’s agreement acknowledged the need for attorneys general from both parties to collaborate on investigations and lawsuits.

More: Trump administration no longer will defend the Affordable Care Act in court

But some of the partisan forces that embittered Capitol Hill spread to these contests. While Republicans control the executive and legislative branches – and are close to staking their claim on the Supreme Court – Democratic attorneys general see themselves as a check on the Trump administration. (Similarly, their Republican counterparts frequently took the Obama administration to court.)

“Two people have a fight, and then it spills out into the street, and 20 people join in,” he said. “Everybody gets off the bench and joins the fight.”

Democratic attorneys general challenged the Trump administration on its threats against so-called sanctuary cities that shelter undocumented immigrants and its policy of separating families caught trying to illegally cross the border. A banner on the website of the Democratic Attorneys General Association captures their mindset: “This office has never been more important.”

Former Vice President Joe Biden endorsed six attorney general candidates, including in Ohio and Wisconsin, and the association plans to raise a record-breaking $15 million for November’s elections, said Lizzie Ulmer, a spokeswoman for the group.

People celebrate in front of the U.S. Supreme Court after ruling was announced on the Affordable Care Act, June 25, 2015 in Washington, DC.
Mark Wilson, Getty Images

Of this year’s 30 contested attorney general races, 18 posts are held by Republicans and 12 are held by Democrats. (An additional five are in play this year, but those posts are appointed by the governor or state lawmakers.)

But Democratic attorneys general see themselves as a firewall against an administration and their Republican counterparts focused on overturning many of the Obama-era policies they favor. In that arena, for both sides, every lawyer counts.

That is especially the case with health care, where fights over issues such as access to abortion have multiplied since President Donald Trump took office, and others are liable to end up in the courts at any time.

This month, a federal judge heard arguments in Texas v. United States on the constitutionality of the individual mandate, the requirement in the Affordable Care Act that all Americans obtain health insurance or pay a penalty.

The plaintiffs – a Texas-led coalition of 20 states and two individuals – cited a law passed late last year that eliminated the penalty and argued the individual mandate is unconstitutional. By extension, they said, so is the rest of the health care law.

They asked for a preliminary injunction that could halt Obamacare – including popular provisions such as protections for people with pre-existing conditions – in its tracks.

Ken Paxton, the attorney general of Texas, defended his decision to challenge protections that have broad support, including among Republicans, saying he has a duty to fight laws that harm Texans and defy the Constitution.

“The least compassionate thing we could do for those with pre-existing health problems is to take away their access to high-quality care from doctors of their own choosing and place them entirely at the mercy of the federal government,” Matt Welch, Paxton’s campaign spokesman, said in a statement.

The possibility that insurers would no longer be required to cover those with pre-existing conditions has proved explosive, offering Democrats a powerful rallying cry beyond attorney general races. In Missouri and West Virginia, states that Trump won in 2016 but are represented by Democratic senators, the issue has followed the Republican attorneys general – Missouri’s Josh Hawley and West Virginia’s Patrick Morrisey – as they run for Senate.

“We’re wasting millions and millions of dollars of taxpayer money trying to take away pre-existing condition protections not just for all Texans but all Americans,” said Justin Nelson, Paxton’s Democratic challenger. If he wins his long-shot bid, he said, he will withdraw Texas from the case.

Even if Paxton were to defy expectations and lose, Texas’ legal and financial backing for the case could easily be picked up by another state.

Wisconsin Attorney General Brad Schimel has taken a leading role in Texas v. United States and in a challenge in 2016 to an Obama administration rule banning discrimination in health care based on gender identity, among other cases.

The Republican has drawn a formidable Democratic challenger. Former Assistant U.S. Attorney Josh Kaul, who prosecuted federal drug crimes, has promised to focus on the state’s backlog of untested rape kits and take a more aggressive approach to the opioid epidemic.

“We’re not going to beat that without ensuring our efforts are targeting large-scale drug traffickers,” he said.

Kaiser Health News (KHN) is a nonprofit news service covering health issues. It is an editorially independent program of the Kaiser Family Foundation that is not affiliated with Kaiser Permanente.