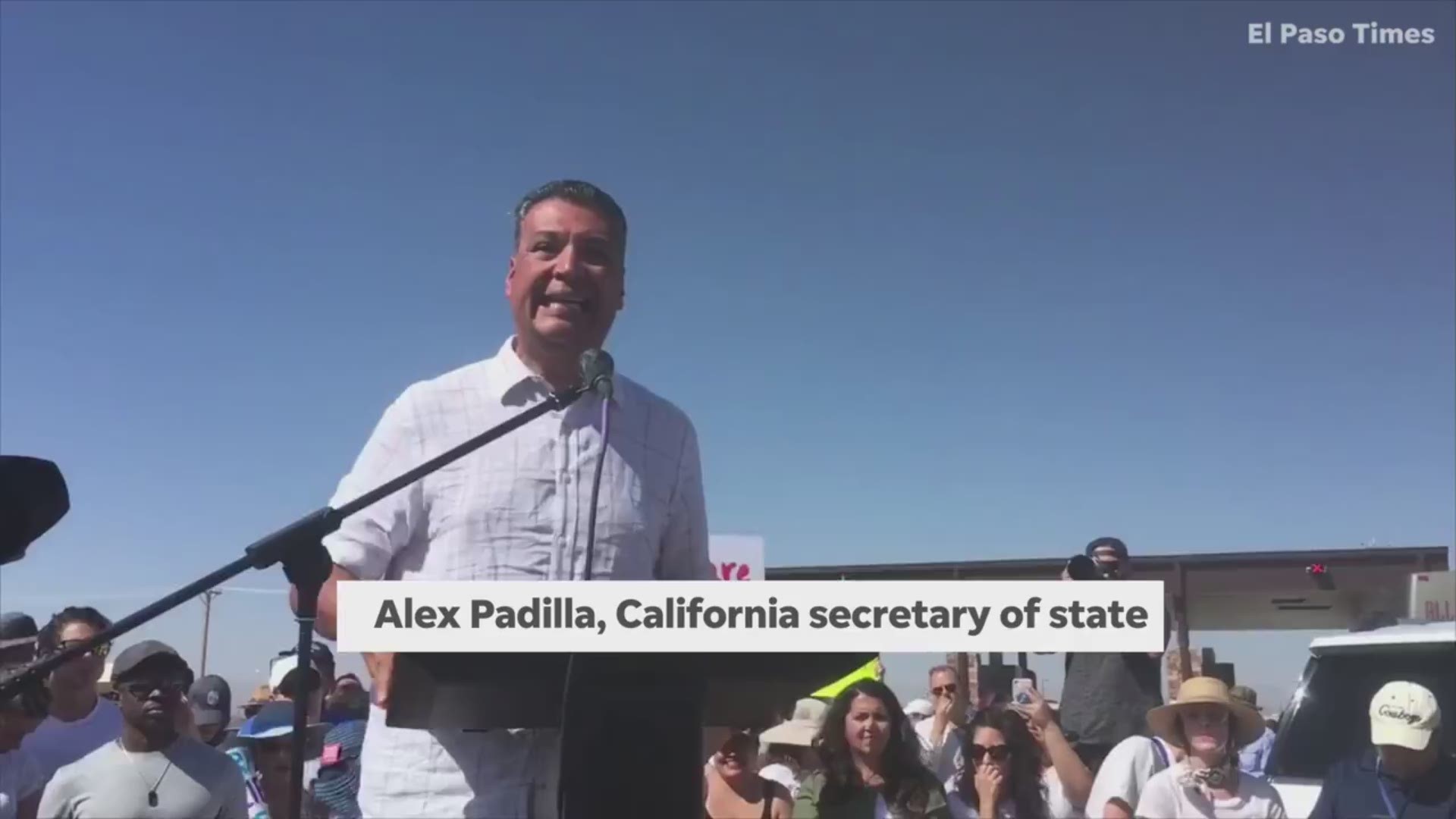 AUSTIN — Texas officials have opened an investigation into the death of a toddler who reportedly died after being released from an immigrant detention center in South Texas.

The child's death was publicized earlier this month by the American Immigration Lawyers Association but details, including the child's name and cause of death, were not made public.

Credit: Rachel Denny Clow/Caller-Times
Henry "Hank" Whitman Jr., Texas Department of Family and Protective Services Commissioner, worked with the Texas A&M University System to develop a Supervised Independent Living program for foster children aging out of the foster system to provide them with a better opportunity to succeed in college. The program is being launched at Texas A&M universities in Corpus Christi and Kingsville. A memorandum of understanding was signed Thursday, June 21, 2018.

Lawyers representing the toddler's family contacted state officials on Thursday to share information about the child, hours after a top state official publicly called for the details to be shared.

"I need to know the name of that child so we can investigate thoroughly," said Hank Whitman, commissioner of the Department of Family and Protective Services, during a legislative hearing at the state Capitol.

Whitman said the department had made repeated efforts to contact the family's lawyers and learn information about the child in order to investigate.

"Arnold & Porter has recently been retained by the mother of a small child who tragically died after being detained by ICE in unsanitary conditions at the South Texas Family Residential Center in Dilley," Baumann told the USA TODAY Network. “We currently are assessing the case and have no further comments at this time.”

The Department of Family and Protective Services is responsible for investigating allegations of abuse and neglect against a child, which includes immigrant children being housed at dozens of residential facilities across the state.

1 / 8
Courtesy of the Administration for Children and Families at HHS.
An image of the shelter being used to house unaccompanied minors in Tornillo, Texas.

More: While 'eligible' migrant minors are reunited with parents, more than 700 remain separated

The facilities have come under intense scrutiny in recent months, due to the influx of migrant children being taken into government custody after being separated from their parents at the U.S.-Mexico border.

In addition to the latest investigation into the toddler's death, the department has conducted 51 investigations between December and July into allegations of abuse and neglect at facilities that contract with the federal government to house immigrant minors.

Nine investigations are still pending and the others were determined unfounded, according to Whitman.

When reports of the toddler's death first surfaced, federal officials denied the claim and said that no child had died in their custody. They also said they were unable to investigate the claim further without the child's name or other personal information.

“Without a name or more specific information, we are unable to research this allegation,” ICE spokeswoman Danielle Bennett said in a statement to the Washington Post earlier this month. “That doesn’t make the allegation true, just impossible to refute.”

State Rep. Carol Alvarado, D-Houston, asked the House Human Services Committee to hold a public hearing to discuss the state's ongoing involvement in housing immigrant children in light of the toddler's death and abuse allegations that have surfaced in shelters in other parts of the state.

During Thursday's hearing, Alvarado asked state officials to stop issuing licenses for companies to operate residential shelters until an investigation into the toddler's death is completed. There are currently four pending applications to establish such shelters, including in Houston, Los Fresnos and San Benito County.

Victoria Ford, the interim chief operating officer at the Texas Health and Human Services Commission, said the state is required by law to issue licenses to entities who file the appropriate paperwork and meet all of the requirements for operating a shelter.

Madlin Mekelburg is a reporter with the USA Today Network Austin Bureau; she may be reached at 512-479-6606; mmekelburg@elpasotimes.com; @madlinbmek on Twitter.