Authorities are looking for clues, including on social media, as to what caused the 19-year-old to open fire at a famed garlic festival in California. 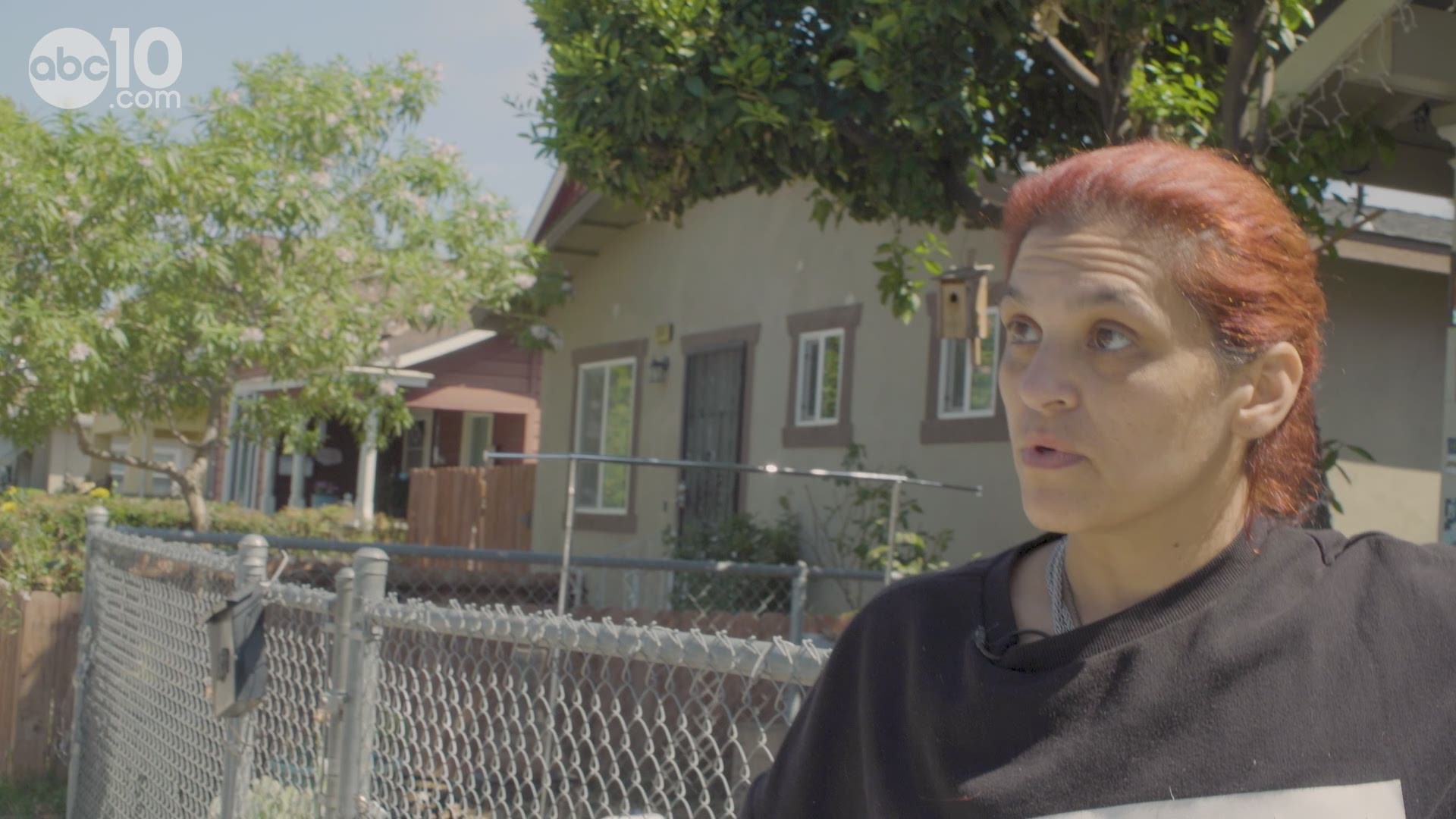 GILROY, Calif. — Before a 19-year-old gunman opened fire on a famed garlic festival in his California hometown, he urged his Instagram followers to read a 19th century book popular with white supremacists on extremist websites, but his motives for killing two children and another young man were still a mystery Monday.

Santino William Legan posted the caption about the book "Might is Right," which claims race determines behavior. It appeared with a photo of Smokey the Bear in front of a "fire danger" sign and also complained about overcrowding towns and paving open space to make room for "hordes" of Latinos and Silicon Valley whites.

In his last Instagram post Sunday, Legan sent a photo from the Gilroy Garlic Festival. Minutes later, he shot into the crowd with an AK-47 style weapon, killing a 6-year-old boy, a 13-year-old girl and a man in his mid-20s.

Under it, he wrote: "Ayyy garlic festival time" and "Come get wasted on overpriced" items. Legan's since-deleted Instagram account says he is Italian and Iranian.

The postings are among the first details that have emerged about Legan since authorities say he appeared to fire at random, sending people running and diving under tables. Police patrolling the event responded within a minute and killed Legan as he turned the weapon on them.

He legally purchased the semi-automatic assault rifle this month in Nevada, where his last address is listed. He would have been barred from buying it in California, which restricts firearms purchases to people over 21. In Nevada, the age limit is 18.

Legan grew up less than a mile from the park where the city known as the "Garlic Capital of the World" has held its three-day festival for four decades, attracting more than 100,000 people with music, food booths and cooking classes.

Authorities were looking for clues, including on social media, as to what caused the son of a prominent local family to go on a rampage. His father was a competitive runner and coach, a brother was an accomplished young boxer and his grandfather had been a supervisor in Santa Clara County. 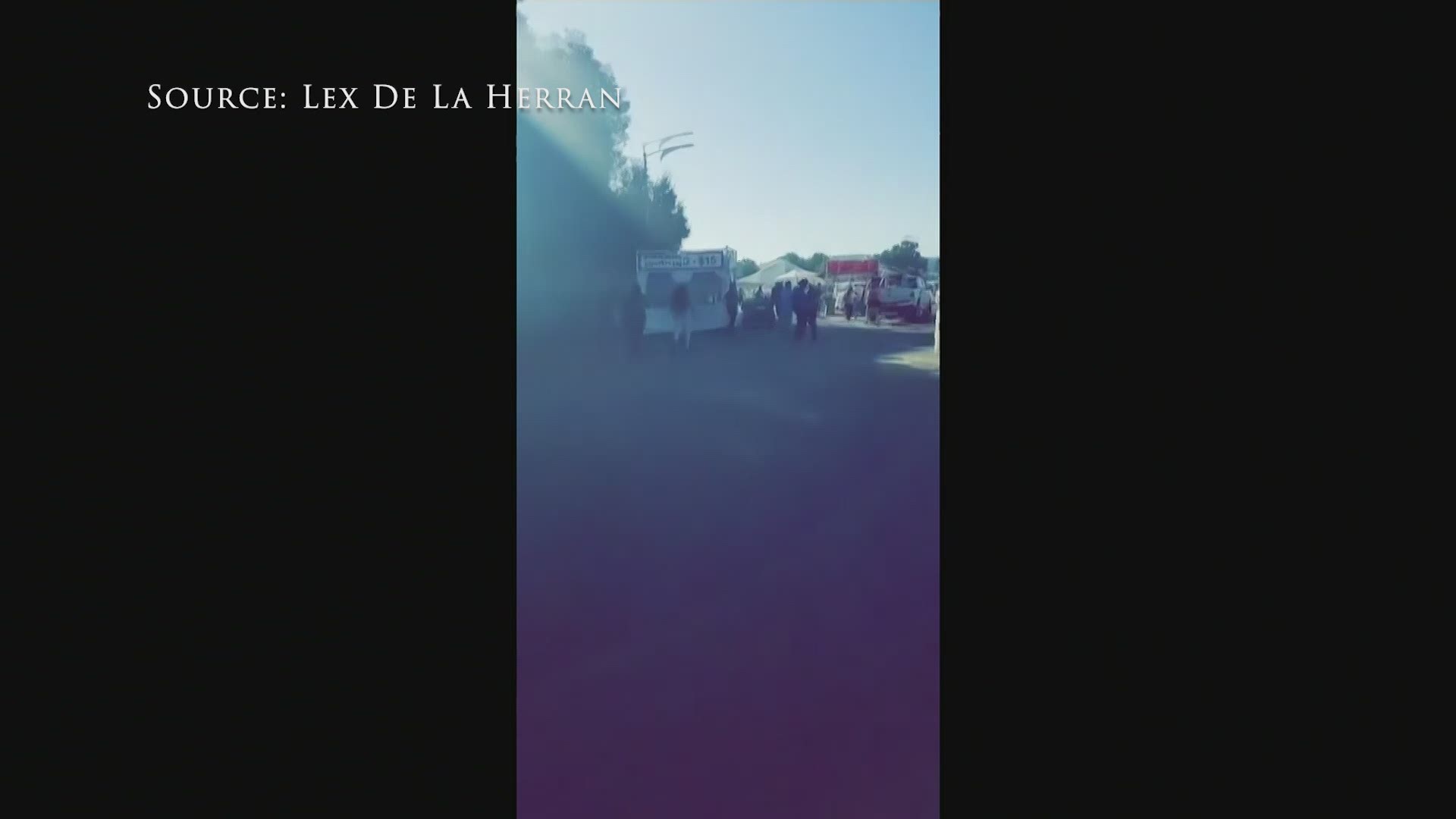 Police said they don't know if people were targeted, but at this point, but it appears he shot indiscriminately. Twelve people were injured.

Big Mikes Gun and Ammo, which appears to be a home-based internet gun shop in Fallon, Nevada, said on its Facebook page that Legan ordered the rifle off its website and "was acting happy and showed no reasons for concern" when the store owner met him. The post said it was "heartbroken this could ever happen."

In California, police had training in how to respond to an active shooter. While they prepared for the worst, they never expected to use those skills in Gilroy, a city of about 50,000 about 80 miles (176 kilometers) southeast of San Francisco known for the pungent smell of its prize flowering crop grown in the surrounding fields — garlic.

The city had security in place for one of the largest food fairs in the U.S. It required people to pass through metal detectors and have their bags searched. Police, paramedics and firefighters were stationed throughout the festival.

But Legan didn't go through the front entrance. He cut through a fence bordering a parking lot next to a creek, Gilroy Police Chief Scot Smithee said. Some witnesses reported a second suspect, and authorities were trying to determine if he had any help.

Police arrested a 20-year-old man who claimed involvement online, but investigators determined he was just trying to get attention. 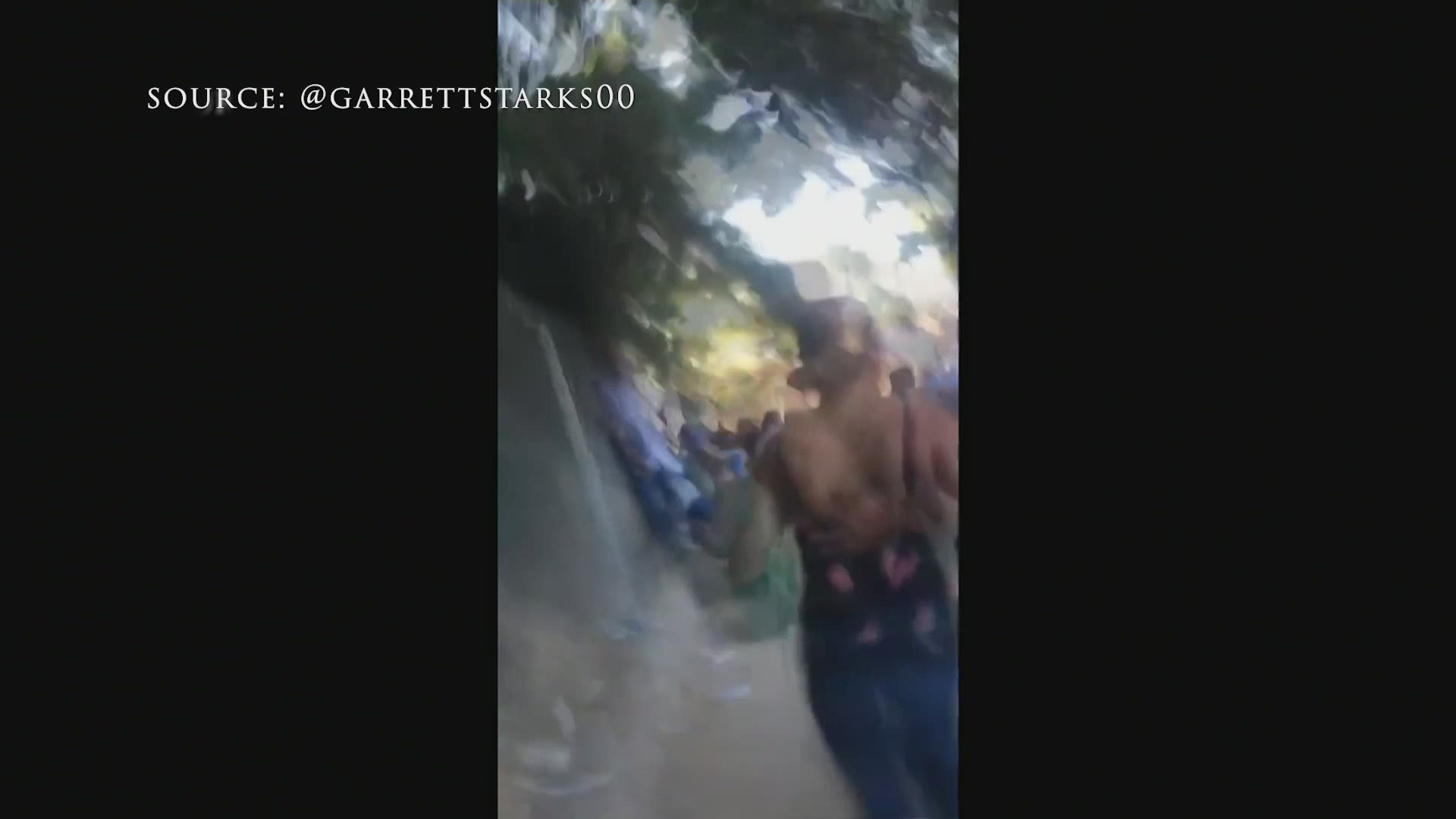 The police chief praised officers for stopping Legan with handguns without injuring anyone else.

"It could've gotten so much worse, so fast," Smithee said.

The gunfire sent people in sunhats and flip-flops running away screaming. Some dove for cover under the decorated food booth tables. Others crawled under a concert stage, where a band had started playing its last song.

The youngest victim, Stephen Romero, described by his grandmother as a kind, happy and playful kid, had just celebrated his sixth birthday in June at Legoland in Southern California.

"My son had his whole life to live and he was only 6," his father, Alberto Romero, told San Francisco Bay Area news station KNTV after the shooting.

Also killed was 13-year-old Keyla Salazar from San Jose, seen dressed in pink, wearing a tiara of flowers and smiling as she poses with relatives in photos posted on her aunt's Facebook page. 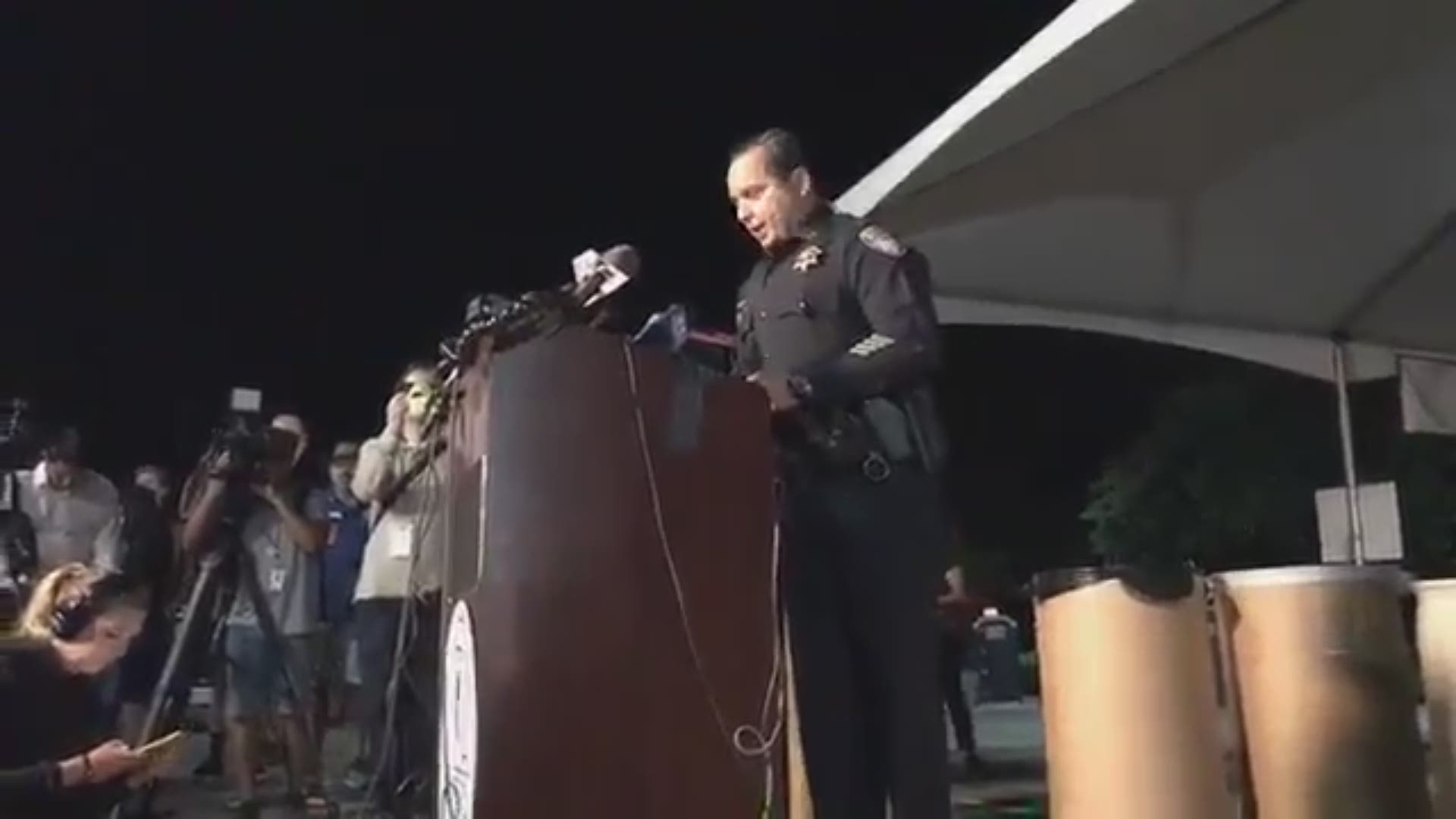 "I have no words to describe this pain I'm feeling," Katiuska Pimentel Vargas wrote.

The oldest victim killed was Trevor Irby, 27, a biology major who graduated in 2017 from Keuka College in upstate New York.

The wounded were taken to multiple hospitals, and their conditions ranged from fair to critical, with some undergoing surgery.

Troy Towner said his sister, Wendy Towner, was at the festival for her business, the Honey Ladies, when she saw a man with a gun climb over the fence. She yelled at him: "No, you can't do that!"

The gunman shot her in the leg and her husband three times, while a young girl dragged their 3-year-old son under a table, Towner wrote on a fundraising page he set up for his sister.

Legan then approached the couple as they lay motionless on the ground and asked if they were all right. They didn't move, fearing he would finish them off, Towner wrote.

Towner said his sister underwent surgery and was expected to have long-term nerve damage, while her husband faces many surgeries.

Candice Marquez, who works for Wendy Towner and her husband, Francisco, told The Associated Press that she had stepped away to go to the bathroom and saw the gunman heading to their tent. She said her 10-year-old niece helped the toddler to safety.

"She was brave," Marquez said.

Jan Dickson, a neighbor who lives across the street from the Legan family, described them as "a nice, normal family." She said Santino Legan had not lived there for at least a year.

"How do you cope with this? They have to deal with the fact that their son did this terrible thing and that he died," Dickson said.