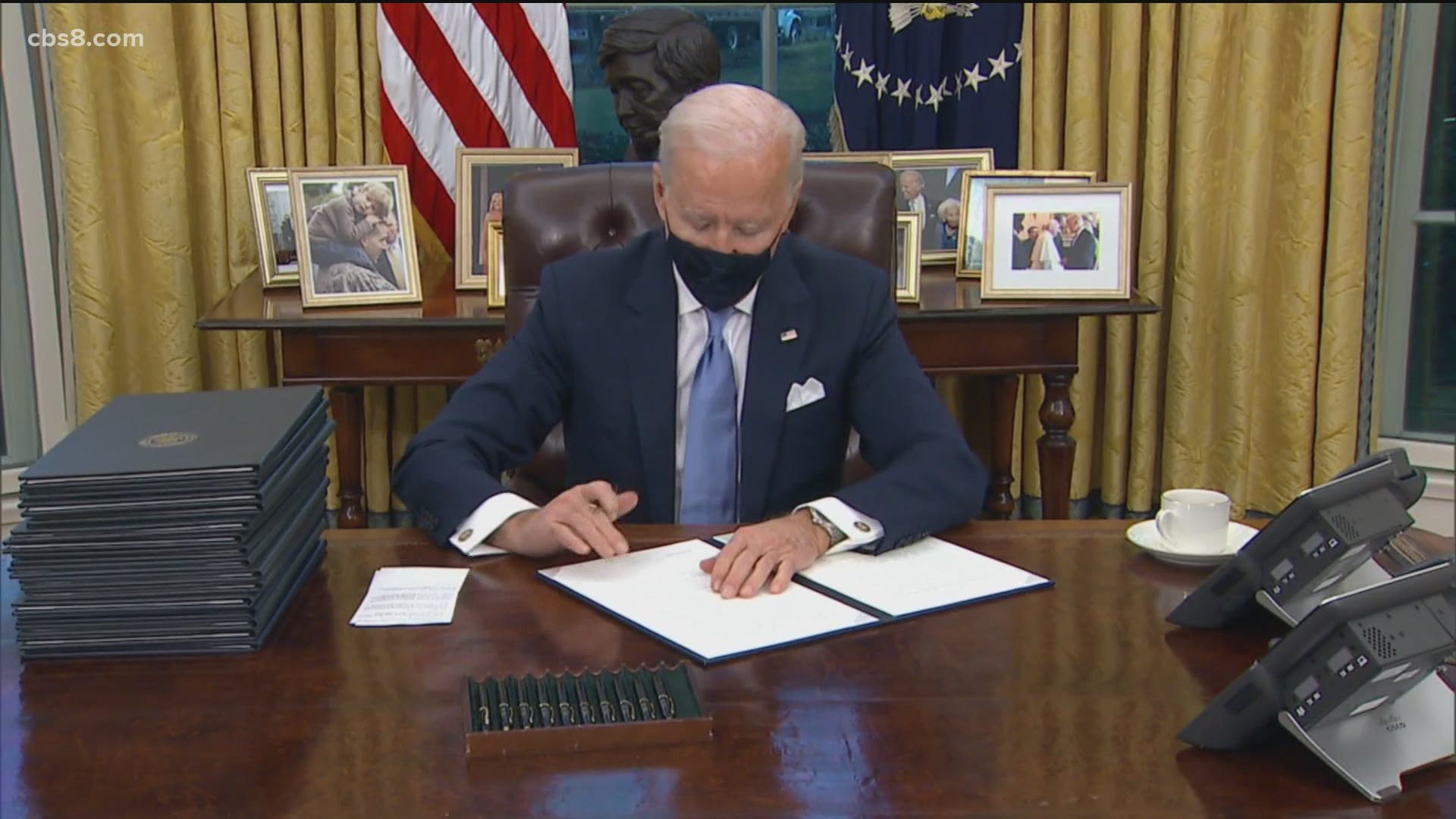 WASHINGTON — In his first big appearance on the global stage, President Joe Biden called on fellow world leaders to show together that “democracies can still deliver" as he underscored his administration's determination to quickly turn the page on Donald Trump’s “America First” approach.

Biden, in a virtual address Friday to the annual Munich Security Conference, said it was a critical time for the world's democracies to “prove that our model isn’t a relic of our history.”

“We are in the midst of a fundamental debate about the future direction of our world," Biden said in the address just after taking part in his first meeting as president with fellow Group of Seven world leaders. That debate is "between those who argue that – given all of the challenges we face, from the fourth industrial revolution to a global pandemic – autocracy is the best way forward and those who understand that democracy is essential to meeting those challenges.”

RELATED: Biden hopeful US can be in 'very different circumstance' with COVID by Christmas

He said that the U.S. stands ready to rejoin talks about reentering the 2015 multilateral Iran nuclear deal abandoned by the Trump administration. The Biden administration announced Thursday its desire to reengage Iran, and it took action at the United Nations aimed at restoring policy to what it was before President Donald Trump withdrew from the deal in 2018.

Biden also spoke out about the economic and national security challenges posed by Russia and China, as well as the two-decade war in Afghanistan, where he faces a May 1 deadline to remove the remaining 2,500 U.S. troops under a Trump administration negotiated peace agreement with the Taliban.

As he underlined challenges facing the U.S. and its allies, Biden tried to make clear that he's determined to repair a U.S.-Europe relationship that was strained under Trump, who repeatedly questioned the value of historic alliances.

‘I know the past few years have strained and tested the transatlantic relationship," Biden said. “The United States is determined to reengage with Europe, to consult with you, to earn back our position of trust and leadership.”

His message was girded by an underlying argument that democracies -- not autocracies -- are models of governance that can best meet the challenges of the moment, according to a senior administration official who previewed the president’s speech for reporters.

At the G-7, administration officials said, Biden focused on what lies ahead for the international community as it tries to extinguish the public health and economic crises created by the coronavirus pandemic. He said the U.S. will soon begin releasing $4 billion for an international effort to bolster the purchase and distribution of coronavirus vaccine to poor nations, a program that Trump refused to support.

Both the G-7 and the annual security conference were held virtually because of the pandemic.

Biden’s turn on the world stage came as the U.S. on Friday officially rejoined the Paris climate agreement, the largest international effort to curb global warming. Trump announced in June 2017 that he was pulling the U.S. out of the landmark accord, arguing that it would undermine the American economy.

Biden announced the U.S. intention of rejoining the accord on the first day of his presidency, but he had to wait 30 days for the move to go into effect. He has said that he will bake considerations about climate change into every major domestic and foreign policy decision his administration faces.

"This is a global existential crisis," Biden said.

His first foray into international summitry will inevitably be perceived by some as simply an attempted course correction from Trump’s agenda. The new president, however, has made clear that his domestic and foreign policy agenda won’t be merely an erasure of the Trump years.

“I’m tired of talking about Donald Trump,” Biden lamented earlier this week at a CNN town hall in Milwaukee.

Biden on the campaign trail vowed to reassert U.S. leadership in the international community, a role that Trump often shied away from while complaining that the U.S. was too frequently taken advantage of by freeloading allies.

To that end, Biden encouraged G-7 partners to make good on their pledges to COVAX, an initiative by the World Health Organization to improve access to vaccines, even as he reopens the U.S. spigot.

Trump had withdrawn the U.S. from WHO and refused to join more than 190 countries in the COVAX program. The Republican former president accused WHO of covering up China’s missteps in handling the virus at the start of the public health crisis that unraveled a strong U.S. economy.

It remains to be seen how G-7 allies will take Biden’s calls for greater international cooperation on vaccine distribution given that the U.S. refused to take part in the initiative under Trump and that there are growing calls for the Democrat's administration to distribute some U.S.-manufactured vaccine supplies overseas.

French President Emmanuel Macron has called on the U.S. and European nations to allocate up to 5% of current vaccine supplies to developing countries — the kind of vaccine diplomacy that China and Russia have begun deploying.

And earlier this week, U.N. Secretary-General Antonio Guterres sharply criticized the “wildly uneven and unfair” distribution of COVID-19 vaccines, noting 10 countries have administered 75% of all vaccinations.

Biden, who announced last week that the U.S. will have enough supply of the vaccine by the end of July to inoculate 300 million people, remains focused for now on making sure every American is vaccinated, administration officials say.

Allies will also were listening closely to hear what Biden had to say about a looming crisis with Iran.

Iran informed the International Atomic Energy Agency this week that it would suspend voluntary implementation next week of a provision in the 2015 deal that allowed U.N. nuclear monitors to conduct inspections of undeclared sites in Iran at short notice unless the U.S. rolled back sanctions by Feb. 23.

“We must now make sure that a problem doesn’t arise of who takes the first step,” German chancellor Angela Merkel told reporters in Berlin after a videoconference of G-7 leaders. “If everyone is convinced that we should give this agreement a chance again, then ways should be found to get this agreement moving again.”