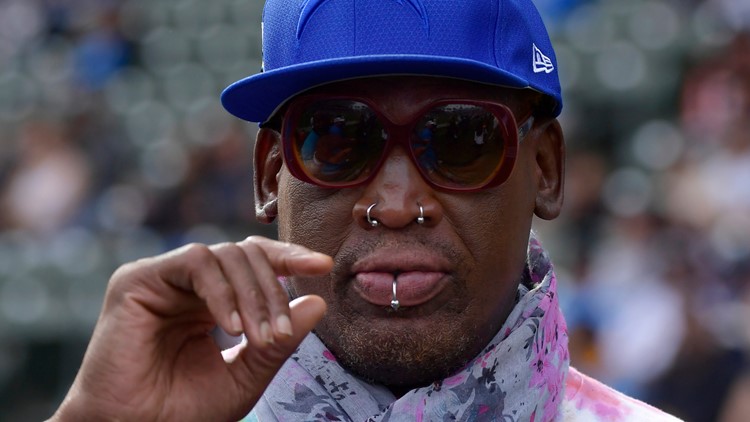 The owner of a Southern California yoga studio is accusing Dennis Rodman of helping three people steal more than $3,500 in merchandise from his business.

Ali Shah says security cameras captured the former NBA star walking into Vibes Hot Yoga in Newport Beach on Tuesday with his alleged accomplices. Shah said the four worked together to distract an employee so they could steal clothes and a 400-pound (181-kilogram) amethyst crystal from the front desk.

Shah said Rodman returned Wednesday and tried to distract a different employee while a female companion grabbed clothes that were on display.

Police told the Los Angeles Times they were investigating the matter and no one has been arrested.

Rodman told TMZ that the studio's owner offered him the clothes as gifts in exchange for moving the crystal.