Facebook in March confirmed a report by Buzzfeed News that it was “exploring a parent-controlled experience” on Instagram for children under 13. 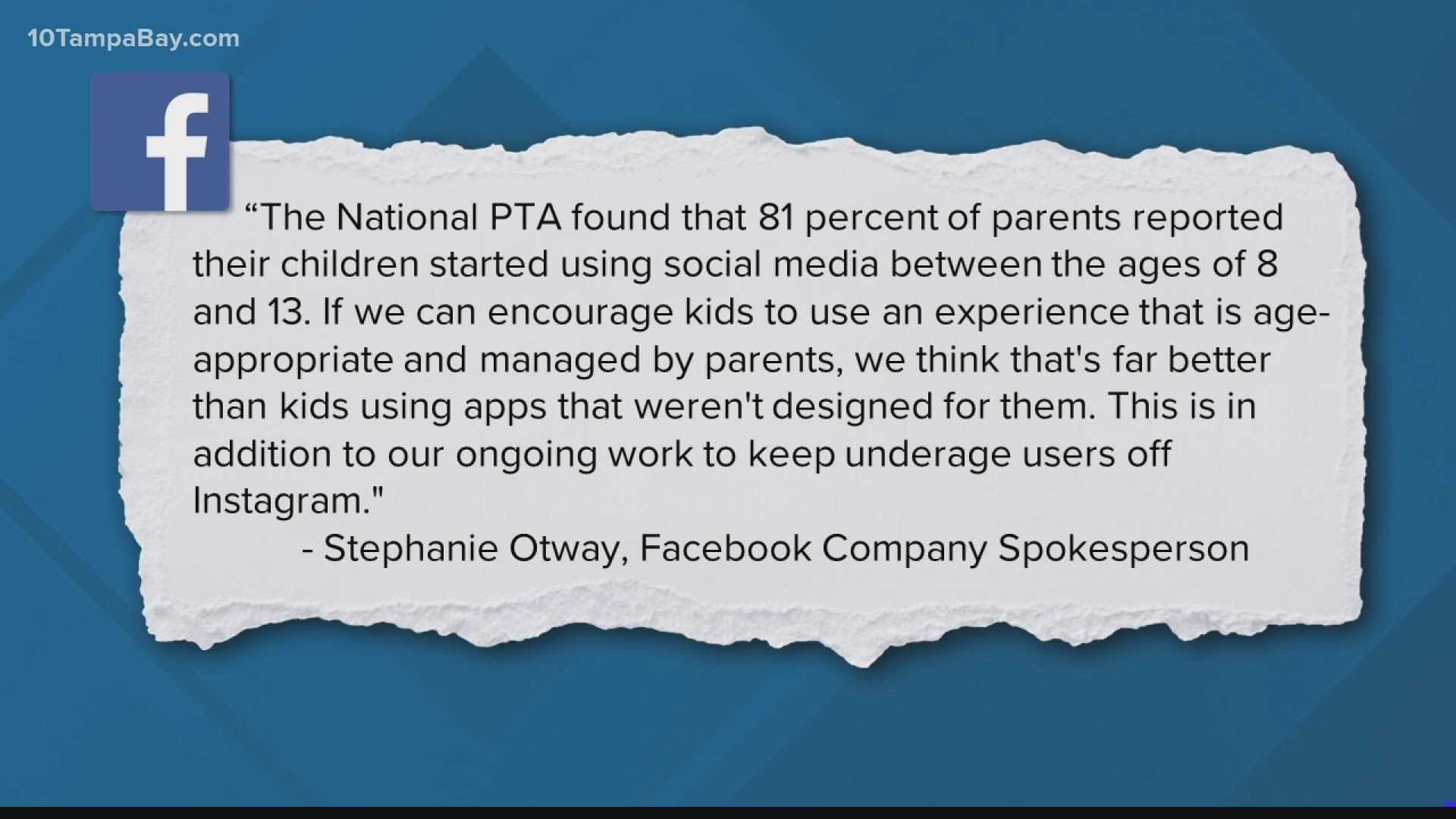 WASHINGTON — A bipartisan group of 44 attorneys general released a letter Monday imploring Facebook Chief Executive Officer Mark Zuckerberg to ditch any plans to create a version of Instagram for kids.

The project, which has been reportedly referred to internally as "Instagram Youth," has not yet been given a clear timeline for completion. Children under 13 are technically not allowed to use the Instagram app in its current form due to federal privacy regulations. But Facebook in March confirmed a report by Buzzfeed News, saying it is “exploring a parent-controlled experience” on Instagram.

The group of attorneys general represent an overwhelming majority of U.S. states and blasted Facebook in a letter, writing that the company has "historically failed to protect the welfare of children."

The state attorneys general, in defining their role in part as that of protector of what they call "our youngest citizens," wrote that Facebook's plans to create a version of Instagram meant for kids under the age of 13 to share photos and content online, "is contrary to that interest."

"Young children are not equipped to handle the range of challenges that come with having an Instagram account. Children do not have a developed understanding of privacy," said the letter, signed by the attorneys general of 40 states, the District of Columbia and three U.S. territories. "They may not fully appreciate what content is appropriate for them to share with others, the permanency of content they post on an online platform, and who has access to what they share online."

Facebook in a statement Monday said it is simply “exploring" Instagram for kids and would make every effort to protect children and would not show advertising on such a platform.

“We agree that any experience we develop must prioritize their safety and privacy, and we will consult with experts in child development, child safety and mental health, and privacy advocates to inform it," the company said. “We also look forward to working with legislators and regulators, including the nation’s attorneys general.”

In their letter, the state attorneys general warned of the "alarming rate of cyberbullying," pointing to a 2017 survey which found that at least 42% of young Instagram users had been the victim of cyberbullying. It is said to be the highest percentage of that behavior experienced on any platform that has been measured. The survey found that technology platforms lead cyberbullies to say and do things that are more cruel than would have been done by traditional schoolyard bullies.

In a March blog released on Instagram's website, the company provided a quote from Dr. Dave Anderson, a Clinical Psychologist with the Child Mind Institute which said in part, "Instagram can provide young people the opportunity to strengthen connections, practice social skills and find supportive communities. It’s important that teens and parents are equipped with information on how to manage their time on the platform so that it's thoughtful, safe and intentional."

In Monday's letter, the bipartisan group of 44 attorneys general wrote, "It appears that Facebook is not responding to a need, but instead creating one, as this platform appeals primarily to children who otherwise do not or would not have an Instagram account. In short, an Instagram platform for young children is harmful for myriad reasons."

Last month, as The Hill reported, a group of about 100 advocacy organizations sent a letter of their own to Facebook urging the company to move forward with the plan to create an Instagram for kids app.