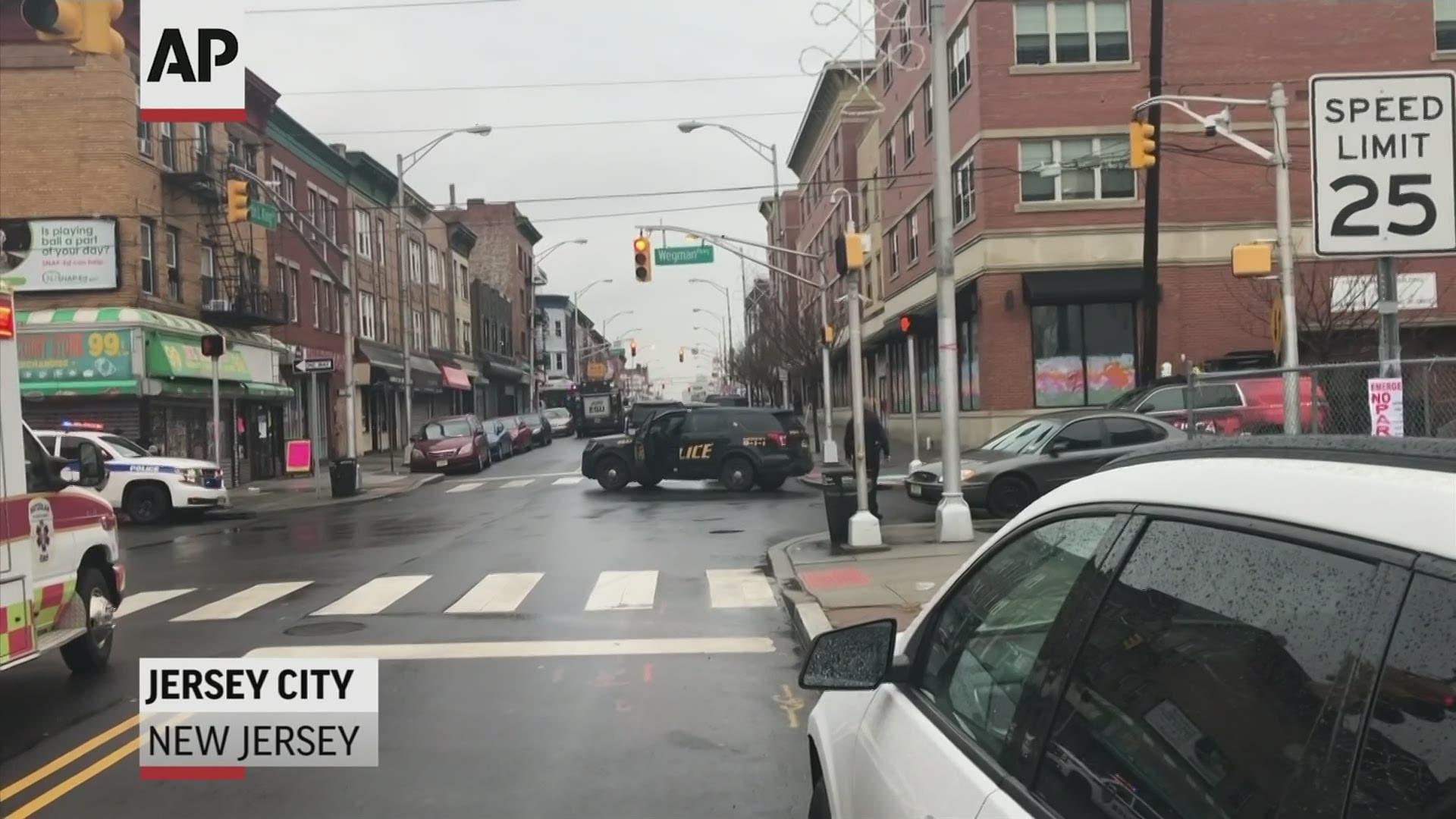 WASHINGTON — Authorities say a police officer, along with two suspects and three bystanders were killed in a sprawling shooting and standoff on Tuesday in Jersey City, New Jersey.

The shooting took place at two scenes, starting at a cemetery, where the officer was gunned down, and continuing at a kosher supermarket, where five more bodies were found, Police Chief Michael Kelly said in a press conference.

Chief Kelly said that officers were under "high power rifle" fire "for hours" and "hundreds of shots" were fired. He explained that two of the five people found dead within the supermarket are believed to be suspects and three are believed to be civilians.

Authorities do not believe, at this time, that terrorism was a motive. And they said they have no evidence the incident is related to any hate crimes.

Chief Kelly wouldn't say what led to the shooting, but said he believes the New Jersey City officer who died was trying to stop some "bad guys." He identified the deceased officer as Jersey City Detective Joseph Seals.

Seals leaves behind five children, according to Chief Kelly, and was a veteran police officer of over 15 years.

A nearby Catholic school is on lockdown, but the archdiocese says all staff and students at the Sacred Heart School were safe.

The White House said President Trump has been briefed and is monitoring the situation. Trump tweeted condolences for the victims and families and said he will offer assistance to state and local officials.

Video from the scene showed a line of police officers armed with weapons pointed in several directions walking down the sidewalk.

The area has a Catholic school, a few convenience stories, a kosher supermarket and a hair stylist.

Sudhan Thomas, President of the Jersey City Public School's Board of Education, said several schools in the area were on lockdown due to "active police actions."

The New Jersey State Policemen's Benevolent Association wrote a message on Twitter asking for support for its officers responding to the incident.

This is a developing story and will be updated.