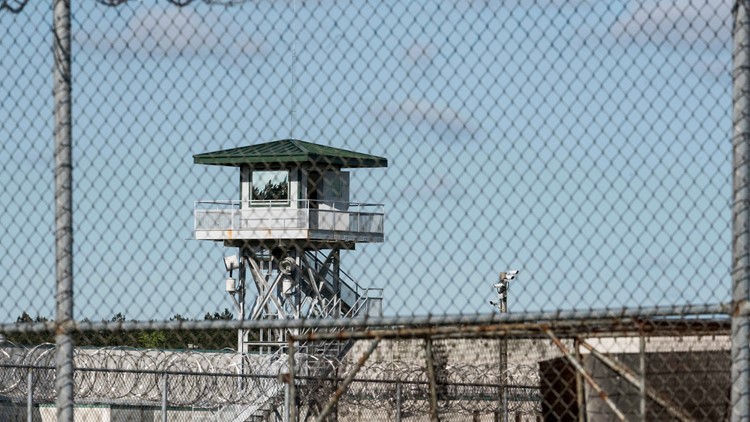 Photo by: AP
FILE - In this April 16, 2018, file photo, a guard tower stands above the Lee Correctional Institution, a maximum security prison in Bishopville, S.C., the morning after seven inmates were killed amid fighting among prisoners. South Carolina prison officials say their re-entry programs can serve as an example to some of the ideas federal officials would like to implement to cut down on the number of people who end up back behind bars (AP Photo/Sean Rayford, File)

BOISE, Idaho — A transgender woman who is serving a 10-year prison term for sexually abusing a 15-year-old boy could be the first inmate to start a sex reassignment surgery via a court order this week.

The 9th Circuit Court of Appeals ruled that the state of Idaho has to give inmate Adree Edmo gender confirmation surgery, NPR reports.

U.S. District Judge B. Lynn Winmill's ruling had the support of a panel of judges, who wrote, "responsible prison officials were deliberately indifferent to Edmo's gender dysphoria," which they said violated the Eighth Amendment.

According to the Law Information Institute, the Eighth Amendment states, "Excessive bail shall not be required, nor excessive fines imposed, nor cruel and unusual punishments inflicted."

Edmo is scheduled for release in 2021 and is ineligible for parole. After the surgery, she is expected to be transferred to the state's women's prison.

The Idaho Press-Tribune reports she was diagnosed with gender dysphoria by prison doctors, a medical condition that causes dissonance between a person's gender at birth and what they identify with, which can be harmful or distressing.

Edmo testified she has cut herself, even going to the length of trying to castrate herself twice in prison due to her dysphoria. She said she has tried dying by suicide throughout her lifetime, the newspaper reports the court documents to show.

Her requests for gender confirmation surgery were denied, even though the treatment for extreme cases of dysphoria includes it.

After suing the Idaho Department of Correction and Corizon Health, Edmo was granted to have the surgery be provided by both within six months.

In response, Idaho Gov. Brad Little has threatened to take the case to the U.S. Supreme Court to keep the surgery from happening.

The circuit court has granted Edmo to start presurgical treatment as the surgery itself continues to be legally questioned.