March For Our Lives could be the biggest single-day protest in D.C.'s history 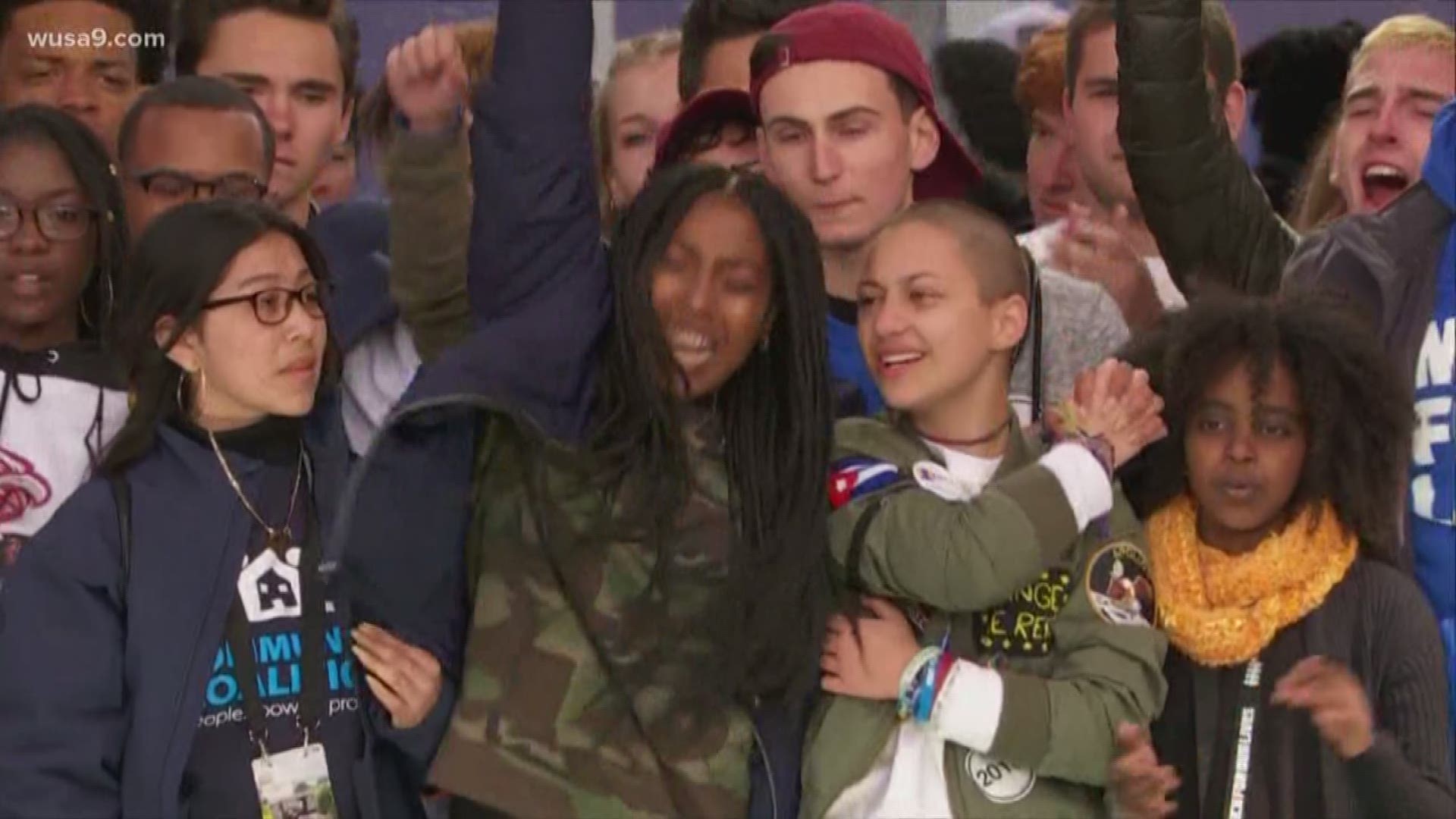 March for Our Lives organizers estimate 800,000 protesters attended the gun-control demonstration in Washington, D.C. on Saturday.

If they're correct, the event would be the largest single-day protest in the history of the nation's capital. The total is bigger than the inaugural Women's March, which brought 500,000 to D.C., according to the Washington Post.

The number doesn't include large rallies in cities such as Boston, Houston, Minneapolis and Parkland, Fla., the site of the Valentine's Day attack at Marjory Stoneman Douglas High School that left 17 people dead.

An impressive crowd gathered today in DC for the #MarchForOurLives rally pic.twitter.com/hiPRYcb7OJ

Organizers of the March for Our Lives rally had hoped to exceed the half million protesters mark. The Women's March, which took place the day after Trump's inauguration, is considered the biggest one-day protest in recorded history, according to the Washington Post.